U.S. Solar Giant Sunrun About to Become a Rooftop Juggernaut. 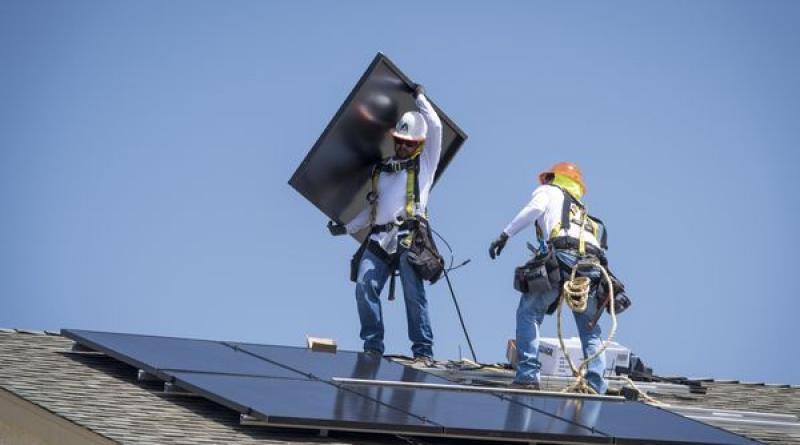 Sunrun Inc., America’s biggest rooftop-solar company, is set to become a behemoth through its $1.46 billion takeover of a major rival, Vivint Solar Inc.

The agreement, announced late Monday and subject to approvals, is one of the industry’s biggest, following Tesla Inc.’s 2016 purchase of debt-plagued SolarCity Corp., as well as the failed 2015 acquisition of Vivint by SunEdison Inc., the clean-energy giant that went bankrupt soon after.

“Sunrun will be freaking big,” Joe Osha, an analyst at JMP Securities, said in an interview. “They are clearly looking for ways to get scale and efficiency.”

Sunrun shares surged as much as 20% before the start of regular trading in New York. Vivint climbed 31%.

The deal, which values Blackstone Group Inc.-backed Vivint at $3.2 billion including debt, comes as America’s rooftop-solar industry works its way back from the worst of the coronavirus pandemic. Door-to-door sales -- a key marketing strategy for installers -- practically ceased as states imposed lockdowns, while installations were slowed or canceled.

There’s evidence that the sector may be rebounding. Investor enthusiasm for rooftop-solar equities has surged after March lows, companies have lined up financings in recent weeks, and there have been efforts to ramp up the digitization of operations.

Amid the pandemic, rooftop solar “could be an industry that picks up faster than others,” Hugh Bromley, an analyst at BNEF, said in an interview. “People are staying home thinking about renovations and they’re seeing their power bills increase while they’re running the air conditioner around the clock.”

Sunrun has been America’s largest rooftop-solar company for more than two years, edging aside Tesla, which had inherited the throne from longtime king SolarCity. Tesla’s market-share has shrunk since the acquisition amid strategic shifts and competition from rooftop rivals including Sunnova Energy International Inc. and SunPower Corp.

New leases and power-purchase agreements represented about 27% of American residential-solar systems prior to the pandemic. Marketing is usually the biggest expense for American installers, and the companies said in a statement Monday that the deal will create $90 million in annual “cost synergies.”

The acquisition, which is expected to close in the fourth quarter, is an all-stock transaction, under which each share of Vivint will be exchanged for 0.55 shares of Sunrun. The combined company would have an enterprise value of $9.2 billion, they said Monday.

Eurelectric boss: Rooftop solar will be as common as having a fridge.