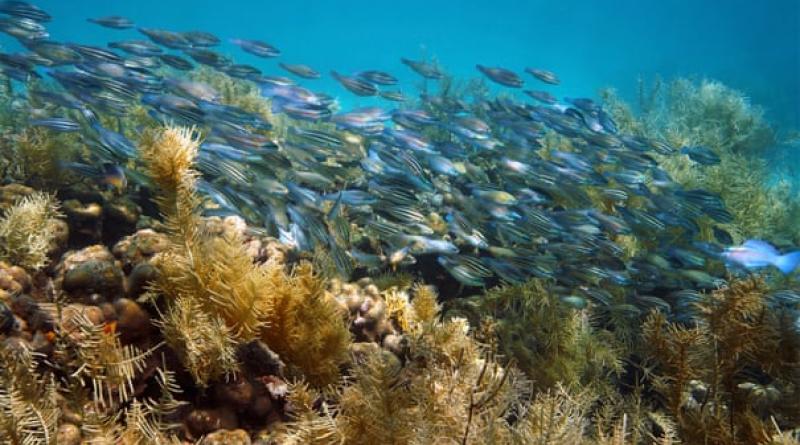 Proposals cite climate change as most severe threat to US reefs, which may be in danger of disappearing in some places.

In a long-awaited move from the Trump administration, the US has proposed critical habitat protections for twelve coral species in the Caribbean and Pacific Ocean. The rules would protect over 6,000 sq miles (nearly 16,000 sq km) of critical coral habitat.

The rules cite climate change as the most severe threat to all 12 coral species across their range. Impacts of the climate crisis include ocean acidification, which hinders the ability of corals to grow, and ocean warming, which causes corals to expel the algae living in their tissues in a phenomenon known as coral bleaching. Fishing and land-based pollution have also contributed to the species’ decline.

Coral reefs are some of the most biodiverse ecosystems in the world, and their annual economic value in the US exceeds $3bn a year, according to a Noaa report.

Action is crucial to save the nation’s reefs. A recent report found that the coast of Florida today retains just 2% of its original coral cover, and Caribbean corals are currently in the midst of a disease outbreak.

The proposed protections in the Pacific cover 230 sq miles (600 sq km) of critical habitat for seven threatened corals around island territories including Guam, American Samoa and the Northern Mariana Islands. Four of these species belong to the reef-building genus Acropora, an important group that has proven particularly vulnerable to human stressors.

The protections in the Caribbean would cover 5,900 sq miles (15,000 sq km) of critical habitat for five threatened corals off the coast of Florida, Puerto Rico and the US Virgin Islands. These include iconic species like pillar coral, mountainous star coral and lobed star coral. Some of the new Caribbean protections overlap with those already in place for threatened elkhorn and staghorn corals, which have been devastated by white band disease.

“I don’t like to say that reefs in Florida are on their last legs, but if we don’t increase our efforts to save them soon, they will be,” said Andrew Baker, a marine biologist with the University of Miami who specializes in the impact of climate change on coral reefs. “We spend a lot of time lamenting the loss of coral reefs, but we need to remember there’s still a lot left to lose.”

Baker called habitat protections “a necessary but insufficient step” for helping coral species threatened by climate change. “The critical habitat designation in and of itself isn’t going to protect corals from climate change directly, but it does prevent certain potentially destructive activities from occurring in these habitats,” he said.

While good news, the planned protections have been slow to arrive. The Center for Biological Diversity sued the Trump administration over lack of habitat protections for these species in August 2019, five years after the corals were initially listed under the Endangered Species Act in 2014.

“Imperiled plants and animals are supposed to get habitat protections at the same time they are listed,” Sakashita said. “It obviously took a lawsuit to compel protections.”

Why there is hope that the world's coral reefs can be saved.

To Save the Climate, Look to the Oceans.