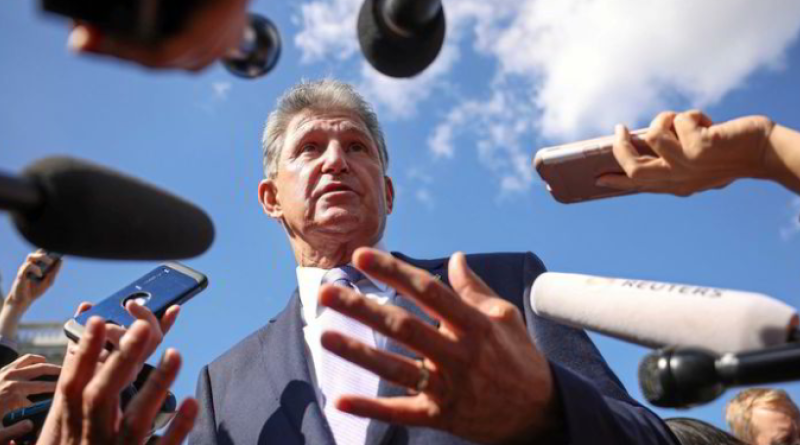 The surprise breakthrough tax and climate bill agreed yesterday by maverick coal-state Democratic senator Joe Manchin and Senate majority leader Chuck Schumer includes generous tax credits that would make green hydrogen cheaper to produce than grey in many parts of the US — at today’s prices, at least.

Hydrogen: hype, hope and the hard truths around its role in the energy transition

Will hydrogen be the skeleton key to unlock a carbon-neutral world? Subscribe to Accelerate Hydrogen, powered by Recharge and Upstream, and get the market insight you need for this rapidly evolving global market.

r kilogram (adjusted for inflation) — depending on the levels of lifecycle emissions and staff wages.

According to the latest figures from analyst S&P Global Platts, polluting grey H2 (made from unabated natural gas) costs $1.71-2.18/kg to produce, depending on where in the US it is made — all of which is cheaper than hydrogen produced elsewhere in the world, due to sky-high natural gas prices outside the US. Platts puts the cost of producing green hydrogen from renewable energy and electrolysis in a range between $3.73/kg in the US Northwest and $6.50/kg in the Southeast.

As the tax credit effectively takes $3/kg off the production cost, it would make green hydrogen produced in the US Northwest, Midcontinent, Southern California and the Rockies the cheapest in the world, at today's prices.

The size of the tax credits available to US clean hydrogen producers depends on the lifecycle greenhouse gas emissions of each project — and more importantly, on how much staff are paid.

So the basic tax credit rate for “qualified clean hydrogen” is set at $0.60/kg, with a sliding scale depending on lifecycle emissions — measured in carbon dioxide-equivalent (CO2e) — of the H2 produced.

The lifecycle emissions would have to be verified “by an unrelated third party”, and only projects that start construction before 2033 would qualify.

However, the wage requirement in the new bill seems to be the most important part of the deal — multiplying the size of the tax credit by a factor of five.

Producers would be eligible for this boost if they ensure “that any laborers and mechanics employed by contractors and subcontractors in the construction of such facility… shall be paid wages at rates not less than the prevailing rates for construction, alteration, or repair of a similar character in the locality in which such facility is located as most recently determined by the Secretary of Labor”.

Importantly, these lifecycle emissions are calculated from “well to gate” — in other words, they would include upstream methane emissions in the production of blue hydrogen (made from natural gas with incomplete carbon capture and storage).

Blue hydrogen projects would be ineligible for H2 tax credits if they already receive federal tax credits for carbon capture and storage.

With Manchin on board, the bill is likely to be passed by the 50-50 US Senate, with vice-president Kamala Harris giving the deciding vote — unless the other unpredictable maverick Democratic senator, Kyrsten Sinema tries to block it.

“I am pleased to report that this will be, by far, the biggest climate action in human history,” said Brian Schatz, Democratic senator for Hawaii.

What is hydrogen energy? And what's the difference between blue and green hydrogen? | News glossary