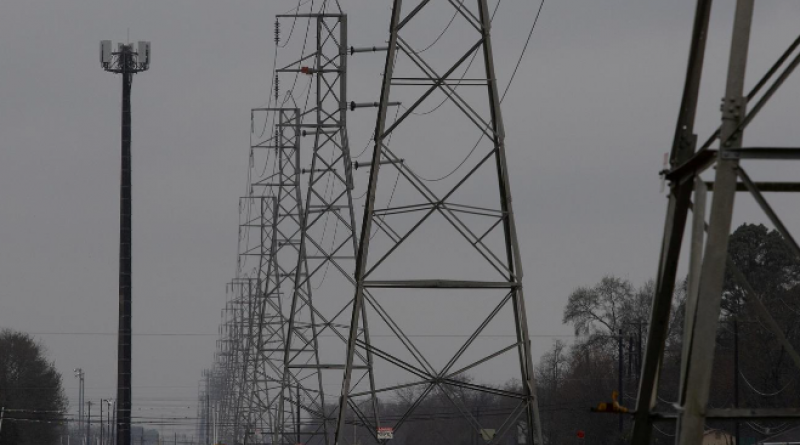 WASHINGTON (Reuters) - U.S. federal energy regulators said on Monday they will examine threats that climate change and extreme weather events pose to the country’s electric reliability in the wake of last week’s deadly Texas freeze that left millions of people without power.

“We must do everything we can within our statutory authority to ensure that the electric grid is capable of keeping the lights (on) in the face of extreme weather.”

FERC, which regulates the interstate transmission of electricity, oil and natural gas and approves fossil fuel projects such as pipelines, could play a big role in President Joe Biden’s promise to make the power grid emissions-free by 2035.

It was not immediately clear how FERC, a panel of five commissioners which has a 3-2 Republican majority until about June, can keep help power delivery reliable in an age of extreme weather events.

A decade ago, after a milder Texas cold snap led to power outages, FERC probed ways to protect the grid and wrote recommendations for winterization of natural gas and other installations.

"We followed up on those for a couple of years, but actual implementation was in the hands primarily of the Texas authorities who run the grid, and as memories faded most of those steps were not taken," former FERC chair Cheryl LaFleur told Reuters in a video interview here.

She said the severity of last week’s freeze, which killed at least two dozen people, should prompt a stronger response.

Earlier this month, Glick, a Democrat, said FERC will create the panel’s first position to oversee environmental justice. The person will ensure that FERC decisions do not unfairly hurt historically marginalized communities with pollution, he said.

The commission also said its enforcement office is examining wholesale natural gas and electricity market activity to see whether an investigation is necessary on market manipulation or other violations during the Texas frigid snap.

Wholesale power prices in the state soared more than 300-fold, stirring memories of price spikes that accompanied California’s energy crisis of 2000-2001, when Enron and others artificially boosted prices.

On Saturday, U.S. Senator Tina Smith wrote to regulators, including FERC, calling for an investigation of any price gouging by natural gas producers and suppliers. Spot prices in some cases rose to nearly 100 times usual levels.

FERC’s surveillance office identifies any potentially anti-competitive or manipulative behavior to determine whether investigations are appropriate. FERC also screens daily and monthly trading at most U.S. physical and financial natural gas trading hubs and the organized and bilateral wholesale electricity markets, and may work with other federal agencies on the review, it said.