The untapped green energy potential of the Baltic States. 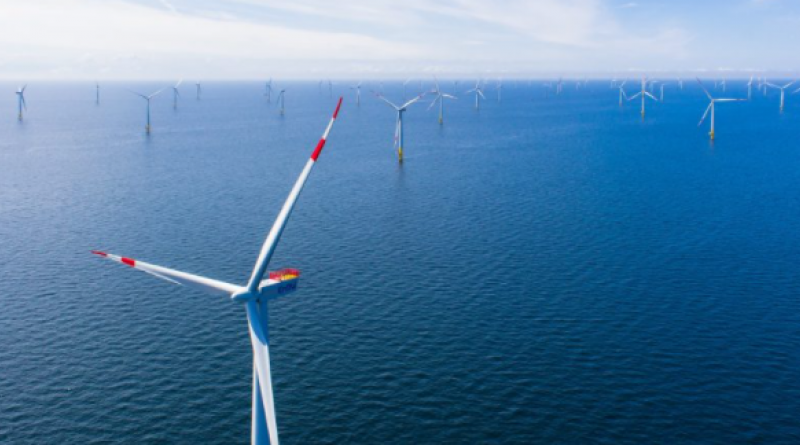 Offshore wind could not only propel the Baltics to the forefront of the energy transition, but also to the ranks of clean energy exporters, writes Lukas Trakimavičius.

Lukas Trakimavičius works at the Research and Lessons Learned Division of the NATO Energy Security Centre of Excellence. He previously worked at NATO and the Lithuanian Ministry of Foreign Affairs. The views expressed in this article are the author’s own and are contributed in a purely personal capacity.

As the global energy transition gathers speed, the Baltics may not seem like its obvious frontrunners. Despite making great strides in making their energy systems cleaner, fossil fuels still remain a staple of their energy diet.

However, growing evidence suggests that the Baltics have a massive offshore wind energy potential, which could have a game-changing effect for the entire region. Chances are, wind turbines could not only propel the Baltics to the forefront of the energy transition, but also to the ranks of clean energy exporters.

As things stand, few would argue that the Baltics are on the cutting edge of the clean energy transition. Like most of their European peers, they get the bulk of their energy from fossil fuels such as oil and natural gas. These are either imported from far abroad or, as is the case with Estonian oil shale, mined from deep underground.

Meanwhile, renewables such as onshore wind, solar or hydropower still account for a tiny fraction of their overall energy needs. In 2019, these energy sources met some 2.6 percent of Lithuania’s, 4.6 percent of Latvia’s and 1.3 percent of Estonia’s total primary energy demand.

Granted, the overall share of renewables is vastly greater once biomass is added into the mix. Yet, some scientists argue that fuels such as firewood or wood pellets may not be the most environmentally sustainable sources of energy.

However, what the Baltics lack in fossil fuels, they make up for with an abundance of wind in the Baltic Sea, which can be harnessed and converted into electricity.

Though currently none of the Baltics have any windmills in the open seas, all three have major offshore wind plans for the future. Lithuania, for example, intends to have at least 700 megawatt (MW) of offshore wind farms in operation by 2030.

Latvia and Estonia are also eying to co-develop a joint 1,000 MW wind farm in the Gulf of Riga. On top of that, Estonia wants to have a 1,000 MW offshore wind park near the island of Saarema by 2028, in addition to a slew of other projects that are under consideration.

All of this sounds great, but it could just be the beginning. According to a recent WindEurope study, the Baltic Sea could be the next big thing for Europe’s energy transition. It is estimated that Lithuania could have up to 3,600 MW, Latvia up to 2,900 MW and Estonia up to 1,500 MW of offshore windfarms by 2050.

If this generation capacity could be met, the study claims that the Baltics could potentially export around half of their offshore wind electricity to neighboring states.

Obviously, it is difficult to say with certainty just how much electricity would the Baltics be able to export and others would like to import. After all, to get to a zero-carbon future, the Baltics and their neighbors will have to undergo tremendous changes by 2050.

Not only will they have to make energy use more efficient, but they will also have to decarbonize and electrify large portions of their economies.

Still, if the Baltics would harness their full offshore wind potential and would continue to develop other renewable sources of energy, there are few doubts that a good chunk of their electricity might still be available for export.

To get more bang for the buck, the Baltics could also take some of this newfound electricity and transform it into green hydrogen using a process known as electrolysis. Green hydrogen could be used for manufacturing, transport, heating or converted back into electricity to back up the grid.

Or it could simply be exported to neighbouring states. This step would prevent excess electricity from being wasted and also help decarbonise those sectors of the economy where electrification is difficult.

It goes without saying that green hydrogen not only would assist in the energy transition of the Baltics and their neighbours, but would also support the European Union’s goal of achieving climate neutrality by 2050.

Granted, such a colossal task of reshaping the Baltic energy systems would be neither easy nor cheap. The costs of windfarms, the energy infrastructure on the land and everything in between would run into the tens of billions, and would take decades to build. And even then it’s unlikely that the Baltics could quit fossil fuels for good.

Given the intermittency of offshore wind, the trio would most likely have to rely on natural gas to balance their grids.

Fortunately, there is reason to believe that things are about to change. According to the International Renewable Energy Agency, thanks to technological improvements and higher capacity factors, offshore wind could become competitive with fossil fuels by 2030.

Similarly, as the availability of renewable energy will increase and the costs of electrolysers will plummet, green hydrogen might become competitive with fossil-fuel based hydrogen as early as 2030.

In the end, the vision of harnessing the wind at an unprecedented scale and transforming the Baltics into clean energy exporters would be nothing short of a “moonshot”. It would require monumental efforts and investments, and the market conditions would have to be right.

Yet, in the event that they would succeed, the Baltics would make history by becoming more energy secure, more in tune with the environment and better positioned to meet the challenges of the future than ever before.

Now, isn’t that a goal worth striving for?

Why oil giants are swapping oil rigs for offshore windfarms.