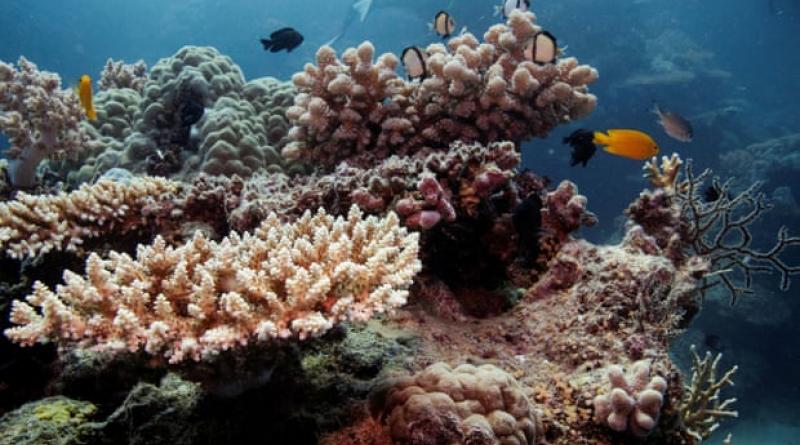 Conservationists and recreational fishing groups have told Guardian Australia the Queensland government’s rollout of major fisheries reforms, designed to tackle the issues along the reef, has stalled.

Some recreational fishers have walked away from government-run working groups in frustration, saying they will not rejoin until the state government passes new regulations to cap the amounts and types of fish that can be caught.

Queensland’s fisheries minister, Mark Furner, said the government remained committed to the reforms and they were still “on track”.

The Great Barrier Reef has seen three major outbreaks of coral bleaching in the past five years – events driven by climate heating that can kill and weaken corals and severely disturb the ecosystem.

The federal and state governments agree the reef’s greatest threat is from climate change, but there is also broad agreement that local impacts – including improving water quality and tackling unsustainable fishing – could buy the reef more time.

The Great Barrier Reef Marine Park Authority quietly published its first broad position statement on fishing in late August, laying out a series of issues. The only previous fishing statement, from 2007, covered just one fishery.

So-called “incidental catch” of at-risk species – including dolphins, whales, dugongs, saw fish, sea snakes, turtles and some shark – was “the most significant fisheries sustainability issue” in the marine park, the authority said.

The use of large nets in one fishery put marine wildlife at risk from entanglements and death.

While there was some regulation, over-fishing was causing significant declines of saucer scallop, east coast Australian snapper, pearl perch, black jewfish and some shark species.

“Over-fishing and illegal fishing can compromise the long-term sustainability of stocks and impact the resilience of the marine ecosystem,” the reef marine park authority’s statement says.

An authority spokesperson said statements were used to lay out its position “on an issue where it has strong interest, but is outside its direct regulatory control”.

The authority has zones in the marine park that tell recreational and commercial fishers what they can do and where. But the Queensland government is responsible for regulating fishing.

The state government’s 10-year sustainable fisheries strategy up to the year 2027 would help address the threats if it were fully implemented, the statement said.

But the Australian Marine Conservation Society, WWF Australia and some recreational fishing groups told Guardian Australia that progress on the strategy had ground to a halt.

John Bennett, president of the Mackay Recreational Fishers Alliance, said: “I’m worried that if this [strategy] doesn’t go ahead, then the future looks more like the past.”

Bennett is one of seven recreational fishers who wrote a letter to the Queensland premier, Annastacia Palaszczuk, in late May to say they were standing down from working groups set up to deliver the reforms.

In the letter, seen by Guardian Australia, the group wrote that the strategy’s implementation had stalled at the political level and this was “a betrayal of the good faith we placed in you and your elected colleagues”.

Bennett said reforms were passed in September 2019 setting restrictions on the recreational catch of several species, but promised rules on the commercial sector had not followed.

In 2019, a five-yearly report on the health of the reef downgraded its long-term outlook to “very poor”, with climate change recognised as the reef’s greatest threat.

Tooni Mahto, a fisheries and threatened species campaigner at the marine conservation society, said the reforms had been urgent for a decade.

There was excitement among stakeholders when the Palaszczuk government committed to the fisheries reforms, she said, but they had “hit a brick wall”, with no significant steps since September 2019.

Mahto said regulations waiting to be tabled to parliament included rules to force commercial fishers to land sharks whole instead of dividing them up at sea. Without reform, fisheries managers were in the dark about which sharks were being caught, and how many.

Also waiting, she said, were new rules that would divide fishing areas into smaller and more manageable zones, set catch limits and put monitoring cameras on boats to confirm when fishers had caught endangered species such as dugongs and turtles.

“Fishers can be out there catching endangered wildlife and the authority has no idea what’s being caught,” she said.

There was one more sitting week left before the Queensland government entered caretaker mode ahead of the 31 October election and that time needed to be used to push regulations through, Mahto said.

Simon Miller, who works on sustainable fisheries at WWF Australia, said removing the use of large gill nets from the reef was a key issue. The charity asked the government to remove all nets between Cooktown and the Torres Strait to protect a stronghold for dugongs.

The fisheries minister said in a statement the government was committed to its reforms “to safeguard fisheries for our children and grandchildren”.

A third annual progress report, due to be released earlier this year, was delayed due to the Covid-19 pandemic but was expected before the end of the year. That government report charts progress against targets.

The minister said risks to threatened species from nets was a key objective and that proposed management strategies would give more protection.

Urgent management actions had been introduced to rebuild populations of scallops, pearl perch and snapper, which were all depleted. There were plans to review the status of Spanish mackerel.

Black jewfish are prized for their swim bladders – considered a delicacy and an aphrodisiac in some Asian markets. The fish was currently a “no take” species “to address concerns about black marketing of this high value fisheries resource”, Furner said.

“The reforms are still under active consideration by the government. A sustainable fishery is critical to supporting jobs in both the commercial and recreational fishing industries.”

Is it too late to save the Great Barrier Reef?