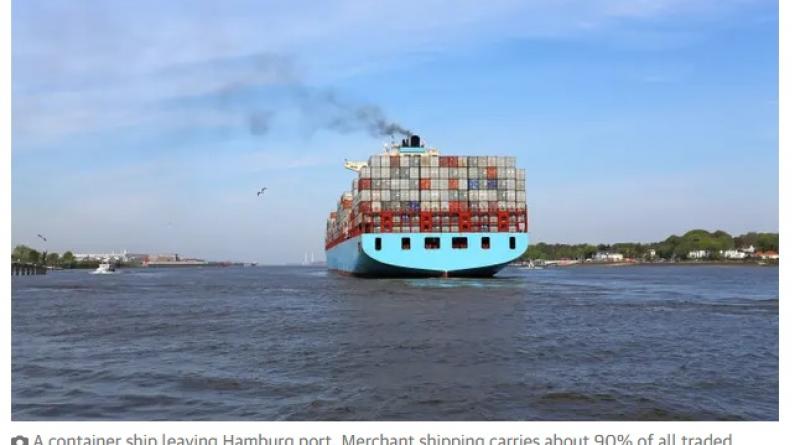 A decision by the International Maritime Organization (IMO) and its member states not to revise its emissions reduction strategy until the spring of 2023 has been criticised as “dangerous” by environmental campaigners.

At the Marine Environment Protection Committee (MEPC) meeting, convened by the IMO, one of the first global green summits after Cop26, Kitack Lim, the UN body’s secretary general, told delegates: “The world is watching us.” And on Tuesday, the meeting chair, Hideaki Saito, spoke of the “urgency” of all sectors accelerating their efforts to reduce greenhouse gas emissions in light of the Glasgow climate pact earlier this month.

Saito said the committee “recognised the need to strengthen the ambition” of the IMO’s current strategy to cut international greenhouse gas emissions from shipping in half by 2050. The strategy, which falls far short of what is needed to remain in line with the Paris agreement, was criticised as inadequate by the UN secretary general, António Guterres, in October.

But the decision to wait until 2023 to adopt a yet to be revised strategy, was described as “minuscule progress” by environmentalists in the face of a climate crisis already upon us.

The chair said the committee could agree to invite interested member states and international organisations to submit concrete proposals for a revised strategy to MEPC78, next year, for consideration, but to MEPC80 (in 2023), for adoption.

“To spend two years thinking about revising a strategy – is this incredibly tiny step a valid response to the climate crisis? We are not in climate denial but we are in climate delay and that is dangerous.”

At the meeting in London, John Maggs, the president of the Clean Shipping Coalition, told delegates that sticking to the Paris target of 1.5C required “deep cuts in emissions right now”. To delay meant “losing the effect of two years of ambition”, he said.

Many UN member states are already committed to tighter emissions reductions in their shipping sectors. At Cop26, a coalition of countries including the UK, US, France, Germany, Panama and the Marshall Islands, signed a declaration committing to “strengthen global efforts” to reach net zero on shipping emissions by 2050.

The EU is also committed to a reduction under its “fit for 55” target to cut shipping emissions by 55% by 2030. Under the proposed law, shipping companies will need to pay for the carbon they emit travelling to and from the EU and between EU ports by 2026.

A resolution for zero emissions by 2050 by the Marshall Islands and Solomon Islands was discussed for two days by delegates, but found support among only a minority of countries. They included Canada, Japan, New Zealand, Ukraine, UK, US, Vanuatu and Iceland. Others, including the EU27, Georgia, South Korea, the Bahamas and Norway supported the targets but not the 2050 resolution.

Notably, several EU countries that endorsed the zero-emission shipping declaration at Cop26 failed to support the IMO resolution to make that a goal.

Several countries spoke against the 2050 resolution and the 2050 zero-emission target, including Brazil, China, Russia and Saudi Arabia.

However, not everyone agreed that progress was insignificant.

Edmund Hughes, an independent consultant who formerly worked for the IMO secretariat, said that achieving agreement for a more ambitious strategy was an “important first step” for the IMO and member states.

“It is clear from the discussion that there needs to be greater ambition than the 50% by 2050,” said Hughes. “That is not seen as sufficient from many governments and will certainly not meet the goals of Paris.

“Achieving an agreement about the revised strategy is an important first step. Once you have revised the strategy you will have an understanding of what the goal is. Governments will only go forward at the pace they want to go forward.

“The European member states are in a difficult position because they are currently negotiating the ‘fit for 55’ proposals, which have impacts for shipping.”

EU Carbon Market to Expand to Shipping, Housing and Transport