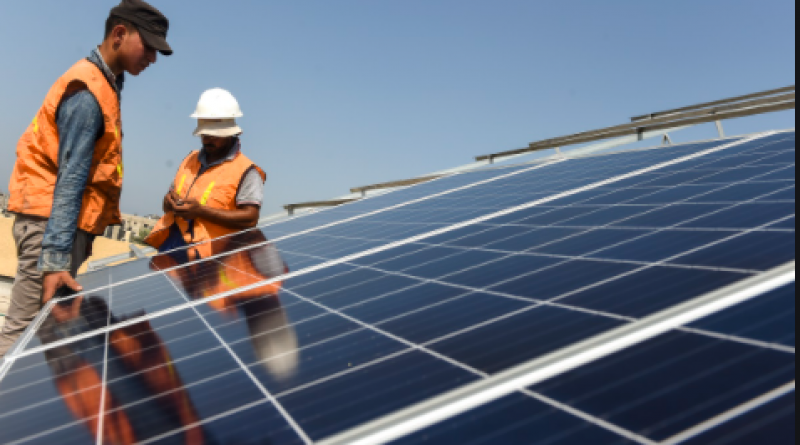 As pressure mounts for urgent climate action, UN Secretary-General António Guterres today issued a global roadmap to achieve a radical transformation of energy access and transition by 2030, while also contributing to net zero emissions by 2050.

The roadmap sets an aggressive timeline to ensure that 500 million more people gain access to electricity in a mere four years’ time, by 2025, and 1 billion more people gain access to clean cooking solutions. This would require that annual investment in access to electricity and clean cooking increase to US$ 35 billion and US$ 25 billion, respectively. The required investment represents only a small fraction of the multi-trillion-dollar global energy investment needed overall, but would bring huge benefits to one-third of the world’s population.

“We face a moment of truth,” the Secretary-General said. “Close to 760 million people still lack access to electricity. Some 2.6 billion people lack access to clean cooking solutions. And how we produce and use energy is the main cause of the climate crisis. We must solve these challenges this decade. And we must start today. With the global roadmap at hand, we can together realize the potential of energy as a crucial enabler for the achievement of the SDGs and the objectives of the Paris Agreement, ensuring a more prosperous, equitable and sustainable future for people and the planet.”

The global roadmap is a major outcome of the UN High-level Dialogue on Energy held on 24 September, at which over 130 Heads of State and Government and global leaders from business and other sectors announced over $400 billion in new finance and investment for clean energy as part of voluntary commitments called Energy Compacts. These Compacts are examples of the concrete actions and partnerships required under the global roadmap, in order to achieve clean, affordable energy for all by 2030 – Sustainable Development Goal 7 – and net zero emissions by 2050, in support of the Paris Agreement on Climate Change.

Targets and timelines for action

The most immediate target in the roadmap calls for no new coal power plans to be in the pipeline after 2021. This has been an area of mobilization in the lead-up to the energy summit, and a “No New Coal Power” Energy Compact was announced by the Powering Past Coal Alliance and UN-Energy with seven partner governments so far: Chile, Denmark, France, Germany, Montenegro, Sri Lanka and the United Kingdom.

By 2030, the roadmap calls for tripling annual investment for renewable energy and energy efficiency globally as well as global renewable power capacity, and phasing out coal power plants altogether by 2030 for OECD countries and globally by 2040. At the same time, universal access to electricity and clean cooking solutions must be achieved, including electricity for all healthcare facilities and schools worldwide, and 60 million new jobs created in renewables and energy efficiency.

Looking ahead, the global roadmap urges governments, businesses and all stakeholders to step up and drive the global energy transition forward through transformational partnerships. Additional Energy Compacts should continue to be mobilized, including through a global energy compact action network, supported by UN-Energy, the coordinating body that brings together over 25 UN system and international organizations working on various aspects of sustainable energy.

The roadmap calls for the UN system to significantly scale up its efforts towards attaining SDG 7 and net zero emissions, and for strengthening UN-Energy, which will coordinate and monitor progress on the Energy Compacts and implementation of the roadmap through the 2030 target year.

Under the leadership of its Co-Chairs, Achim Steiner, Administrator of UNDP, and Damilola Ogunbiyi, the Special Representative of the UN Secretary-General for Sustainable Energy for All, who have also served as Co-Chairs of the High-level Dialogue, UN-Energy will continue to spearhead commitments and partnerships and sustain the momentum created by the Dialogue, including the Energy Compacts. Serving as the Secretariat for UN-Energy is UN DESA, under the leadership of Under-Secretary-General Liu Zhenmin, who also served as Dialogue Secretary-General.