UN climate chief on coronavirus and climate change: We must ‘address these two fundamental, existential crises together’. 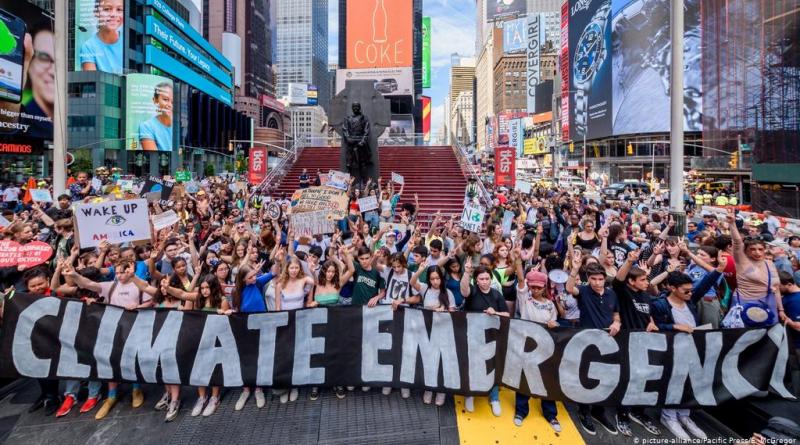 Patricia Espinosa, executive secretary of the United Nations Framework Convention on Climate Change, continues to wrangle world leaders to make and meet ambitious targets to reduce carbon emissions — even amid the pandemic.

Patricia Espinosa, executive secretary of the United Nations Framework Convention on Climate Change, is tasked with taking the climate crisis threat head-on. As the chief of the UN's climate conferences, she wrangles every country on the planet to make and meet ambitious targets to reduce carbon emissions.

Speaking with The World's host Marco Werman from her home in Bonn, Germany, Espinosa asserts that the climate crisis is "the biggest threat to humanity now and into the future," and adds that "the climate crisis was there before COVID-19 started" and has not "taken a break because of COVID-19."

Espinosa believes that "humanity needs to address these two fundamental, existential crises together," and that a COVID-19 recovery needs to include and integrate climate change in all decision-making and policy decisions. She tells The World's host Marco Werman more about working on the climate crisis amid a pandemic, how she helps keep world leaders on task, and what motivated her to take on the climate crisis fight.

Marco Werman: There was supposed to be the UN's big annual climate change meeting, COP26, this fall, which is seen as an especially important meeting. Countries were going to be asked to submit even newer, ambitious targets for cutting carbon. That meeting's now been pushed back to 2021. Was that a difficult decision?

Patricia Espinosa: It was indeed a very difficult decision. We need to put at the center of our decisions the well-being and the health of people and also to make sure that we can have full, inclusive participation of all actors. At the same time, we need to bear in mind that the deadline for submission of the new climate plans by 2020 was established a few years back in Paris. That deadline has not changed. We are grateful that so far, a bit over 10 countries have already presented, submitted, new or updated nationally determined contributions. But, no doubt, we need many more to come as soon as possible.

Last week, UN Secretary-General António Guterres said the trillions of dollars being spent on pandemic economic recovery could "either serve as a slingshot to hurdle climate action forward or it can set it back many years." So far, in economic recovery packages, the G20 governments are spending a lot more to bail out coal, oil and gas companies than they are spending on renewable energy. Without the benefit of the high-profile international meeting until next year, how can someone in your position pressure the world's governments now to prioritize lowering carbon emissions in their recovery plans?

It is certainly a big challenge. I cannot say that it is not a challenge. What we are trying to do is to make the point that aligning these recovery packages to a sustainable agenda is really the only way to proceed. How can you qualify a recovery that brings us back to a system — a way of operating — that we know is completely unsustainable? Can we say that is a recovery? Can we say that is something that will bring us forward? We need to get away from the idea that ... choosing a sustainable path is more difficult, more costly [or] does not provide opportunities.

To that end, Secretary Guterres was in Beijing this week, urging China to stop funding coal projects. I know you've taken a very different approach, trying to engage with oil and gas companies, not talking about them very much publicly. Why do you think that's a better approach?

The energy sector has been historically a sector that has in many ways helped to shape the world, in general. That sector represents also not only, of course, very important businesses for many companies, but also a source of jobs for many, many, many people around the world. So, we really need to bring that sector on board. But we also need to bear in mind that this transformation has to be fair and just and has to bring everybody along.

What keeps you up at night? Why does climate change mean so much to you personally?

I had the opportunity to be educated in an international school. My parents are Mexican, but they decided to send me and my siblings to a German school. I started to have a lot of interest in international relations. The more I was experiencing it, I realized the well-being of people anywhere in the world was closely linked to what happened elsewhere in the world. And I remain convinced that climate change is really the biggest threat to humanity and that it requires so much from everyone around the world.

Growing up, what did young Patricia Espinosa see specifically that informed you of the situation?

My home country, Mexico, is a very vulnerable country to climate change. We were seeing droughts. We were seeing floods whenever there was one of these extreme weather disasters, there were a lot of people dying, a lot of suffering. So then, governments started building up their response structures. We came to realize that even with a stronger response, that suffering could not be contained because the damage to nature has been really too much.

Can the world get down to net-zero carbon emissions in your lifetime? What will it take to get there?

I don't know whether this will happen in my lifetime, but I certainly think that getting to net-zero by 2050 is possible. I do think that humanity has the resources in terms of ingenuity, of course. We have fantastic youth everywhere around the world, youth that are developing in a really global environment. So, I think this is possible.

This interview has been edited and condensed for clarity.