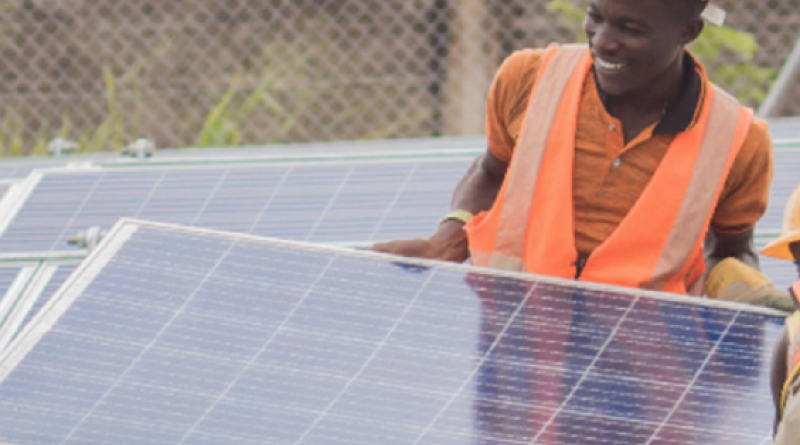 This week, eleven game-changing initiatives will be celebrated as winners of the prestigious UN Global Climate Action Awards during the UN Climate Change Conference COP26 in Glasgow.

The recipients of this special 10th anniversary edition of the Awards are being recognised as some of the most practical, scalable and replicable examples of what people across the globe are doing to tackle climate change.

This recognition will culminate in an Award Ceremony at 18:00 - 19:30 GMT on 10 November 2021. Internationally renowned CNN Anchor and Correspondent Isa Soares will serve as the event’s Master of Ceremonies. The Awards Ceremony will feature inspirational videos and a musical performance by Müller & Makaroff (Gotan Project), who will present ANTROPOCENO.

The Awards have been spearheaded by UN Climate Change (UNFCCC) since 2011. The Executive Secretary of UN Climate Change, Patricia Espinosa, is expected to speak at this special ceremony at COP 26.

“While we have the Paris Agreement as our guide, and nations and businesses promising to work together to keep us moving forward, people often need to see practical examples of what real climate action looks like before they themselves act,” she said.

“That’s why the work of these Award winners is so important. This is what inspiring leadership looks like.

“These awards are about more than shining a light on climate action; these award-winning projects are beacons guiding us towards a better future,” said Ms. Espinosa.

This year’s award-winning projects demonstrate leadership on climate change by nations, businesses, investors, cities, regions and civil society as a whole. They range from the world’s first renewable island community in Denmark to the leading debt-financing provider for distributed solar energy in Africa to a London-based fashion house focused on environmentally, ethically and socially conscious style for a sustainable future. Other winning activities include a UK crowdfunding platform enabling people to support home solar in Sub-Saharan Africa, and Mexico’s first metropolitan-level climate action plan.

“Everyone has a role to play when it comes to confronting the climate crisis,” said Gabrielle Ginér, Chair of the Advisory Panel. “The recipients of the UN Global Climate Action Awards are stepping up with the kind of bold and courageous leadership we need to see much more of to avoid the ever-worsening impacts of climate change.”

These 11 award-winning projects fall within three focus areas: Climate Neutral Now, Financing for Climate Friendly Investment and Climate Leaders. The winning projects will be showcased at a series of special events during the second week of COP 26, between 9-11 November 2021. The schedule for these events is available online.

Representatives from the winning activities are in Glasgow and are available for media interviews.

The 2021 winners of the UN Global Climate Action Awards are:

Microsoft | Global: Carbon neutral since 2012, Microsoft is now committing to remove from the environment all the carbon the company has emitted either directly or by electrical consumption since it was founded in 1975 by 2050.

Taylors of Harrogate | United Kingdom: An independent family tea and coffee business whose carbon neutral product certification is from ‘field to supermarket shelf’ accounting for all the emissions from cultivating, processing and shipping its tea and coffee.

House of Baukjen  | United Kingdom: A London-based fashion house whose business and operations follow in every way the circular economy ideal, from production to materials being cycled, and does so while being carbon negative.

SunFunder  | Africa: The leading debt-financing provider for distributed solar in Africa and other emerging regions, bringing access to energy and long-term climate investments. To date, it has closed over USD 150 million in loans to 57 solar companies.

Energise Africa  | Africa: A UK crowdfunding platform enabling people to support renewable energy projects (home solar) in Sub-Saharan Africa. To date, it has raised over £25 million in investments from everyday people putting their money to work for climate action and the SDGs.

Self-reliance & Solar in the West Bank & Gaza | State of Palestine: The first private sector investments in domestic power supply to help jump-start renewables and support economic development in the West Bank and Gaza, supported by the International Finance Corporation.

City of Paris | France: By 2050, the City of Paris aims to reduce local emissions by 100%, achieving the goal of zero emissions in Paris, promoting an 80% reduction in the carbon footprint of Paris compared to 2004 levels.

High quality photos and video footage of each project, as well as fact sheets and web cards are available for download here.

Reasons to be hopeful: the climate solutions available now.