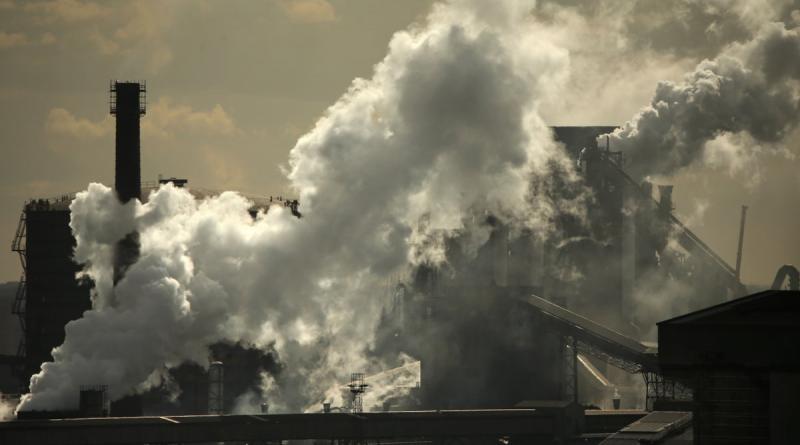 A panel of 23 citizens from Tees Valley and County Durham also said the UK’s journey to net zero should ‘increase equality in society’.

The UK’s biggest emitters should be made to pay carbon taxes – with the funds raised going towards efforts to tackle the climate and nature crises, a “citizens’ climate jury” has said.

A panel of 23 people from Tees Valley and County Durham were asked to take part in the first of four citizens’ climate juries which are to be held across the UK.

The group, which ranged in age from 16 to 75 and covered a spectrum of occupations, came up with 32 recommendations for how both the UK and their local area should tackle the climate crisis “in a way that is fair for everyone”.

In addition to backing the introduction of a carbon tax for the UK’s biggest polluters, the jury also said that the UK should introduce a national nature service and more scholarships to help people get into “green jobs”.

They also recommended the introduction of an “Attenborough award” – akin to a Duke of Edinburgh award – to inspire children to take an interest in nature.

The panel spent more than 20 hours speaking virtually with climate experts, local councillors, trade unionists and nature groups before coming up with their recommendations.

In a joint statement, the jury said: “A fair response to the climate and nature emergencies needs to increase equality in society.

“Businesses and investors need to be part of the solution. Where they aren’t willing to act in the way that’s needed, they need to be regulated. They need to be incentivised to act, but there needs to be penalties if they don’t.

“The cost of acting now is much less than the cost of inaction, both in the UK and worldwide.”

The jury also said that regions should be given more power and access to information to allow them to come up with climate policies “tailored” to the needs of local communities.

“Every area is unique and a ‘one-size-fits-all’ approach isn’t going to work,” the jury said.

On the issue of introducing a carbon tax in the UK, the jurors said: “Carbon taxation should be introduced but it should be incremental and targeted at those with the worst environmental impacts, such as the biggest carbon emitters.

“This money should go exclusively towards tackling the climate and nature crises.”

The panel was organised by the Institute for Public Policy Research (IPPR), a progressive think tank based in London. The next three panels will be held in the valleys of south Wales, Thurrock and Aberdeenshire.

It follows on from the UK’s “climate assembly”, a first-of-its-kind project that asked the public its opinion on how the country should reach net-zero emissions by 2050.

All of the findings will be relayed to the think tank’s environmental justice commission, a cross-party effort to come up with “fair and just policies” for reaching net zero in the UK.

Green party politician Caroline Lucas, who is co-chairing the commission, said: “Sometimes ministers give the impression that they don’t believe the public will accept bold policies in response to the climate emergency, but these proposals from people from all walks of life, shows this couldn’t be further from the truth.

“There’s a real appetite for an ambitious approach to addressing the climate and nature crises, provided that those policies also increase equality, improve wellbeing and put local communities in the driving seat. Co-producing plans with local people isn’t an optional ‘nice to have’ – it’s critical to a successful outcome.”