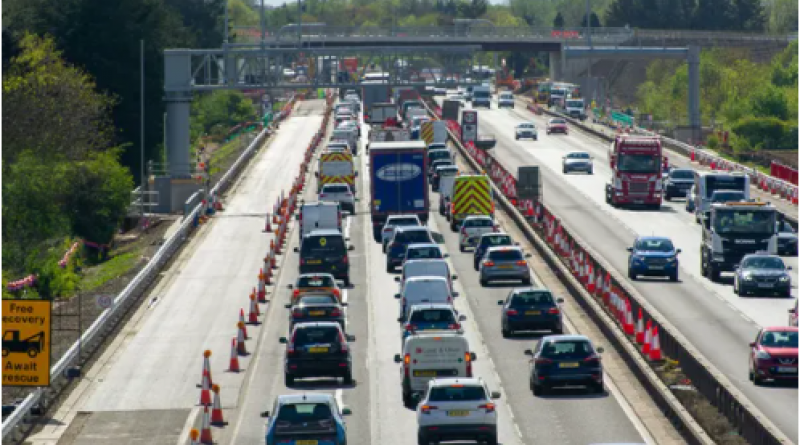 The UK’s climate targets will cost the government less over the next 30 years than the price of battling the Covid-19 pandemic if it acts quickly, according to the UK’s fiscal watchdog.

Forecasts from the Office for Budget Responsibility (OBR) show that ending the UK’s contribution to the global climate crisis would add 21% of GDP to the national debt by 2050, or £469bn in today’s terms. But those costs could climb twice as high if the government delays action to cut emissions.

The independent spending forecasts found that taking early action to decarbonise the economy would have a smaller net impact on the UK’s finances than Covid or the 2008 financial crisis.

But the spending watchdog said that delaying climate action until the start of the next decade, which is considered crucial in averting dangerous levels of global heating, would end up adding twice as much to the national debt as acting fast. Failing to take action could have a catastrophic impact on the public finances, the OBR warned.

Richard Hughes, the OBR chair, said: “We saw over the last 18 months how countries that acted quickly to contain the domestic spread of coronavirus experienced fewer deaths, shallower recessions, and earlier economic recoveries.

“And our modelling of the dynamics of climate change suggests that early decisive action to tackle carbon emissions could halve the overall fiscal cost of getting to net zero.” 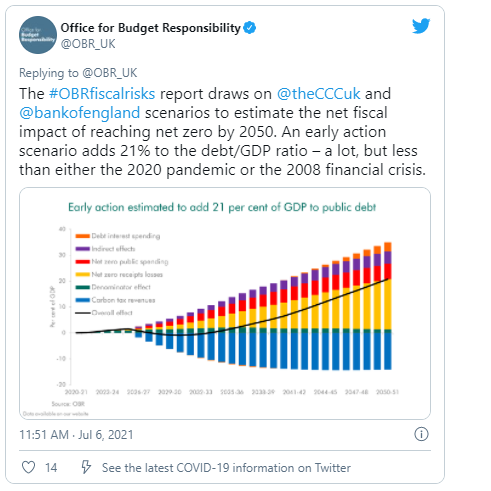 The UK has legislated to build a “net zero” carbon economy by 2050, in large part by phasing out fossil fuels in favour of electric heating and transport powered by renewable energy sources.

The spending watchdog found that climate action would bring costs and opportunities for the UK Treasury as it negotiates the choices and trade-offs involved in dealing with the major global threat.

Although the cost of decarbonisation will be significant, green spending “pays for itself” in areas including transport where battery technology could drive the lifetime cost of electric vehicles below those of petrol-driven cars.

The move towards a green economy would also be partly offset by savings from more energy-efficient buildings, which would reduce the net cost to the state to £344bn in real terms, the OBR added.

But in other areas, such as phasing out household gas boilers and road fuel taxes, there are “significant” net costs which society “will need to bear if it is to successfully decarbonise”. 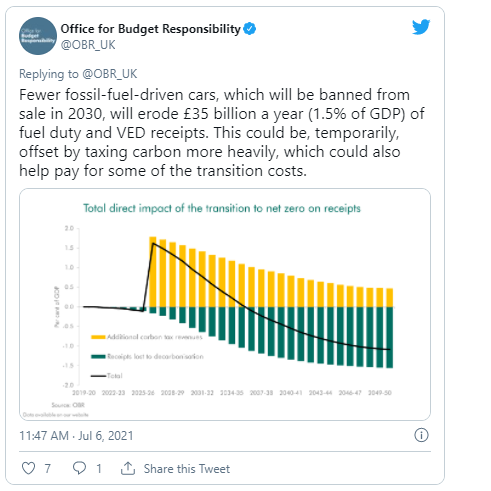 Hughes said an “early action” scenario in which the UK ramps up carbon taxes and boosts investment in green technologies from the mid-2020s would add about 20% of gross domestic product to the government’s debt over the next 30 years, which was slightly less than the pandemic is expected to add in just two years.

But if left unchecked the impact of the climate crisis could cause public debt to spiral by 289% of GDP by the end of the century.

The OBR’s figures are in line with the UK’s official climate advisers, the Climate Change Committee, which estimated last year that the total cost of reaching net zero by 2050 would be “surprisingly low” at £1.4tn, offset by savings of £1.1tn, with an overall net cost of £321bn over 30 years. 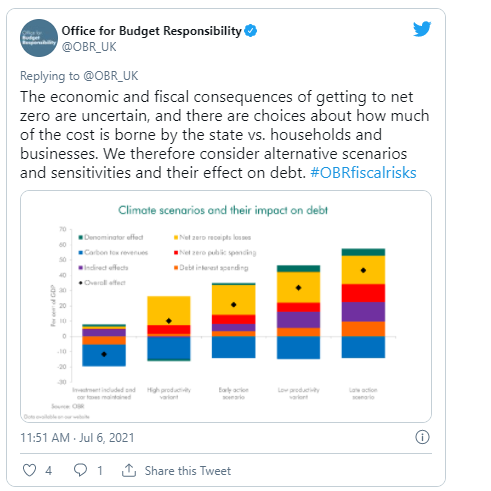