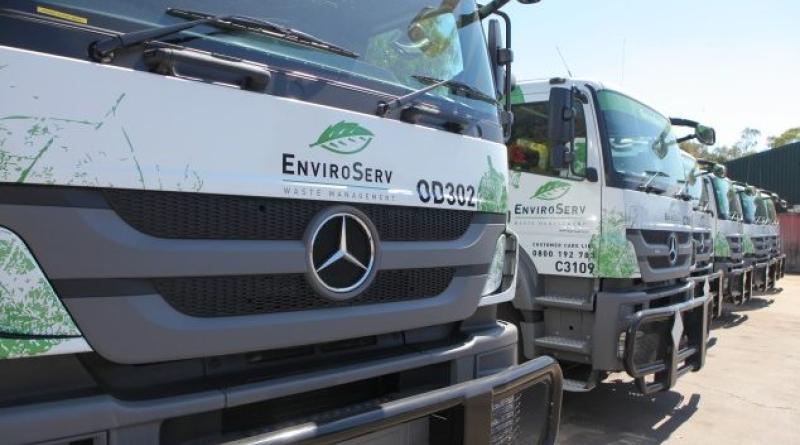 EnviroServ Proprietary Holdings wants to improve its performance in Uganda with new equipment. The subsidiary of the French group Suez has just acquired 34 vehicles for the collection and transport of oil and gas waste, notably as part of its contract with Tilenga, a project developed by TotalEnergies E&P.

The order was placed with the Wiltshire, England-based car company Victoria Motors. Of the 34 vehicles purchased at a cost of $10 million, a first batch of seven was recently handed over to EnviroServ Proprietary Holdings. A second batch of 12 trucks will follow in two months’ time, said Dickson Mwesigwa, Victoria Motors’ sales and marketing manager, following the delivery of the first trucks.

EnviroServ will gradually take possession of the remaining 15 trucks. The Ekurhuleni, South Africa-based company specialises in municipal and industrial waste management. It will use these trucks to carry out its contract with Tilenga, a project developed by the French oil company TotalEnergies E&P.

A contract worth $89 million

The agreement was signed in April 2022. EnviroServ, which was recently acquired by the French group Suez, will collect and transport waste from drilling activities on the Tilenga oil fields in the Buliisa and Nwoya districts for five years. The waste will be transported to EnviroServ’s waste treatment and disposal centres in Nyamasoga and Kabaale, in the Hoima district of Uganda.

The value of the contract awarded to EnviroServ is $89 million. In addition to reducing the environmental impact of TotalEnergies’ operations in Uganda, the management of oil and gas waste will help preserve biodiversity, particularly in the Murchison National Park near the oil fields. The oil produced near Lake Albert will be evacuated via the East African Crude Oil Pipeline (EACOP). This project is strongly opposed by local communities and environmental organisations.

UGANDA: Equatorial and GIZ team up to solarize 27 rural clinics