Tunisian scientists alert on the degradation of Posidonia, the lungs of the Mediterranean Sea 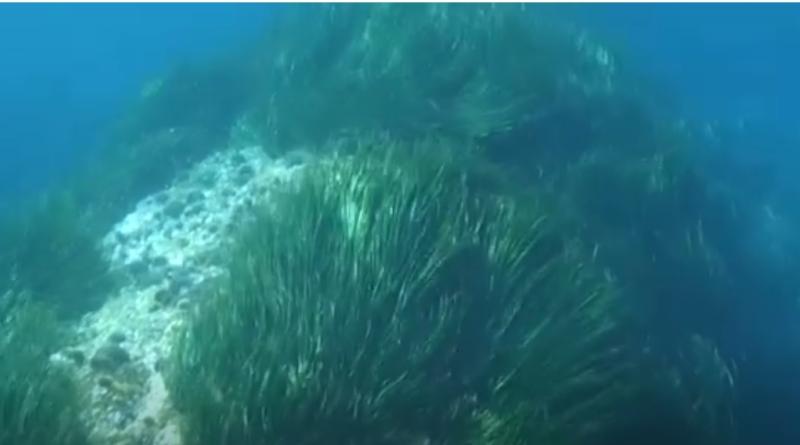 Tunisian specialists are sending an alarm on the damaging effects of the reduction of posidonia in the Mediterranean Sea. Over the years scientists have proven the seagrass meadows have a strong carbon absorbtion capacity. And according to this marine ecologist in Tunis, posidonia could also produce up to 20 litres of oxygen per square meter.

" Forests store carbon on land, and this is called green carbon. Underwater, it is referred to as blue carbon. So these ecosystems and especially posidonia, capture large quantities of carbon over thousands of years, what's more, if we compare them with land ecosystems, there are much more effective in terms of carbon storage and sequestration.", explains Rym Zakhama-Sraieb, researcher at the University of Tunis.

44% of Tunia's beaches at risk of erosion

The North African country is popular for its beaches, one of the great assets of tourism. However, over 40% of these dream spots are at risk since the seagrass species also helps to break the waves and prevent from erosion.

"The existence of all Tunisian economic activities relies on posidonia. Fishing is closely linked to the state of the meadows. Tunisian's coasts and its regression which can directly affect the tourism sector, is linked to the existence and presence of these posidonia_, says Yassine Ramzi Sghaier, a marine biologist, And if tomorrow there are no more banks, we run the risk of having more serious economic problems than those we are currently seeing."

The fishing industry which represents 13% of the country's GDP is also at risk as these underwater forests provide shelter for marine species.

Mazen Magdiche goes out fishing near Monastir, in the central coast of Tunisia and over the years he has seen the sea change : "The places where we used to fish, 100 metres away from the coast are different, especially when you get closer to the shore, where there used to be posidonia, that is now gone". The 45 year-old fisherman says these conditions are making it hard for him to continue his work, "The sea has been extremely affected and we are now struggling to find enough fish to make a living".

A study conducted 12 years ago in the Gulf of Gabes on Tunisia's east coast, found the massive degradation and disappearance of the seagrass bed was essentially due to illegal fishing and pollution.

The entire Mediterranean region is burning. Here’s why it will get worse