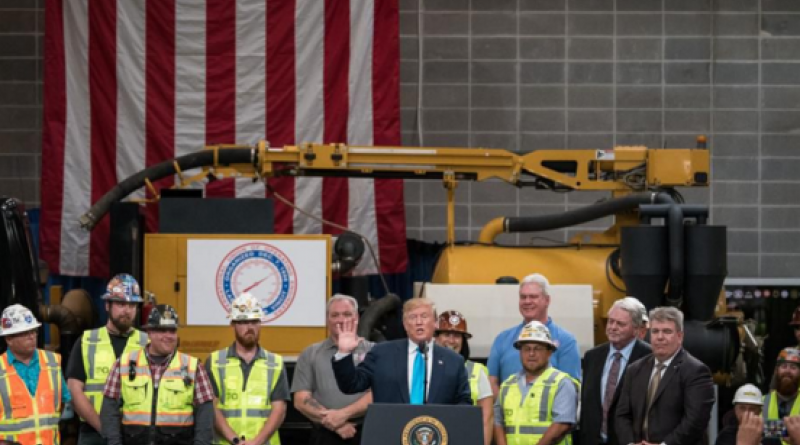 “Increasing export capacity from the Freeport LNG project is critical to spreading freedom gas throughout the world by giving America’s allies a diverse and affordable source of clean energy. Further, more exports of U.S. LNG to the world means more U.S. jobs and more domestic economic growth and cleaner air here at home and around the globe,” said  U.S. Under Secretary of Energy Mark W. Menezes.

“I am pleased that the Department of Energy is doing what it can to promote an efficient regulatory system that allows for molecules of U.S. freedom to be exported to the world,” said Assistant Secretary for Fossil Energy Steven Winberg, who signed the export order.

The announcement was made at the Tenth Clean Energy Ministerial (CEM10) in Vancouver, Canada where the DOE says it is “highlighting its efforts to advance clean energy.” Ministers gathered in Vancouver, Canada, with the goals of accelerating progress towards a clean energy future. The CEM10 website outlines its aims for the summit as:

The U.S. Government's statement overshadowed clean energy commitments by other nations at CEM10, which consists of 24 countries and the EU that together account for 90% of all investment in clean energy in the world and 75% of global GHG emissions.

The language has been met with widespread criticism, with Jay Inslee, the Governor of Washington running for the Democratic presidential nomination with an emphasis on climate change saying: “This has to be a joke.” In a later tweet he added: "I invite @SecretaryPerry and the Department of @Energy to come to Washington state to see our freedom panels and our freedom turbines."

The term “freedom gas” may have originated during a visit by U.S. Energy Secretary Rick Perry to the European Union in April. Perry has been known for natural gas consumption and freedom, statingthat: “Seventy-five years after liberating Europe from Nazi Germany occupation, the United States is again delivering a form of freedom to the European continent. And rather than in the form of young American soldiers, it’s in the form of liquefied natural gas.”

Using patriotic terms to distract from key political issues has been used by previous administrations. The term "freedom fries" was proposed in 2003 to show the government's displeasure as France opposed the invasion of Iraq. Then Republican Congressmen Walter B. Jones and Robert W. Ney even pushed the House of Representative’s restaurants to rename French toast as "freedom toast".

After taking office, President Trump withdrew the United States from the 2015 Paris Agreement on climate change, arguing that it disadvantaged U.S. companies. The decision received widespread criticism from across the world, with campaigners accusing the administration of threatening any hope of global collaboration on climate action.

The White House is also continuing to roll back environmental regulations, dismiss predictions about climate change impacts and restrict the language used by government scientists. These actions go against mainstream public opinion, with 72% of Americans saying that they consider climate change to be a moderate, serious, or imminent threat  and more Americans supporting than opposing the implementation of a carbon tax.

Trump’s plan to save coal: anti-environment, monopolistic, and probably unconstitutional

Trump Lied To Prince Charles's Face—And To The World