Trickle of States Around the World Producing All Power From Renewable Sources. 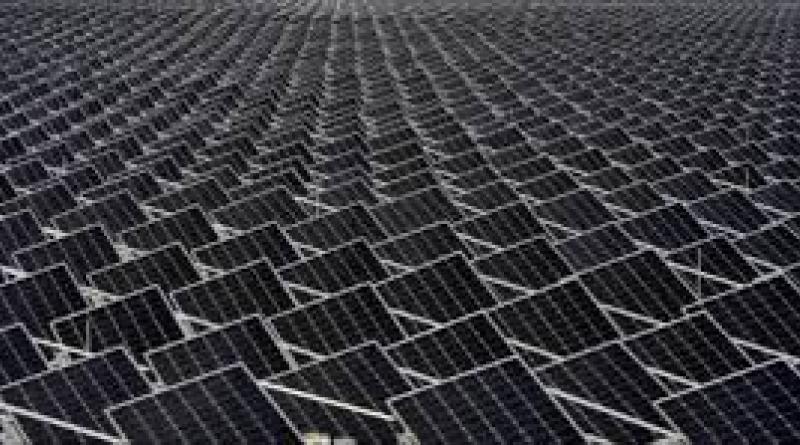 Power generation from wind and solar also depends on where on the planet's surface they are utilised and at which time of the year.

New Delhi: On March 9, Euan McTurk, an electric vehicle battery engineer, noted on Twitter that North Scotland was generating all its electricity using renewable energy – 91% from wind and the rest from hydropower sources. The carbon intensity of the electricity generation was zero because no coal, gas or oil were being used. 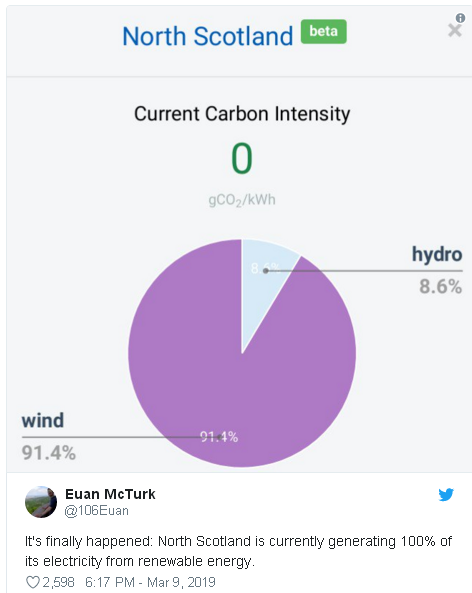 The data came from the UK-based National Grid, in partnership with the Environmental Defence Fund Europe, University of Oxford and World Wildlife Fund.

But the achievement wasn’t long-lived. By March 15, North Scotland slipped from its zero-carbon-intensity track to one of 50 grams of carbon dioxide per kilowatt hour of electricity generated (gCO2/kWh). The proportion of wind energy had plummeted to 77% while the use of gas had increased from 0% to almost 13%. Three hours later on the same day, the carbon intensity increased to 72 gCO2/kWh: gas made up 18.6% and wind had fallen to 40.8%.

This kind of fluctuation is not surprising. Renewable sources of power can either be variable – such as wind and solar – or fixed and available on demand – such as from biomass, geothermal and hydroelectric power. Because the share of wind and solar sources in the total renewable energy resources pool is quite large, the variability of energy supply is a key challenge when renewable sources have to be integrated with power grids.

Power generation from wind and solar also depends on where on the planet’s surface they are utilised and at which time of the year. “For example, India gets most of its wind energy in four months,” Tim Buckley, director of energy finance studies at the Institute for Energy Economics and Financial Analysis, Sydney, told The Wire.

Additionally, renewable energy was also more expensive than energy from non-renewable sources, often to the point of being an unviable replacement. However, prices have consistently fallen in this decade.

A 2018 report by REN21, a multi-stakeholder renewable energy policy group, noted that cost competitiveness of renewables had improved considerably. In 2017, 17 countries used renewable sources to generate more than 90% of their electricity. The report also noted that several countries had improved the integration of variable solar and wind energy into their electricity systems.

In 2018, Costa Rica generated all of its electricity using renewable sources for a 300-day period – beating its previous record of 299 days – in 2015. Its primary source of power was hydroelectric, with a 78% contribution.

Under Narendra Modi, India set an ambitious renewable energy target of 175 GW in installed capacity by 2022. This target was revised in 2018 to 227 GW by 2022. India has invested aggressively in wind energy in particular. By the end of 2017, the country had the fourth highest installed wind power capacity in the world, at 32 GW.

“India is a massive importer of fossil fuels. So the idea of coal exploration would also be to offset some of those imports. It would not entirely be for electricity generation,” Buckley said.