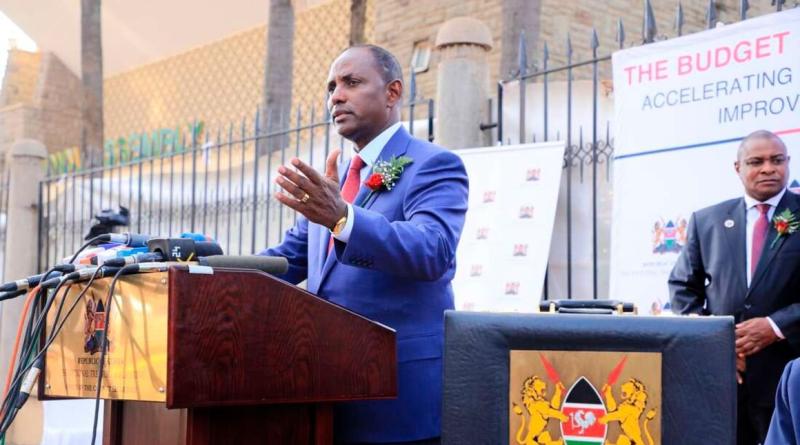 The Treasury has allocated Sh2 billion for nuclear development and exploration of coal amid calls to scrap the State agency.

A task force appointed by President Uhuru Kenyatta to look into the country’s power purchase agreement (PPAs) recommended the dropping of the Nuclear Power and Energy Agency (Nupea).

The John Ngumi-led team argued that it was unlikely that Kenya would go into nuclear power production soon.

But the Treasury has made the allocation in a major relief to the agency.

“To support the production of reliable and affordable energy, I propose…Sh2 billion for development of nuclear energy as well as exploration and mining of coal,” said Treasury Cabinet Secretary Ukur Yatani in his budget speech.

Nupea was established over a decade ago in anticipation of an economic boom that was expected to increase electricity demand both for manufacturing and households.

At the time, Kenya’s economy had recorded a Gross Domestic Product (GDP) growth rate of 8.1 percent, the highest it has seen in over 20 years.

The formation of the agency was initiated when the National Economic and Social Council (NESC) recommended to President Mwai Kibaki's administration the adoption of nuclear power to meet the growing electricity demand.

A huge chunk of the money was spent on paying salaries, wages and allowances and conducting environmental impact studies of the proposed nuclear power plants.

The funds have also been used to develop nuclear policies, assess the ideal location for the nuclear plants and train Nupea workers.

The Ngumi-led task force, in its report to President Kenyatta, noted that the entity is not necessary at all and that its functions can easily be carried out by the existing parastatals under the Ministry of Energy.

What can Kenyan herders teach us about living in a volatile world?