Transport committee chair: The aim is to put climate on political agenda in all sectors. 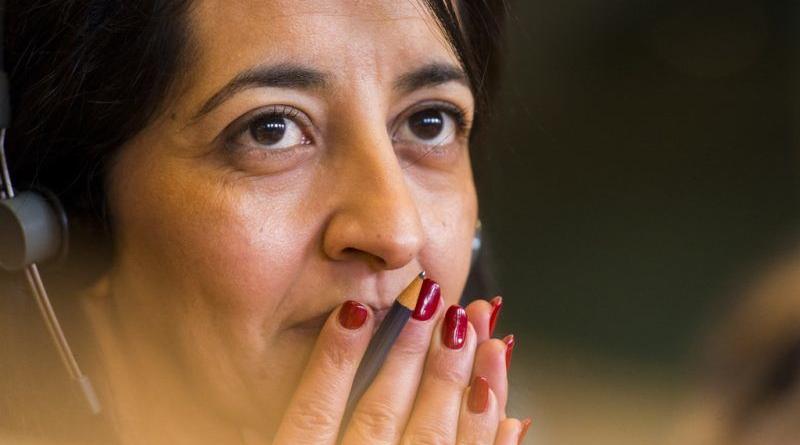 In an interview with EURACTIV’s partner le Journal de l’Environnement, the newly elected chair of the European Parliament’s committee on transport and tourism (TRAN), French Green MEP Karima Delli, spoke about her new priorities. These include relaunching the rail system, regulating transport in a climate-friendly manner and reducing car pollution.

Karima Delli has been an MEP since 2009. For the second time, an MEP of the European Greens was elected to lead the Transport and Tourism Committee (TRAN) on 10 July.

How do you assess your first term as chair of the Transport and Tourism Committee (TRAN) in the European Parliament?

We have succeeded in setting targets for reducing CO2 emissions from trucks and heavy goods vehicles [editor’s note: They will have to reduce their CO2 emissions by 15% between 2019 and 2025 and by 30% between now and 2030].

I am the initiator of a committee of inquiry that lifted the veil on Dieselgate. We have ensured that we will take further action on thermal, which will have to reduce their emissions by 37.5% by 2030. Among other things, that is what we have gained.

The European Parliament’s Transport Committee manages a budget for infrastructure and transports worth €35 billion; it is an important committee with most of its texts being legislative.

We tackle all sectors – urban mobility, cycling, maritime, air and public transport. The issue of global warming is one of the Committee’s main priorities. We are facing a huge responsibility.

The transport sector accounts for 30% of greenhouse gas emissions and is the disease of air pollution (600,000 deaths per year in Europe).

What are the other major ongoing and upcoming issues for the European Commission?

First of all, I am a big advocate of the train and bicycle. We will enter into negotiations on the text of passenger rights.

I will support the obligation for all regional and national trains at European level to have at least eight reserved bicycle spaces to accelerate the pace of soft mobility.

Cities need to seize this means of transport, which has a low carbon footprint and is accessible to all. As far as trains are concerned, we want to boost freight by 30% for every country and launch a rail renovation plan.

On the environmental front, I am campaigning to introduce a tax for heavy goods vehicles based on the polluter-pays principle, with revenue earmarked to finance sustainable urban mobility, freight recovery and road safety.

As far as the aviation package is concerned, we will review the question of the kerosene tax and all the means to find and invest in alternatives to flying. In particular, we are talking about relaunching night trains.

However, the sector should no longer be exempted from a fuel tax. With a single voice, Europe is capable of implementing it by showing it is possible to address the issue, encourage others to follow suit internationally.

I will also hold a European summit on the automobile sector’s transition, so that we can work on the hydrogen sector and vehicle recycling, for example. The urgency also concerns the 12 million employees who work in this industry. We will have to support the regions and have an action plan that will lead us to develop other mobility sectors by training these workers.

In the maritime sector, we will start tightening the standards for sulphur oxide (SOx) emissions. The objective is also to update the air quality directive to the levels recommended by the World Health Organisation (WHO).

We will also have to discuss limits for other particles such as PM2.5, which are not included in the European directive.

Of the 43 million vehicles worldwide affected by emissions cheating, less than one quarter have been recalled for compliance. Will this be another area of focus?

I would ask that these vehicles be recalled and that manufacturers be reminded of their obligations. That’s the most urgent thing.

However, this will not be enough. We need to make progress with regards to air pollution. I have also asked for the creation of an independent European vehicle approval agency.

In Europe, there are currently 29 procedures in twenty countries that do not comply with the standards. States have to respect their citizens’ rights to clean air.

Will the recent breakthrough of environmentalist parties on a European scale facilitate the work of the Transport Committee?

Yes, even if the Commission is still very conservative.

However, I am determined to put an end to the doublespeak. We are the fourth-strongest arm of the European Parliament, and the aim is to put climate on the political agenda in all sectors.

We will continue fighting. We will show that solutions exist and environmental goals are not incompatible with the economy.

When you invest in transport, it is a win-win situation for climate and employment.

Riding a bicycle to work reduces the risk of heart disease and cancer, according to a new UK study carried out by Glasgow researchers.

In the same week that the European Commission announced it would take six countries to court for breaking air pollution limits, three major cities said they would start legal action against the EU executive. They accuse the Commission of  giving in to automotive lobbies. EURACTIV’s partner La Tribune reports.

Parliament's top jobs at a glance

All boxes of the European Parliament’s complex power-sharing puzzle have now been ticked, after last week’s appointment of Slovak conservative Lucia Ďuriš Nicholsonová as chairwomen of the Social Affairs Committee. EURACTIV brings you all chairs of the Parliament’s 22 committees at a glance.