Transitioning to 100% renewable energy by 2050 would pay for itself. 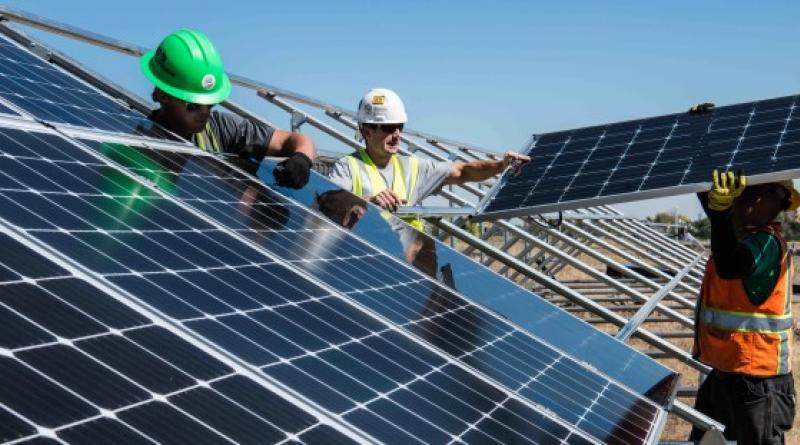 The cost of a global transition to 100% renewable energy would be $95 trillion CAD, but researchers say the investment would pay for itself in only seven years.

Transitioning to 100 per cent renewable energy on a global scale is a very ambitious goal, and a group of scientists led by Mark Jacobson, a civil and environmental engineering professor at Stanford University, has a plan to make it a reality.

This global effort would imply that 143 countries responsible for more than 99 per cent of global greenhouse gas emissions would transition to renewable energy by 2050. The cost is high, $95 trillion CAD, but according to their research, the investment would pay for itself in only seven years.

The CA$95 trillion investment would mean renovating power grids, manufacturing, transportation, as well as other systems to run on wind, solar and hydropower -- including having enough storage capacity to keep the lights on overnight. An initial investment that would eventually be rewarded with annual savings of over CA$14 trillion. The study presented this past December is a continuation of an initial study conducted by the research team to help establish the roadmap for the Green New Deal launched by the U.S. Democratic Party.

In an interview with The Weather Network, Jacobson explained that “Most people are not aware that it’s possible to transition to 100 per cent renewables.”

“They don’t know what the impact will be; they don’t know the costs,” he said. “One of the purposes of our most recent study was to provide numbers that policymakers and the public can then use to make better decisions.”

Jacobson affirmed that transitioning 80 per cent of all energy worldwide for all purposes to clean renewable energy by 2030, and 100 percent by 2050, would make CO2 concentrations, currently near 415 ppm (parts per million), decline to about 350 ppm by 2100. That would keep global warming since the early 1900s close to 1.5oC, avoiding the runaway greenhouse effect projected by many future climate scenarios as a result of fossil fuel burning. 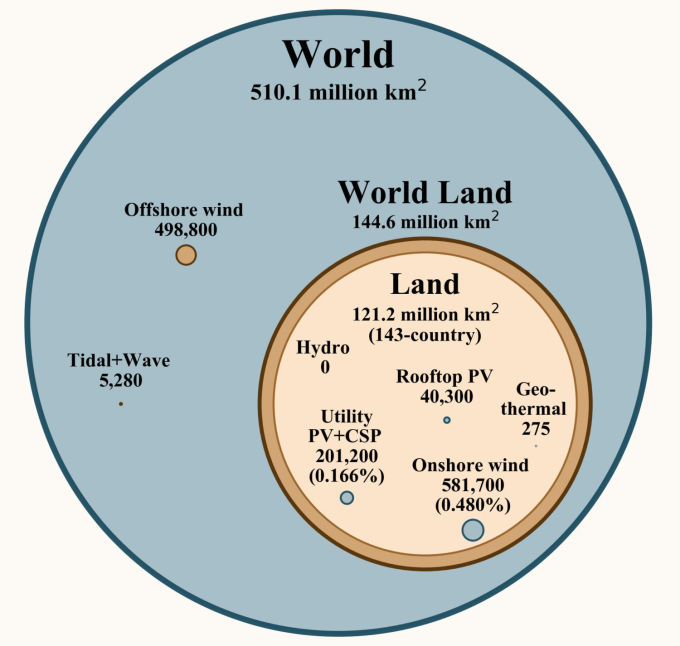 The roadmap drawn by the research team shows how the technology and logistics for all countries to be 100 percent renewable by 2100 is perfectly doable using solar, wind and hydropower. The proposal, however, does not include nuclear power, carbon capture and biofuels as part of this transition to new energy infrastructure.

According to the study, nuclear takes too long, as a plant constructed today would not be fully operational until the mid-2030s -- too late, considering the timeline proposed for the transition to clean energies. It is also too expensive compared to the proposed sources of energy and carries political and health issues that have to be taken into account.

Carbon capture is more expensive than shifting away from products that release carbon into the atmosphere in the first place. At the same time, it requires additional use of energy to remove the carbon from the air. In the long run, the study argues it’s better to spend the money on generating renewable energy rather than on carbon capture technology.

Certain biofuels are in the same ballpark since they also require a large amount of land, and when you burn them, you still create air pollution. For instance, photosynthesis is only 1 per cent efficient, where solar panels are 20 per cent efficient. This means you get 20 times more energy out of land installing solar panels than growing a biofuel crop. In addition, biofuel crops require large amounts of water, fertilizers, transport, processing and production.

Going 100 per cent renewable also has a very attractive payback in terms of health and jobs. Jacobson explains that, in the United States alone, 63,000 air pollution-related deaths per year would be eliminated, and 3 million long term full-time jobs would be created. On top of that, energy-related greenhouse gas emissions from one of the top contributing countries in the world would be eradicated. Worldwide, the transition would save the lives of 7 million people every year, and an additional $39 trillion CAD in health costs. The total cost of not transitioning is in the order of $100 trillion CAD per year when you add up the energy costs, the health costs and the climate impact costs.

According to Jacobson, “There is very little downside to transitioning to 100 percent renewable energy worldwide. The land requirements are less than 0.65 percent of the world’s land area, we would save millions of lives every year, create millions of stable jobs, and reduce the emissions related to global warming. There is an urgent need to start deploying as fast as possible.”

Why Renewable Energy Is the Best Industry to Invest in for 2020.

Double the Share of Renewables in the ‘Decade of Action’ to Achieve Energy Transition Objectives.