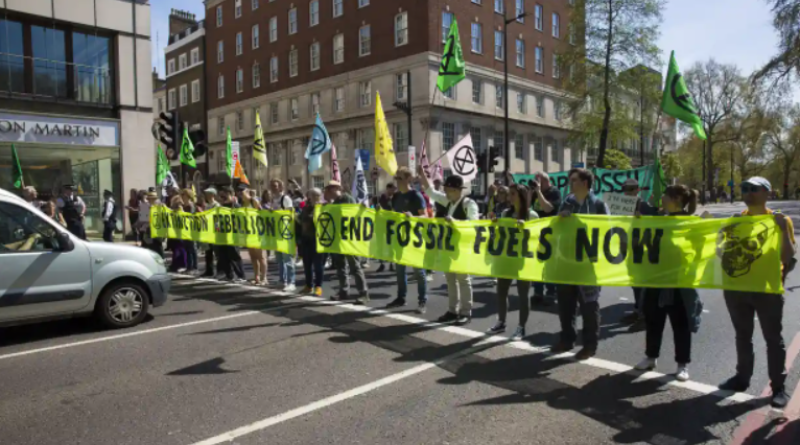 The Conservative party could lose more than 1.3 million voters if the government scraps its net zero target, research suggests.

A report by the centre-right thinktank Onward, which counts the levelling up secretary, Michael Gove, among its supporters, has found there is strong support for tackling the climate crisis among Tory voters despite attempts by some on the right of the party to campaign against the measures.

A small group of about 20 Conservatives last year formed the Net Zero Scrutiny Group (NZSG), which has been campaigning against measures to tackle the climate emergency and trying to link net zero plans to the cost of living crisis. The group is linked to the Global Warming Policy Foundation thinktank, which has denied there is a climate crisis. Steve Baker, a leading member of the NZSG, recently shared a report denying the crisis.

These efforts do not seem to have worked, as there is support among Conservative voters for the net zero target, according to a poll by Public First for Onward. It conducted two nationally representative polls on 15-23 February and 6-7 April, of 4,021 and 2,008 people respectively.

It found nearly half (46%) of voters said they would be less likely to vote for a party that pledged to get rid of the net zero target. Only 15% said it would make them more likely to vote for such a party. Ditching net zero is unlikely to win back those 2019 Conservatives who say they no longer support the party; among this group, 51% say they would not vote for a party that got rid of the net zero target, while only 18% said they would vote for such a party.

The report warns against complacency, pointing out: “There is a noisy campaign on the right of British politics, including from Nigel Farage, for greater accountability over net zero policies.”

It says there are concerns from the Treasury over the costs of net zero and that voters remember diesel cars and combi boilers they were told to buy by previous governments ended up being costly.

While those campaigning against net zero measures claim they are speaking on behalf of the poorest in our society, saying they will be forced to be “poorer, colder and eat insects” under climate action plans, there is strong support for climate measures among working-class voters.

The report found working-class Tories were more supportive of investing in renewable energy and more optimistic about new jobs in manufacturing than affluent Tories.

The authors said: “Any assumption that the Conservatives’ working-class voters are particularly sceptical about the benefits of net zero would be completely unfounded, according to our data.”

The Conservative MP Alexander Stafford, the vice-chair of the all-party parliamentary group on the environment, told the Guardian: “Action on net zero is electorally popular – thats why all major parties included it in their 2019 manifestos. Recent events such as the cost of living crisis and Putin’s invasion of Ukraine demonstrate that the need to push harder on net zero has never been greater. Any party who was to be seen as scaling back environmental ambition would not be thanked by voters. The Conservative party should continue to build on the work they have done to bring the country closer to net zero.”