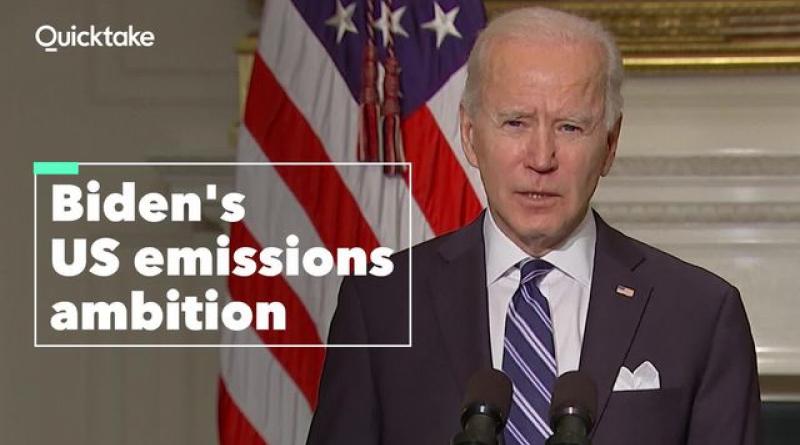 A new paper argues that returning to estimates for the cost of carbon dioxide used in the Obama era would leave the U.S. far behind its Paris Agreement goals.

Nobel laureate Joseph Stiglitz and Lord Nicholas Stern published a paper on Monday excoriating the U.S. government—and many of their own peers in economics—for methods used to estimate the cost of climate change. The warning from two influential economists that policymakers are understating the looming damage from warming temperatures comes just days before President Joe Biden’s administration is expected to release an interim report on what’s known as the “social cost of carbon.”

Calculations to define the social cost of carbon allow regulators to adjust federal benefit-cost analyses to account for environmental damage associated with fossil fuels, capturing potentially enormous economic impacts that aren’t reflected in market prices paid to fill a fuel tank or generate electricity by burning gas. This approach enabled President Barack Obama to go ahead with dozens of regulations that account for pollution from energy use. President Donald Trump’s team virtually eliminated the social cost of carbon to reverse Obama era policies, drawing criticism from many resource economists.

The paper from Stiglitz and Stern, chair of the Grantham Research Institute on Climate Change and the Environment at the London School of Economics, runs for 24,000 words and covers topics such as mathematical modeling to concepts such as intergenerational justice traced back Emperor Justinian I in the Sixth Century.  “We only had 75 pages in the paper so we couldn’t go through everything,” said Stiglitz, an economics professor at Columbia University.

Without a new approach to the social cost of carbon, the authors warn that the U.S. is significantly underestimating the financial impact of carbon emissions and hindering President Biden’s efforts to steer the country toward a net-zero economy by 2050.

Stiglitz and Stern assail U.S. policymakers' assumption that there’s only one market failure they need to consider: a lack of a price on greenhouse gases. Important to include too, they write, are inequality, technological innovation, disclosure of risk in capital markets, the incumbent power of existing infrastructure and social networks, and the damage from other kinds of pollution. They attack conventional models used in climate economics research and by the Obama administration.

“It is a fundamental mistake to begin the analysis of climate change under the premise that, but for the mispricing of emissions, the economy is efficient,” they warn.

The paper expands on their 2017 World Bank-backed High-Level Commission on Carbon Prices. Stiglitz and Stern now recommend an approach to pricing greenhouse gas that emphasizes how globally agreed-on climate limits affect economic analysis. They prefer a framework that “implies that growth, especially correctly measured, may actually be enhanced with stronger climate change policies.”

The U.S. needs to update the social cost of carbon for reasons that go beyond Trump’s changes. Scientists have learned much more about change in the intervening years, according to Stiglitz and Stern, and even the value used by the Obama administration is no longer high enough to set the U.S. on a path to reaching the goals of the Paris Agreement.

Without using an approach that is up to the task, they warn, the U.S. may fail to live up to its political goals. “Almost surely,” they write, if the new administration relies on the same climate-economic models, “the U.S. would be committing itself not to achieve the Paris goals.”