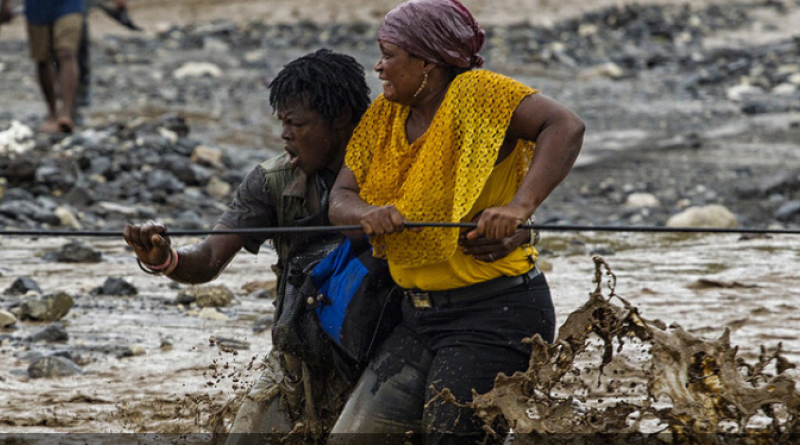 According to the landmark United in Science 2021, there “is no sign of growing back greener”, as carbon dioxide emissions are rapidly accelerating, after a temporary blip in 2020 due to COVID, and nowhere close to the targets set by the Paris Agreement.

“We have reached a tipping point on the need for climate action. The disruption to our climate and our planet is already worse than we thought, and it is moving faster than predicted”, UN Secretary General António Guterres underscored in a video message. “This report shows just how far off course we are”, he added.

A world in danger

According to scientists, the rising global temperatures are already fueling devastating extreme weather events around the world, with escalating impacts on economies and societies. For example, billions of working hours have been lost due to excessive heat.

“We now have five times the number of recorded weather disasters than we had in 1970 and they are seven times more costly. Even the most developed countries have become vulnerable”, said the UN chief.

Mr. Guterres cited how Hurricane Ida recently cut power to over a million people in New Orleans, and New York City was paralysed by record-breaking rain that killed at least 50 people in the region.

“These events would have been impossible without human-caused climate change. Costly fires, floods and extreme weather events are increasing everywhere. These changes are just the beginning of worse to come”, he warned.

The report echoes some of the data and warnings from experts in the last year: the average global temperature for the past five years was among the highest on record, and there is an increasing likelihood that temperatures will temporarily breach the threshold of 1.5° Celsius above the pre-industrial era, in the next five years.

The picture painted by United in Science is bleak: even with ambitious action to slow greenhouse gas emissions, sea levels will continue to rise and threaten low-lying islands and coastal populations throughout the world.

“We really are out of time. We must act now to prevent further irreversible damage. COP26 this November must mark that turning point. By then we need all countries to commit to achieve net zero emissions by the middle of this century and to present clear, credible long-term strategies to get there”, urged the UN chief.

The 2021 United Nations Climate Change Conference, also known as COP26, is scheduled to be held in the city of Glasgow, Scotland between 31 October and 12 November 2021. The pivotal meeting is expected to set the course of climate action for the next decade.

“We must urgently secure a breakthrough on adaptation and resilience, so that vulnerable communities can manage these growing (climate) risks…I expect all these issues to be addressed and resolved at COP26. Our future is at stake”, Mr. Guterres emphasized.

“We are not yet on track towards the Paris 1.5 to 2 degrees’ limit, although positive things have started to happen and the political interest to mitigate climate change is clearly growing but to be successful in this effort, we have to start acting now. We cannot wait for decades to act, we have to start acting already in this decade”, added Prof. Petteri Taalas, World Meteorological Organization’s secretary general.

The report also cites the conclusions of the most recent IPCC report: the scale of recent changes across the climate system are unprecedented over many centuries to many thousands of years, and it is unequivocal that human influence has warmed the atmosphere, ocean and land.

Concentrations of the major greenhouse gases – carbon dioxide (CO2), methane (CH4) and nitrous oxide (N2 O) continued to increase in 2020 and the first half of 2021.

According to WMO, reducing atmospheric methane (CH4) in the short term, could support the pledges of 193 Member States made in Paris. This measure does not reduce the need for strong, rapid and sustained reductions in CO2 and other greenhouse gases.

Meanwhile, the UN Environment Program (UNEP), warns that five years after the adoption of the Paris Agreement, the emissions gap (the difference between where emissions are heading and where science indicate they should be in 2030) is as large as ever.

Although the increasing number of countries committing to net-zero emission goals is encouraging, to remain feasible and credible, these goals urgently need to be reflected in near-term policy and in significantly more ambitious actions, the agency highlights.

“Last year, we estimated that there was 5.6 per cent drop in emissions and since the lifetime of carbon dioxide is so long, this one year anomaly in emissions doesn't change the big picture. We saw some improvements in air quality, these short-lived gases, which are affecting air quality. We saw positive evolution there. But now we have returned more or less back to the 2019 emission levels", further explained the WMO chief.

The report explains that the annual global average temperature is likely to be at least 1 °C warmer than pre-industrial levels (defined as the 1850–1900 average) in each of the coming five years and is very likely to be within the range of 0.9 °C to 1.8 °C.

High latitude regions, and the Sahel, are likely to be wetter in the next five years, the report also warns.

"We don't know what's going to happen to the Antarctic glacier, where we have the biggest mass of ice worldwide and in the worst case, we could see up to two meters of sea level rise by the end of this century if the melting of the Antarctic glacier happens in a speedier manner”, cautioned Prof. Taalas.

Adaptation to the rise will be essential, especially along low-lying coasts, small islands, deltas and coastal cities, explains WMO.

The World Health Organization (WHO) warns that rising temperatures are linked to increased heat-related mortality and work impairment, with an excess of 103 billion potential work hours lost globally in 2019 compared with those lost in 2000.

According to the UN health agency, the COVID-19 recovery efforts should be aligned with national climate change and air quality strategies to reduce risks from cascading climate hazards, and gain health co-benefits.

“We had this temperature anomaly in western Canada and the United States, where we were up to 15 degrees warmer temperatures than normally. And that led to a record breaking, forest fires and major health problems, especially amongst elderly people”, highlighted WMO Secretary General.

The United in Science 2021 report, the third in a series, is coordinated by the World Meteorological Organization (WMO), with input from the UN Environment Programme (UNEP), the World Health Organization (WHO), the Intergovernmental Panel on Climate Change (IPCC), the Global Carbon Project (GCP), the World Climate Research Programme (WCRP) and the Met Office (UK). It presents the very latest scientific data and findings related to climate change to inform global policy and action.