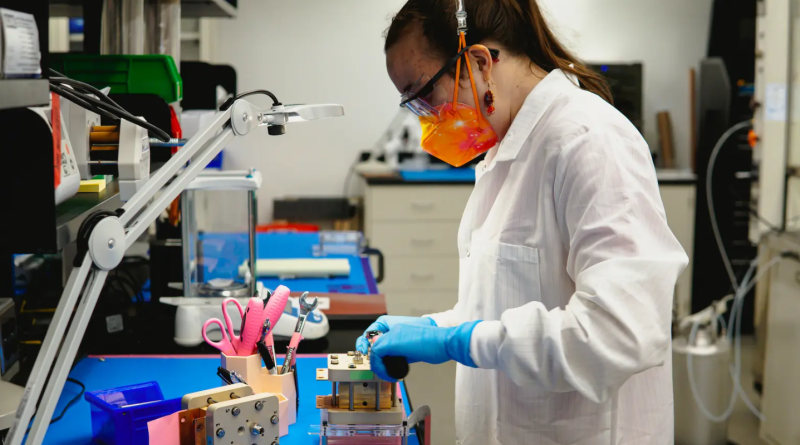 The green hydrogen trickle is turning into a flood, and the latest development on that score is a $198 million round of funding for a patented, industrial scale electrolysis system from the Massachusetts startup Electric Hydrogen. Backers include the legacy firms Honeywell, Mitsubishi Heavy Industries, and Rio Tinto, which is yet another indication that big business is ready to shift gears on the global hydrogen supply.

If money talks, then Electric Hydrogen is on to something. The company is new to the CleanTechnica radar, but it caught the eye of Breakthrough Energy Ventures, Capricorn Partners, Energy Impact Partners, and Prelude Ventures in a previous $24 million round of funding.

All four must have been pretty happy with what they saw, because they returned for the new Series B round, which was announced on June 22 and led by Fifth Wall Climate Tech with S2G Ventures, Silicon Valley Bank and Trinity Capital.

In addition to Honeywell, Mitsubishi Heavy Industries and Rio Tinto, new investors on the strategic side include Amazon’s Climate Pledge Fund, the Brazilian company Cosan, and Equinor Ventures.

What Is All The Fuss About?

For those of you new to the topic, green hydrogen refers to hydrogen produced from renewable resources instead of natural gas or coal, which together account for 95% of the global hydrogen supply.

If that thing about hydrogen and 95% fossil sources caught your attention, you may be thinking of hydrogen fuel cell cars. That’s just one part of the hydrogen picture, though. Hydrogen is ubiquitous throughout the modern global economy, including agriculture, food processing, medicinals, toiletries, metallurgy, and refinery operations among other areas. If fuel cell cars don’t make much sense, there are plenty of other hydrogen-reliant activities that need to untangle themselves from fossil sourcing.

Green hydrogen can be produced from biogas, biomass, or wastewater, but most of the activity has coalesced around electrolysis systems, which push hydrogen gas out of water using an electrical current.

The electrical current is the key. Water electrolysis with fossil-sourced electricity is a decarbonization oxymoron. The availability of low cost wind and solar power has turned the tables, and electrolysis innovators are racing to take advantage of the new carbon calculation.

That brings us around to Electric Hydrogen. The company is focused like a laser on large scale electrolyzer systems for industrial operations that resist direct decarbonization through renewable electricity. Steel making, energy generation, mining, freight transportation, ocean shipping, heavy manufacturing and ammonia production are among the examples.

Water electrolysis has been known to science for more than two centuries, but until recent years its use in industry has been limited. One whisper of things to come occurred in 1998, when the International Space Station launched with plans for oxygen supplied by a water electrolysis system, running on solar power from the station’s solar panels.

Activity in the electrolysis area has exploded since then, but there’s always room for improvement. Electric Hydrogen’s contribution is a system designed from the ground up to deliver green hydrogen at scale.

The company’s press materials are thin detail, but they do refer to a soup-to-nuts rethinking of electrolysis, aimed at scalability, flexibility, and simplicity — and beating fossil-sourced hydrogen on cost, of course.

If you’re thinking this could have something to do with the “artificial leaf” photoelectrochemical process, drop us a note in the comment thread. Just a guess! Going by Electric Hydrogen’s informational video, their system appears to be source-agnostic regarding renewable energy.

The Electrolysis Field Is Getting Crowded

The artificial leaf concept got off to a slow start but it appears to be picking up steam, as reported by the International Renewable Energy Agency and the European Patent Office last May, in an assessment of hydrogen production patent filings.

Overall, hydrogen filings have grown an average of 18% each year, and the report noted enhanced activity in the area of “photo electrolysis” (presumably having to do with photoelectrochemical cells), with universities taking an above-average position on patents in that area.

The Green Hydrogen Car Of The Future

All this activity in the green hydrogen field comes at an opportune time for auto makers, who are itching for the Next Big Thing in zero-emission cars to come around.

Hydrogen fuel cell electric passenger cars have been slow to catch on, but fuel cell activity is stirring in other transportation areas including trucks, buses, watercraft, aircraft, and locomotives.

In addition, auto makers are also taking another look at hydrogen combustion systems for cars.

Back in March our friends over at Muscle Cars & Trucks discovered that Ford has patented a method for “controlling and combusting hydrogen mixtures,” possibly for use in a hybrid system.

“The broad idea is that the Scenic Vision’s hydrogen fuel cell would help extend the vehicle’s range during longer trips,” CNBC reported. If all goes according to plan, drivers can expect to clock almost 500 miles without recharging their batteries, although the plan does involve building enough hydrogen fuel stations to meet the need. That will vary by location, but Renault appears to expect full build-out by 2030.

Some auto industry insiders still aren’t too keen on the idea of hydrogen, whether combustible or fuel cell. That remains to be seen. After all, battery-electric vehicles book-ended the 20th century with false starts before the technology took off in the 21st century.

Regardless, the case for green hydrogen will continue to grow with or without the transportation sector.

IRENA summed it up in a report on the geopolitical implications of green hydrogen last January, stating that green hydrogen “…will bring new and diverse participants to the market, diversify routes and supplies and shift power from the few to the many.”

“With international co-operation, the hydrogen market could be more democratic and inclusive, offering opportunities for developed and developing countries alike,” they added.

Skeptics may scoff, but the geopolitical implications are in evidence even now, as Ukraine plans to leverage its vast renewable energy resources to help Europe cut gas ties with Russia in favor of green hydrogen.