Time running out for countries on climate crisis front line 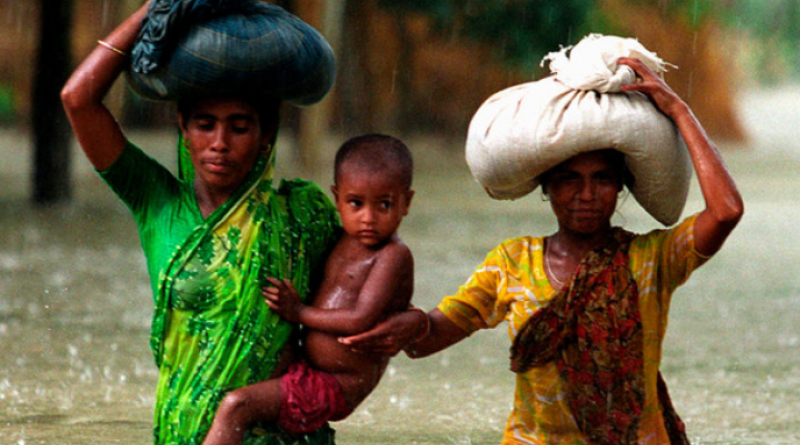 Speaking to the first Climate Vulnerable Finance Summit of 48 nations systemically exposed to climate related disasters, António Guterres said they needed reassurance that financial and technical support will be forthcoming.

“To rebuild trust, developed countries must clarify now, how they will effectively deliver $100 billion dollars in climate finance annually to the developing world, as was promised over a decade ago”, he said.

The UN chief said that to get the “world back on its feet”, restore cooperation between governments and recover from the pandemic in a climate resilient way, the most vulnerable countries had to be properly supported.

Mr. Guterres asked for a clear plan to reach established climate finance goals by 2025, something he promised to emphasize to the G20 finance ministers at their upcoming meeting this week.

He added that the development finance institutions play a big role supporting countries in the short-term, and they will either facilitate low carbon, climate-resilient recovery, or it will entrench them in high carbon, business-as-usual, fossil fuel-intensive investments. “We cannot let this happen”, he said.

The Secretary-General reminded that the climate impacts we are seeing today - currently at 1.2 degrees above pre-industrial levels - give the world a glimpse of what lies ahead: prolonged droughts, extreme and intensified weather events and ‘horrific flooding’.

“Science has long warned that we need to limit temperature rise to 1.5 degrees. Beyond that, we risk calamity... Limiting global temperature rise is a matter of survival for climate vulnerable countries”, he emphasized.

The UN chief highlighted that only 21% of the climate finance goes towards adaptation and resilience, and there should be a balanced allocation for both adaptation and mitigation.

“I am calling for 50 percent of climate finance globally from developed countries and multilateral development banks to be allocated to adaptation and resilience in developing countries. And we must make access to climate finance easier and faster”.

Invest to save thousands of lives: WMO report

The UN chief also welcomed on Thursday a new report from the World Meteorological Organization (WMO) which reveals that an estimated 23,000 lives per year could be saved – with potential benefits of at least $162 billion per year – through improving weather forecasts, early warning systems, and climate information, known as hydromet.

In a video message to mark the publication of the first Hydromet Gap Report,, the Secretary-General said that these services were essential for building resilience in the face of climate change.

Mr. Guterres called once more for a breakthrough on adaptation and resilience in 2021, with significant increases in the volume and predictability of adaptation finance.

He noted that Small Island Developing States and Least Developed Countries where large gaps remain in basic weather data, would benefit the most.

“These affect the quality of forecasts everywhere, particularly in the critical weeks and days when anticipatory actions are most needed”, he said.

According to WMO, investments in multi-hazard early warning systems create benefits worth at least ten times their costs and are vital to building resilience to extreme weather.

Currently, only 40 percent of countries have effective warning systems in place.

World is running out of time on climate, experts warn.

2020 Polls: Almost half of Americans want to transition from fossil fuels as majority say time is running out to save planet