A Texas city had a bold new climate plan – until a gas company got involved. 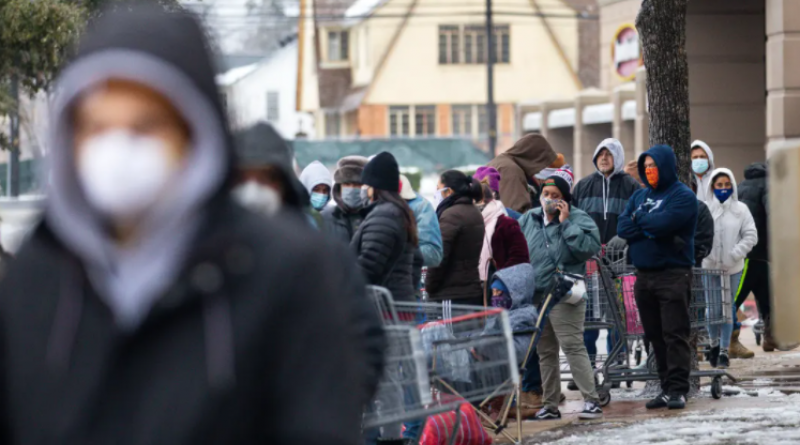 The fossil fuel industry is using the same playbook to fight city climate plans around the country.

When the city of Austin drafted a plan to shift away from fossil fuels, the local gas company was fast on the scene to try to scale back the ambition of the effort.

Like many cities across the US, the rapidly expanding and gentrifying Texas city is looking to shrink its climate footprint. So its initial plan was to virtually eliminate gas use in new buildings by 2030 and existing ones by 2040. Homes and businesses would have to run on electricity and stop using gas for heat, hot water and stoves.

The proposal, an existential threat to the gas industry, quickly caught the attention of Texas Gas Service. The company drafted line-by-line revisions to weaken the plan, asked customers to oppose it and escalated its concerns to top city officials.

In its suggested edits, the company struck references to “electrification”, and replaced them with “decarbonization”– a policy that wouldn’t rule out gas. It replaced “electric vehicles” with “alternative fuel vehicles”, which could run on compressed natural gas. It offered to help the city to plant more trees to absorb climate pollution and to explore technologies to pull carbon dioxide out of the air – both of which might help it to keep burning gas.

Those proposed revisions were shared with Floodlight, the Texas Observer and San Antonio Report, by the Climate Investigations Center, which obtained them through public records of communications between city officials and the company.

The moves have so far proven a success for Texas Gas. The most recently published draft of the climate plan gives the company much more time to sell gas to existing customers, and it allows it to offset climate emissions instead of eliminating them. The city, however, is revisiting the plan after a backlash to the industry-secured changes.

The lobbying in Austin is not unique. It echoes how an electricity and gas company spent hundreds of thousands of dollars scaling back San Antonio’s climate ambitions by funding the city’s plan-writing process, replacing academics with its preferred consultants and writing its own “Flexible Path” that would let it keep polluting.

The American Gas Association in a statement for this story said it “will absolutely oppose any effort to ban natural gas or sideline our infrastructure anywhere the effort materializes, state house or city steps”. But it argued that position is “not counter to environmental goals we all share”, and said “natural gas is key to achieving the cleaner energy future we all want”.

Texas’s reliance on gas was on display in mid-February when more than 4m households lost power for days after a freak winter storm battered the state. Gas power plants dominate the Texas grid, providing 47% of the state’s electricity. Many of those plants and the natural gas pipelines leading to them failed in the cold conditions.

More than a third of Texas households also rely on gas for heat. Competition for gas-fueled power and heat forced prices to surge as high as 16,000%, one power company said. Utilities now face massive bills from their gas suppliers – and many are passing the costs on to customers in the form of sky-high bills.

The CEO of Comstock Resources, a gas company owned by the billionaire Dallas Cowboys owner, Jerry Jones, described the gas industry windfall as “hitting the jackpot” in an earnings call.

The gas industry is battling climate change reforms in cities around the US – with support from Republican politicians.

In Texas, lawmakers have introduced two bills that would prohibit local governments from banning gas connections. “There hasn’t been a city necessarily that has banned natural gas yet, but we have whispers from the Austin city council, the city of Houston, even smaller cities,” said Jeff Carlson, the chief of staff for Representative Cody Harris, who introduced one of the bills.

Four other state legislatures passed similar laws last year, and 12 more have seen proposals for them in 2021. The gas lobby, the American Gas Association, has said it isn’t actively coordinating support or lobbying for state laws to prohibit gas bans, but its internal records indicate a different story.

“We are increasingly active in the States,” the association’s president, Karen Harbert, said in a November letter to members explaining how the organization spent membership dues in 2020. She said the association is participating in several “Pro Natural Gas Coalitions” to bring allies together.

“Over the course of the year, legislation preserving energy choice for customers passed in Arizona, Louisiana, Oklahoma and Tennessee,” Harbert said.

Another internal association email in February 2020 shows the senior director of state affairs, Daniel Lapato, asking a publicly-owned gas utility to back the Tennessee bill that ultimately passed. 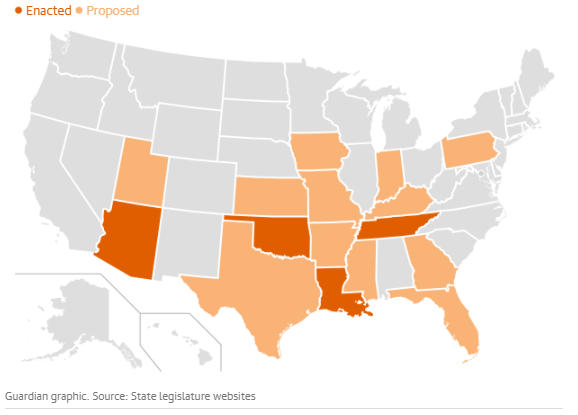 The gas burned in buildings causes about 12% of US climate pollution, according to the Environmental Protection Agency. Cities are trying to shrink those heat-trapping emissions with building codes and mandates to switch from gas to electric appliances.

In Texas, they could have a significant impact. Texas burns far more gas than any other state, 14.9% of the US total.

Gas is cheap, and affordability is a major concern in Austin, where families and people of color continue to get priced out of the fast-growing city.

But even so, Austinites don’t necessarily want gas, said Chelsea Gomez, a community ambassador who consulted on the city plan. “When you talk to people, they don’t want natural gas as a middle man to a sustainable future – they want solar panels to be affordable for them,” said Gomez. “People want better [options].”

The fossil fuel also has clear climate impacts. In Texas, the number of days that are 100F or hotter has more than doubled over the past 40 years and could double again by 2036, according to a study from the Texas state climatologist. Extreme rainfall and urban flooding are increasing, hurricanes are getting more intense and the Gulf of Mexico is rising. Droughts and wildfires are becoming more severe.

Those effects were what Austin was trying to help to limit when Texas Gas Service got involved.

The Guardian view on Texas storms and power cuts: preparing for the worst.

Restarting Texas’s Frozen Energy Heartland Will Be a Climate Mess.