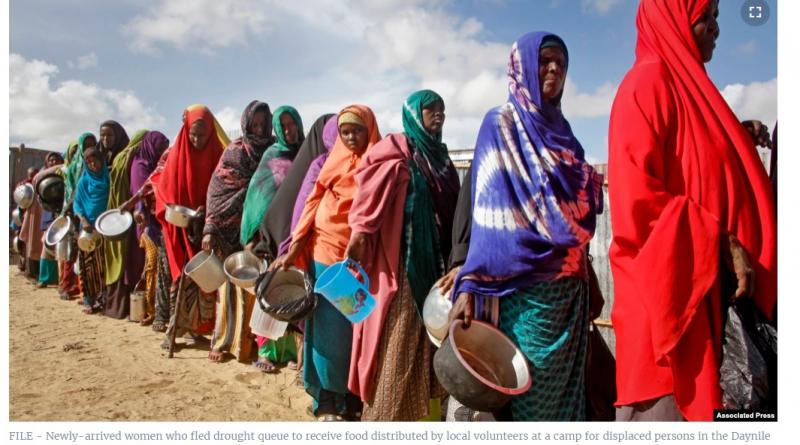 Somalia has declared a state of humanitarian emergency as drought ravages 80 percent of the country, leaving more than two million people short of food and water.

He said, "I am calling upon all Somalis, including the business community, religious leaders, members of the diaspora community and international partners, to take part in aiding those affected by the famine."

The situation is very dire and there is a need for an immediate response, the prime minister added.

Badia Moalim Osman is among thousands of Somali pastoralists who lost their livestock in the escalating drought. 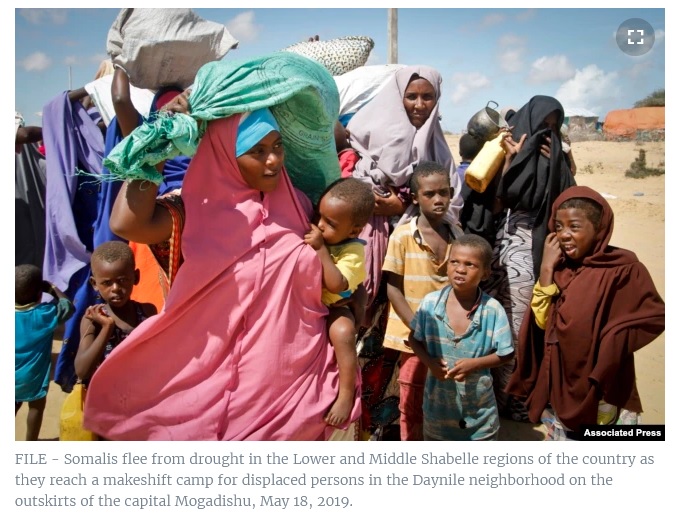 She was displaced to Dhobley town in the Lower Jubba region, one of most affected areas.

She said they lost herds of cattle to the drought and were only left with two cows that also succumbed to the famine.

U.N. agencies in the country say their efforts to reach those affected are limited by a lack of funding and access due to conflict in some areas.

Cindy Isaac is the Office for the Coordination of Humanitarian Affairs deputy head in Mogadishu.

“The humanitarian partners and authorities in Somalia are really trying to scale up the responses mainly through water tracking, repairing boreholes and delivering food and health assistance to address the extraordinary critical water and food needs however the efforts have been significantly hampered due to the ongoing inadequate funding and access constraints in the areas affected by the conflict,” she said.

The U.N. Food and Agriculture Organization warns food insecurity is projected to worsen significantly through May 2022, with many households experiencing widening food consumption gaps and erosion of their coping capacity if expected rains fail again.

‘We run from men only to meet crocodiles’: Kenya’s drought is deadly for women

Scientists sound the alarm over drought in East Africa: what must happen next