Solar Power Is Sustainable for the Economy, Too. 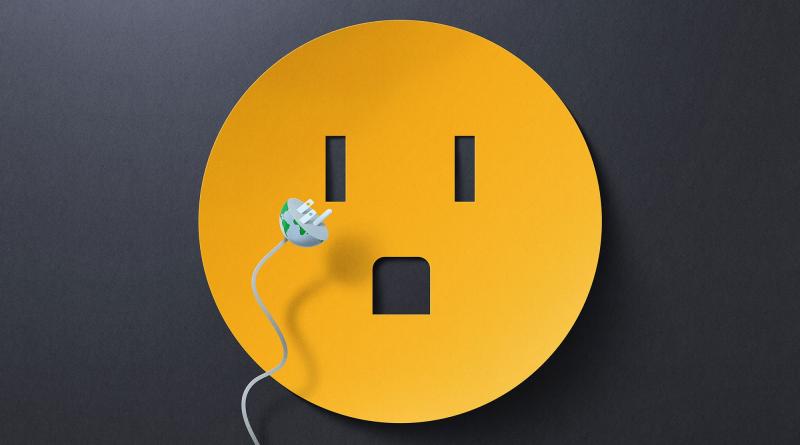 We've been talking about the potential for the sun's energy for decades. Now it can be more profitable to save the planet than to ruin it.

GOOD NEWS HAS been rare this past decade, so here's some: Since 2010, the cost of generating solar electric power has dropped by 80 percent, and gigantic photovoltaic plants, some spanning thousands of acres, are transforming the economics of green energy. “Even from five years ago, it's a really different story than today,” says Gregory Nemet, an academic who last year published a book called How Solar Energy Became Cheap. “This isn't just cheap. It's dirt cheap. In sunny places, it's the cheapest way humans have ever invented to make electricity.”

If this cost collapse had occurred in a single year, it might have been hailed as the breakthrough of the century. But it happened gradually, and incremental improvements in crystalline silicon manufacturing don't generate buzz. At the beginning of the 2010s, solar was a science project, accounting for less than 1 percent of the world's installed power capacity. Now that number is 9 percent and growing fast. More than $1 trillion has been invested in new solar installations in that time. Solar power routinely wins competitive power auctions, with bids as low as 4 cents per kilowatt-hour. At that price, a solar plant isn't just cheaper than a coal plant; it's cheaper than coal itself. “We're reaching a phase where it's cheaper to build a new solar power plant than it is to operate an existing coal one,” says energy investor Ramez Naam.

The story of bargain solar begins in Germany in the early 2000s, when the Green Party pushed through a surcharge on electricity bills to fund the development of clean energy. That quadrupled the size of the German renewables market, and equipment suppliers started to build large-scale infrastructure.

At the time, solar panel manufacturers cut silicon by hand, using equipment repurposed from the microchip industry. Then, in 2003, this laborious and costly process was abandoned, thanks to the Meyer Burger diamond wire saw, which automated the cutting of photovoltaic wafers. (The Meyer Burger company joins Otto Rohwedder, who applied the same technique to bread, in the pantheon of slicing.) Similar improvements in obscure solar subfields like wafer-pulling and chemical vapor deposition have their origins in Green Party subsidies. “German ratepayers paid something like $220 billion to fund solar,” Nemet says. “If you ask them why, they say, ‘It's our gift to the world.’ ”

By the mid-2000s, European vendors were selling packaged assembly lines that transformed raw silicon into finished solar panels. As the German subsidies tapered off, Chinese industrial firms began commissioning these push-button factories at scale. “China had the right vision,” said Eicke Weber, a German solar entrepreneur, in a 2017 interview with Nemet. “When the world talked about 100 megawatts, the Chinese talked about 1 gigawatt.” By 2010, 90 percent of solar-panel assembly equipment was being sold to China, and you may thank the Communist Party for underwriting mass production and encouraging manufacturers to sell below cost. In 2018, President Donald Trump retaliated with tariffs, but by that point the capitalists were paying attention. Even the president's hostility toward renewables can't halt investment in a device that turns sunshine into money.

Ah, but what a mundane revolution! There is nothing very memorable about a state-of-the-art solar farm. Last December, I visited Great Valley Solar, a 200-megawatt-capacity installation in California's Central Valley that was completed in 2018 at a cost of $190 million. Its acres of dull blue panels, lying silently amid a patchwork grid of almond orchards and cattle ranches, did not roar with majesty like a large hydroelectric dam or intimidate with fearsome height like a nuclear cooling tower. I spent half an hour standing in the mud with a notebook, staring through a chain-link fence as I struggled to find exciting descriptive terminology. My final note read, “Smells like manure.”

Finished with that reporting, I drove to the center of Great Valley's 1,600 acres to find a converted shipping container painted Institution Beige, where Jadine Woo, the facility coordinator, monitored the plant's output and matched it to the voltage of the electrical grid. On a Thursday afternoon, with no appointment, I walked into her office as if it were a coffee shop. Woo, a friendly woman in her mid-fifties, greeted me with enthusiasm. If I had tried this stunt at a nuclear plant, I'd have been ventilated by a sniper.

“It's unbelievable what these little cells can do,” she told me. Woo casually referred to this facility as “the farm,” and like a vintner admiring a fine grape, she grew animated when discussing the efficiency of the panels. Great Valley should remain operational for at least the next 20 years, with minimal maintenance costs. On a sunny summer day, this plant can provide about half a percent of California's total energy demand. Not an impressive number in isolation, but there are at least a hundred stations in California, with names like Topaz Solar Farm and Antelope Valley Solar Ranch. Great Valley generates no waste, has no moving parts, and can be upgraded on demand. Talking with Woo, I realized that the mundanity of the solar farm was perhaps its best feature.

Skeptics can point to a history of busted claims for solar's growth. In 1979, Jimmy Carter installed photovoltaics at the White House and stated that renewables would provide 25 percent of America's power by the year 2000. Then Reagan ripped the panels out and defunded Carter's renewables program. Utility-scale solar has perpetually seemed 20 years away; industry veterans refer to these “false dawns” with the mechanical deadpan reserved for a worn-out pun.

Is the sun going to come up this time? It looks like it. An enormous number of solar superplants, some of them 10 times the size of Great Valley, are scheduled to go online in the next decade. Vietnam did not have a single large-scale solar installation in 2017. Today, with 5 gigawatts of capacity, it generates more solar power than Australia. India's goal was to install 20 gigawatts by 2022—but then the price of solar dropped below the price of coal, and it hit the target four years early. China, with 175 gigawatts of installed capacity, has the most extensive solar infrastructure in the world.

Despite the ramp-up in investment, solar power in the US still accounts for little more than 2 percent of current power supply. But experts project continued fast growth for solar in the coming years just using current technology. “It's now more profitable to save the world than to ruin it,” says Hal Harvey, a policy wonk who specializes in renewables.

To realize those world-saving profits, we must install a preposterous number of solar panels. A recent tweet from Elon Musk proposed that 10,000 square miles of empty land, converted to a solar superfactory, could power the entire US. In practice, you wouldn't do it this way—a single storm might black out the country—but otherwise Musk's math checks out. The real answer is 10,000 square miles of solar scattered in wastewater treatment zones, barren salt flats, abandoned nuclear testing sites, and any other sun-baked real estate you can find. (One of the nice things about solar is that it can use land no one wants.)

There remains one vexing problem. As you may have noticed, the sun only shines during the day. At night, and in winter, Great Valley's output dwindles. Conversely, on a summer afternoon the grid can't accept all the electricity Great Valley produces, and the excess is “curtailed,” meaning wasted. Thus the typical solar plant runs at only 20 to 30 percent of its theoretical capacity. To make more of the energy that can be produced on a lovely sunny day requires affordable storage (see page 86). If the cost of storage could be brought down to $150 per kilowatt-hour, the grid could be moved to 95 percent renewable energy, according to an analysis from MIT.

Solar will never provide all of humanity's power needs. But even optimists didn't predict that the cost of solar power would be this low until 2030 at the earliest. Imagine if the moon landing had taken place in 1959, or if the smartphone had debuted in 1997—that's where we are with solar power today. The floor of the Central Valley needs photovoltaic carpeting, as do the deserts of Arizona and West Texas, and maybe the lowlands of Alabama and Georgia as well. Alongside the apricots, almonds, and pecans, there's a bonanza for a new commodity: electrons.

When you buy something using the retail links in our stories, we may earn a small affiliate commission. Read more about how this works.

*STEPHEN WITT (@stephenwitt) lives in Los Angeles. He is the author of How Music Got Free.

Solar is key to the success of the future’s cities.

Can solar panels handle the heat of a warming world?