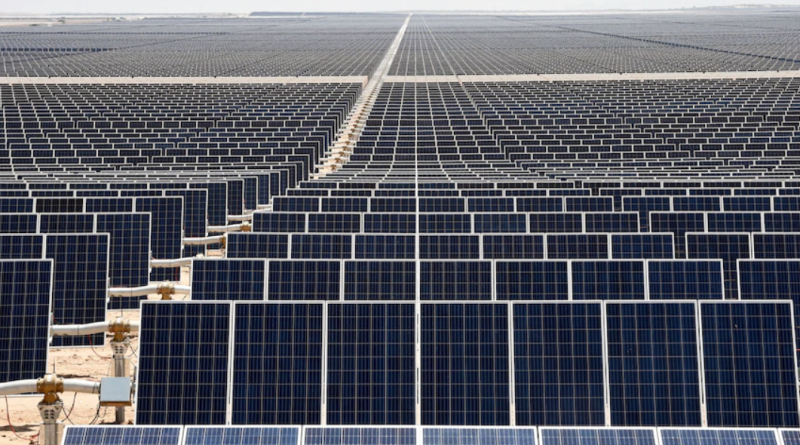 After a long decade of year-on-year increases in power prices throughout the country, the cost of electricity is forecast to fall in most places.

How far it falls — and how quickly — depends on lots of factors, but there's clear consensus that Australia is entering a new era in which power will be cheaper than it has ever been before.

In two years, renewables have gone from economic "wrecking ball" to the technology that will unlock future green industries, with the Prime Minister recently setting a target of "ultra-low cost solar" by 2035.

There's even talk in some quarters that solar could one day fulfil the unrealised promise of nuclear power to generate electricity so abundant that it would be "too cheap to meter".

So how cheap can solar get? And will you — the energy consumer — still have a power bill?

'Glimpse of the future' as power prices go negative

This future of cheap power is already here — at least sometimes.

Last Saturday in South Australia, renewables accounted for a staggering 135 per cent of total demand, breaking the world record for the proportion of solar and wind supplied to a large grid.

As a result of all this excess generation, the spot price of power fell to minus $35.95 per megawatt hour.

Energy generation was curtailed, batteries charged up, and the excess exported to Victoria, which is connected to the SA grid.

"It's a glimpse of the future," says Frank Jotzo, a professor of climate change economics at Australian National University (ANU).

"The direction of travel in Australia for electricity prices is very clearly down." 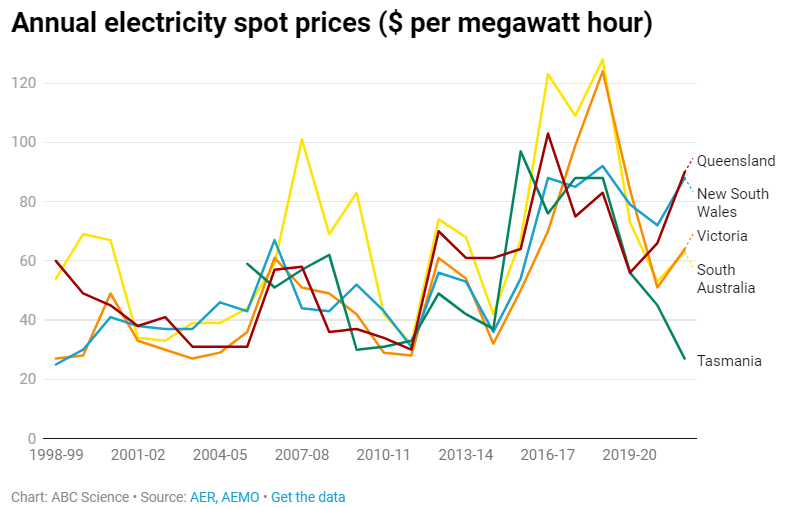 The decline in electricity prices is largely thanks to new solar, wind and battery projects coming online, according to the Australian Energy Market Commission (AEMC) in a recent report.

Among renewables, solar dominates, and it's expected this trend will continue over the next decade, with solar (including rooftop PV) to account for more than half of generation by 2030.

The price of solar has fallen faster than expectations

In May this year, the University of New South Wales's (UNSW) Martin Green, a legendary figure in the development of low-cost solar, made a startling prediction: the cents-per-watt price of solar modules will halve by 2023.

"One of my colleagues has called it 'insanely cheap electricity'," he said at the time.

He predicted this would result in power purchase agreements (PPAs, or the price at which a supplier agrees to sell electricity over a fixed period of time) of $10 per megawatt hour (MWh).

Professor Green's forecast even outpaces the Prime Minister's target for "ultra-low cost solar" of $15/MWh by 2035.

So it's a bold claim, but the price of solar has consistently fallen faster than expectations, due largely to three factors:

Since May, Professor Green has had to revise his forecast because supply-chain disruptions due to COVID and a string of explosions at factories in China have led to unexpected cost increases.

"Costs are definitely going to drop to half of what they are now."

With solar this cheap, what will my power bills be?

This is where it gets a bit more complicated.

There's a big difference between the wholesale price of power, which is the price the retailers pay the suppliers, and the retail price.

It takes time for the benefit of low wholesale prices to flow through to consumers, says Renate Egan, a professor at UNSW and head of the Australian Centre for Advanced Photovoltaics.

"But it does flow through.

"When we see a drop of 30 per cent in the cost of generation, we can expect a 10 per cent reduction in bills over time."

One reason cheaper generation doesn't entirely flow through to consumers is the cost of building transmission links to new renewables projects, as well as adding storage (big batteries or pumped hydro).

The storage is necessary to "firm" the grid, so that stored energy can be used when renewables cannot meet demand.

This cost will increase as renewables contribute a greater share to total generation.

A 2020 CSIRO analysis estimated transmission and storage would add $23/MWh to the cost of solar and wind, in a scenario where renewables accounted for 90 per cent of generation by 2030.

If that's the case, transmitting and storing electrons across the grid could soon cost more than generating them from solar panels.

Household energy consumers would still be paying for mains electricity (the equation changes if you have your own solar panels), but probably less than before — at least in the short term.

That's not much, but at least they're going down.

"We expect the fall in price to follow a sawtooth pattern," Professor Jotzo said.

"Prices jump up after the closure of a power plant and then gradually come down again after more solar and wind is added."

Could savvy households end up paying nothing for mains power?

In the longer term, it might be possible for households to effectively pay nothing to import power from the grid.

Denis Scanlon's energy set-up is an example of the ways households may consume, generate and trade electricity in the future.

His rural property outside Adelaide has solar panels, a storage battery, and a "smart inverter" that's remotely controlled by his electricity retailer.

Most homes have a "smart meter" that tracks the amount of electricity the home consumes; a smart inverter is a step beyond that.

When power prices went negative in South Australia last Saturday, Mr Scanlon's retailer used the smart inverter to stop his panels exporting power to avoid overloading the grid, which can cause rolling blackouts.

"They don't want every rooftop to be exporting," Mr Scanlon said.

"The smart inverter allows them to isolate and take generation out of the system."

Mr Scanlon also has a new kind of electricity contract where he pays the wholesale price, rather than the retail one.

The wholesale price fluctuates in response to cloud cover or wind speed, or gas generators coming online, and he tracks prices, generation, storage, and consumption from his phone.

As you might guess, it's easy to lose yourself in watching the market.

"If you want to, you can become obsessed by it. I've discovered that doesn't help."

If Mr Scanlon allowed it to, the retailer could also use the smart inverter to turn off his energy-intensive appliances, like the air conditioner or the pool pump, in response to increases in the price of electricity.

All these gizmos add up to a new kind of relationship between the energy consumers, retailers, the grid, and the generators.

Instead of paying a standard monthly bill for access to electricity generated at a central power station, households will have the opportunity to be minor electricity moguls, taking advantage of negative price events, such as the one in South Australia last Saturday.

A fully charged electrical vehicle battery can power a standard home for three days, so with the right charging infrastructure, households could conceivably scoop up vast amounts of free power a few times a week and get away with paying nothing the rest of the time.

"We're never going to go off grid, I don't want to — I just want to minimise what we're paying."

But what about everyone who doesn't own their own house, or can't afford a battery?

In this brave new world, many people won't have the capital or the technical knowledge to take advantage of low power prices, says Declan Kuch, a researcher at Western Sydney University who has been looking into the social impact of cheaper electricity.

"There are very clear equity issues coming up," he says. 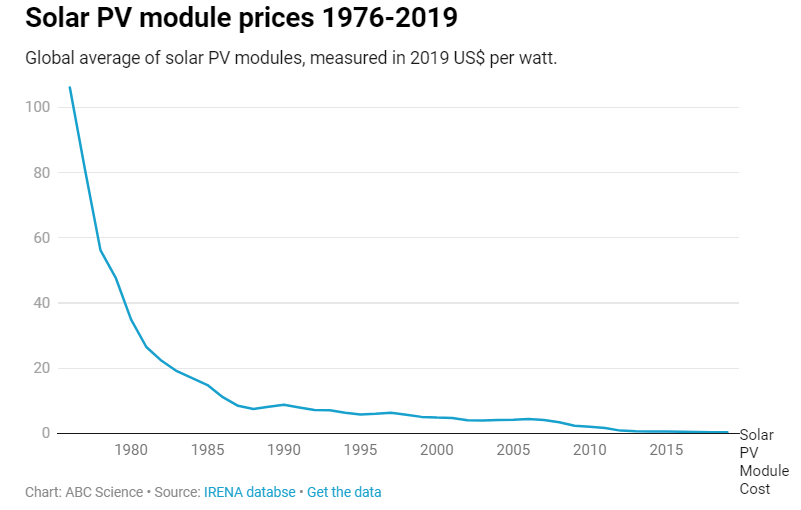 IEEFA/JMK: India set to miss 2022 solar target by 27% due to lagging rooftop installations