Solar geoengineering: Could reflecting away the sun’s rays help to tackle global heating? 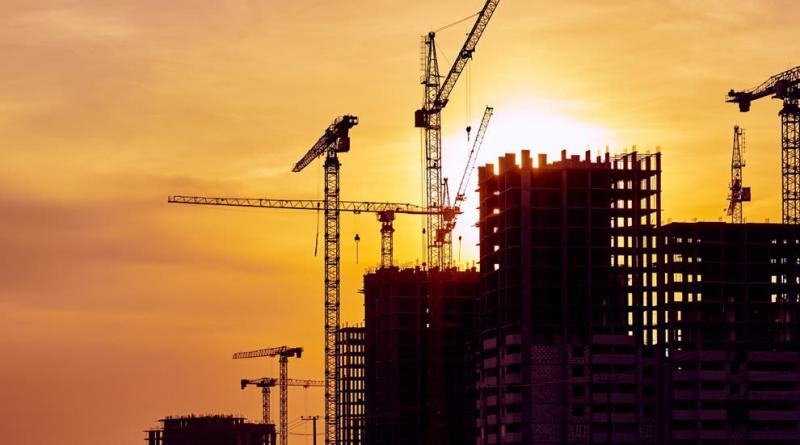 As the climate crisis escalates, some have called for more research into technologies that could reflect away the sun’s rays in order to limit temperature rise. Daisy Dunne looks at the technical, social and political challenges

From mass coral bleaching in Australia’s Great Barrier Reef to worsening extreme heat in Africa’s mega-cities, the impact of the climate crisis is being felt in every corner of the globe.

Cutting fossil fuel emissions as fast as possible is key to tackling the climate crisis. But, as the effects of warming intensify, some groups are calling for more research into methods that could be used alongside emissions cuts, including a group of yet-unproven technologies that might be able to counteract global heating by reflecting sunlight away from the Earth.

“Solar geoengineering” is the name given to this set of technologies. Ideas for reflecting away more of the sun’s rays range from painting buildings bright white to sending giant mirrors into space. If they were ever deployed at scale, each of these proposed technologies would come with novel scientific, political and ethical challenges.

Reflecting away more of the sun’s rays would not directly address the root cause of the climate crisis, which is greenhouse gases released by humans. However, solar geoengineering could theoretically be used to lower global temperature rise and some of its associated impacts, researchers have suggested.

Spraying reflective particles high up in the atmosphere is the most commonly proposed type of solar geoengineering.

The idea has a natural analogue in volcanic eruptions. When a volcano erupts, it sometimes sends an ash cloud high into the atmosphere, which can lead to the production of tiny particles, known as aerosols. These particles spread and form a sheath around the planet, reflecting away incoming sunlight. Because of this, past volcanic eruptions have led to temporary dips in global temperatures.

Some researchers say that, if humans purposefully released aerosols into the stratosphere – either from an airplane or via a high-altitude balloon – it could lead to a similar cooling effect.

“Aerosol geoengineering is by far the most likely to work out of the proposed candidates for global solar geoengineering,” Dr Peter Irvine, a lecturer in climate change at University College London, tells The Independent.

However, it would come with some known risks, says Irvine. If humans released sulphur dioxide, which is the substance released by volcanic eruptions, it could cause increases in acid rain and possibly harm the ozone layer.

In addition, releasing aerosols would not directly address rising CO2 levels, which are causing oceans to become more acidic and key crops to become less nutritious, among other issues.

There are other potential impacts associated with releasing aerosols that are less well understood.

The study of solar geoengineering has so far largely been confined to computer modelling, which allows researchers to virtually simulate aerosol release in order to study its potential impacts on different parts of the climate system, from rainfall to extreme weather events.

Modelling research led by Irvine in 2020 found that, in simulations, releasing aerosols helped to offset some of climate change’s expected impacts on rainfall.

“How much cooling we apply with solar engineering is going to be one of the choices we have,” says Irvine. “If there are problems that come with offsetting too much warming, it might be better to do less.”

Computer simulations have given scientists an indication of what the impacts of solar geoengineering might be, but there is still much to be learned about its potential “real world” implications, Irvine says.

To this aim, a team of scientists from Harvard University plans to carry out one of the first solar geoengineering field tests later this year.

The project, known as the Stratospheric Controlled Perturbation Experiment (SCoPEx), plans to use a high-altitude balloon to release a package containing aerosols 20km into the stratosphere. The amount of aerosols released will not be enough to have a cooling effect on the planet, the researchers say, but could allow the scientists to collect data on how aerosols particles interact with the air.

Harvard’s solar geoengineering research programme has received funding from a number of foundations and philanthropists, including Bill Gates.

As a first step, the team plans to launch a balloon carrying just their scientific equipment from a site near the Arctic town of Kiruna in Sweden in June of this year.

“That flight is intended to not be an experiment itself but rather to test the equipment for the experiment,” Lizzie Burns, managing director of Harvard’s solar geoengineering programme, tells The Independent.

“A lot of this equipment has never been deployed in the stratosphere before so we aim to test if it will react to temperatures and pressures in the way that we had hoped and planned.”

The flight in June will only go ahead if it is approved by an independent advisory committee, which was set up to scrutinise the various steps of the experiment, says Burns. The advisory committee is due to make a decision later this month, she adds.

If the first flight goes ahead and is a success, the next step – either later this year or in 2022 – will be to release a package containing aerosols, she says. “[The aim is to] transfer and release a very small quantity of calcium carbonate particles. Less than two kilograms. So, not enough to cause a physical impact or harm people or ecosystems below.”

Though the SCoPEx experiment would have little physical impact on the planet, it is still seen as highly controversial among some environmental and campaigner groups. These groups have argued that, if the first test flight goes ahead, it could lead to a “slippery slope” towards more – potentially risky – research into solar geoengineering.

There are other ethical and social concerns that have been raised about solar geoengineering through releasing aerosols. One is, if the technology were to be developed, it could be perceived as a “quick fix” to the climate crisis, leading to countries stalling on their commitments to cutting their greenhouse gas emissions.

“I think this is a genuine concern and it's worth worrying about,” says Irvine. “My view is that it shouldn't cause us to throw away this potentially helpful idea. But we need to find a way to manage it and use it responsibly.”

Another social concern is that the technology could be misused by single actors or states with malicious intentions.

“The big challenge is that it would be the most global thing humanity would have ever done. So, if it's so global that means that everybody will be impacted one way or another, positively or negatively. And therefore, one has to find a way that everybody's voice is heard when making decisions about whether or not to do it.”

Discussions about how the technology could best be governed at a global level have started, but there is a need for more urgency, Pasztor says.

“We’re not doing any of this fast enough,” he says. “Huge questions remain. Who will actually control the global thermostat? Who will decide if these techniques are used, and how they will be used?”

Why Solar Geoengineering Should Be Part of the Climate Crisis Solution.