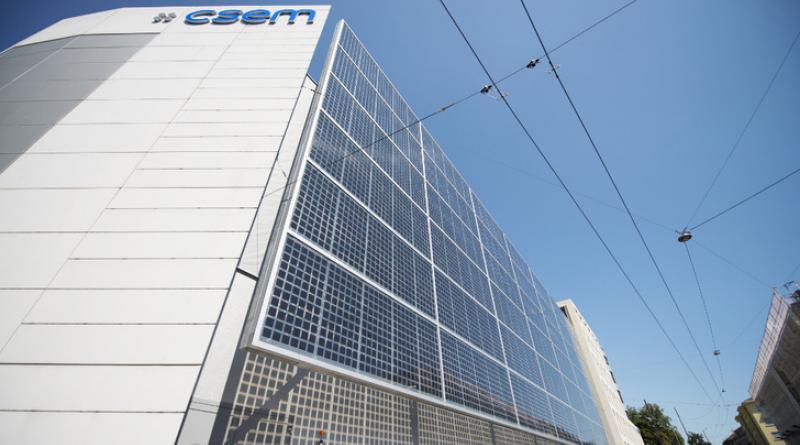 The additional costs for a solar building envelope compared to conventional construction methods amount to 30 to 50 per cent of the costs for the facade and roof. However, the electricity yield leads to a higher return on investment.

The roof and facade integration of a solar system rises the construction costs of the building envelope. But the additional costs are manageable and range between 30 and 50 per cent of the total costs for a facade or the roof, depending on the application. This is the result of a study conducted by the Swiss Planning Office for Solar Facades CR Energie on behalf of the Swiss Federal Office of Energy (BFE) and Energy Switzerland.

Only add additional costs for photovoltaics

For this purpose, five reference buildings were examined to determine the additional costs of integrating photovoltaics compared to a conventional building envelope. The total investment costs were considered. Thus, not only the costs for the mounting and the facade material itself, which are incurred anyway, were included, but also a possibly higher price for the solar modules compared to the passive facade material as well as the additional costs caused by the photovoltaics. These range from the cabling and power electronics to the connection of the systems to the grid and the building electronics. „Design aspects, on the other hand, do not lead to additional investment that can be attributed to photovoltaics,“ explains Christian Renken, Managing Director of CR Energie, when presenting the results at this year’s Symposium Solar Construction, which was organized by Swissolar and the Austrian Technology Platform Photovoltaics (TPPV). „These cannot therefore be attributed to the photovoltaics.“

When analyzing the integration of monocrystalline modules into the roof of an apartment building, it was found that the total cost of BIPV is 990 Swiss francs per square meter. An alternative covering with fiber cement slate would have cost 586 Swiss francs per square meter. Thus the additional costs for BIPV are 41 per cent. At 45 per cent, the additional costs for a facade built with monocrystalline glass-glass in comparison to a conventional glass facade are similarly high.

How much more does a custom-made solar facade in a new building cost?

The economic efficiency can be improved

At first this sounds a lot. But CR Energie has evaluated the economic efficiency. This is not only made up of the investment costs, but must also include the yield from the solar facade. This economic efficiency depends, among other things, on the consumption of solar power on site. The higher this is, the more the operating costs for the building decrease.

In many cases, this increases the return on investment above that of a conventional building envelope. After all, the inactive shell only generates such a return through the depreciation of the building component, whereas the solar system adds the electricity yield. The return on investment is between one and four per cent if the system is integrated as part of a building renovation. If the solar system is integrated into a new building, the return on equity is between two and eight per cent. The inactive facade generates a return on investment of around five per cent. In the case of roof renovation, it is less than one per cent and even becomes negative without tax deductions.

However, the profitability depends on other factors. „Integral planning is crucial in this context,“ explains Christian Renken. „Thus, the solar facade must be taken into account in the planning right from the start“. But low maintenance costs for the integrated solar system are also decisive. „That is why it is important to use durable systems,“ emphasizes Christian Renken. In this way, the additional costs for the active building envelope can be limited to 30 to 50 per cent, but these are amortized within a few years through the electricity yield. (su/mfo)