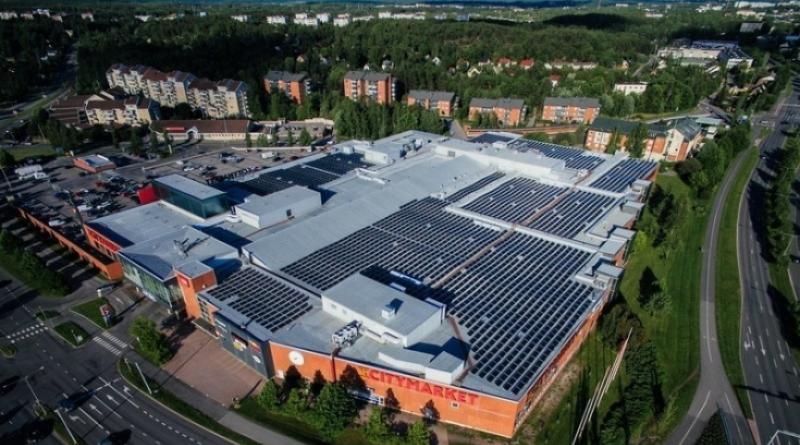 SolarPower Europe has unveiled its new campaign: all new and renovated buildings in the EU should have solar installed – on residential, commercial and industrial buildings.

Walburga Hemetsberger, CEO of SolarPower Europe said: “We must take urgent action on climate change. Installing solar on all new and renovated buildings in the EU makes perfect sense as it can save more than 4 million tonnes of CO2 annually and help lighten the electricity bills of European households. Whether you own or rent your home, or you are a landlord, investing in solar is low-cost, with an estimated payback time of around 10 years and a warranted lifetime of up to 30 years. Despite this, buildings are still being constructed or renovated without solar. In fact, more than 90% of roofs in the EU go unused at a time when we need much more solar. We now call on all Europeans to sign our petition, so that we can make solar on all new and renovated buildings mandatory in EU legislation – and make a cleaner, better future for ourselves.”

Pia Heidenmark Cook, Chief Sustainability Officer, IKEA Group stated: “We believe that climate change is real and is no longer a distant threat but something that people see in their everyday life. We believe that solar is a key part of the renewable energy transition and we truly believe that the future of energy is renewable. Ingka Group (strategic partner and largest franchisee of IKEA) has set a goal to produce as much renewable energy as we consume by 2020 and we’re almost there. Solar is a big part of this where we now have 900,000 solar panels on our buildings and three-quarters of that energy being produced is produced in our buildings. We’re also offering home solar to customers, soon in 10 markets and that’s fundamentally enabling our customers to live more climate-friendly by generating solar in their homes. We truly are delighted about this new initiative because the future needs to be renewable and this campaign is a step in the right direction. We all need to take climate action and we all need to do it now.”

Only 2% of the houses in the EU currently use solar

Matthias Buck, Director of European Energy Policy, Agora Energiewende  commented: "The European Commission that takes office in November of this year should launch an initiative for the rapid scaling of solar PV on rooftops throughout Europe. The costs for the technology have come down tremendously, and currently only about 2% of houses in Europe make use of this technology to generate electricity. Installing and maintaining such systems is creating local value, it’s creating jobs and last but not least, it is helping citizens to directly contribute to Europe’s clean energy transition.“

Sirpa Pietikäinen, Member of European Parliament (EPP Group) enthused: “Solar energy has so many benefits. It's easy to install; it's clean energy and it's cheap energy. Why don’t we take all rooftops all over Europe and produce clean, affordable, environmentally friendly energy – that is also good for the electricity bills of European households. Let’s make it compulsory in legislation to have all new buildings and those undergoing renovations installed with solar power.”

Giorgia Concas, Secretary General of AIE – the European Association of Electrical Contractors commented: “Solar is an easily deployable, scalable and versatile technology which is available at a very affordable cost. Already today, thousands of local and skilled electrical contractors are offering solar solutions to consumers across Europe. The roll-out of solar on all new and renovated buildings would help tackle climate change, while creating important green jobs for young people in our sector. This is why we support solar on all new and renovated buildings in the EU and call on you to do the same.”

Everyone can get involved in the campaign by using the hashtag #Solar4Buildings and by using the campaign toolkit on SolarPower Europe’s website. The petition will be presented to the EU institutions in November 2019. (HCN)

What happens when schools go solar?

A vision of 2040: everything we need for a sustainable world already exists.