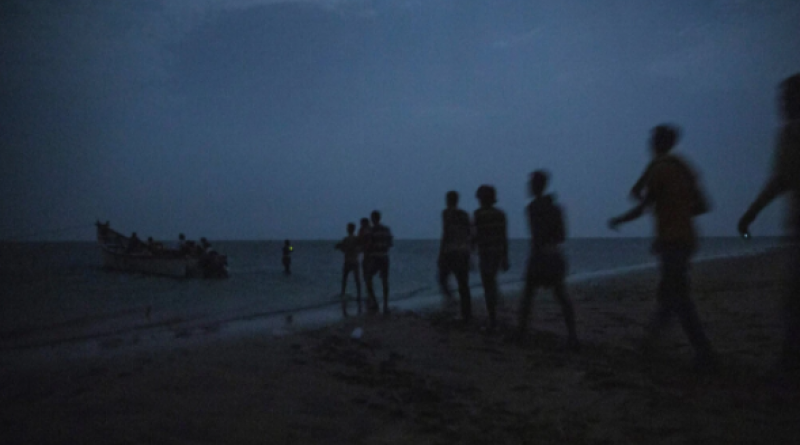 Several times in recent years, migrants trying to cross between Djibouti and Yemen have been thrown into the sea.

​​​​Smugglers threw 80 migrants into the sea between the Horn of Africa and the Arabian Peninsula on Wednesday, and at least 20 of them are believed to have drowned, in the third incident of its kind in less than six months, United Nations migration officials said.

The smugglers had packed about 200 migrants, including children, onto a boat in Djibouti that was bound for Yemen, crossing the narrow mouth of the Red Sea, according to Yvonne Ndege, regional spokeswoman for the International Organization for Migration, a U.N. agency.

About a half-hour after leaving shore, the smugglers began shouting that there were too many people on board, and threw dozens of them overboard, she said. At least five bodies had been pulled from the water by Wednesday night, she added, and survivors were being treated at an I.O.M. center in Djibouti.

No information was immediately available about the migrants, but every year, thousands of Africans cross the sea to war-torn Yemen, intending to make the dangerous journey through that country to one of the wealthy Gulf states, where they hope to find work — just as many others cross the Mediterranean Sea, hoping to reach Europe.

The coronavirus pandemic has brought an economic slowdown and new travel restrictions, significantly reducing the flow of migrants into the Arabian states. They have also been scapegoated in Yemen as carriers of the virus, making the trip more perilous.

Many migrants who lost their jobs in the Gulf in the past year have made the trip in reverse, and thousands have spent time in I.O.M. quarantine facilities in Djibouti.

Mohammed Abdiker, the Horn of Africa director of the U.N. agency, tweeted that in two instances in October and in the incident on Wednesday, dozens have died at the hands of smugglers who forced people overboard. The people were thrown into the sea on Wednesday off the coast of Obock, a small port town in Djibouti, he said.

In one case in 2017, at least 50 people drowned. Some migrants have reported being beaten with sticks and metal bars to force them off the boats. Other say that once at sea, smugglers have demanded more than the agreed-upon price, threatening to throw them overboard if they fail to pay.

“Prosecuting traffickers and smugglers who prey on the vulnerabilities of migrants must be a priority,” António Vitorino, director general of the I.O.M., wrote on Twitter Wednesday.

Djibouti is a tiny country, smaller in area than New Hampshire, with fewer than one million people, wedged between Ethiopia, Somalia and Eritrea. The major city and capital, also called Djibouti, lies only about 80 miles from the Yemeni coast. In some places, the strait between the two countries narrows to less than 17 miles, making it a prime crossing location.

Richard Pérez-Peña, an International News Editor in New York, has been with The Times as a reporter and editor since 1992. He has worked on the Metro, National, Business, Media and International desks. @perezpena • Facebook

Abdi Latif Dahir is the East Africa correspondent. He joined The Times in 2019 after covering East Africa for Quartz for three years. He lives in Nairobi, Kenya. @Lattif