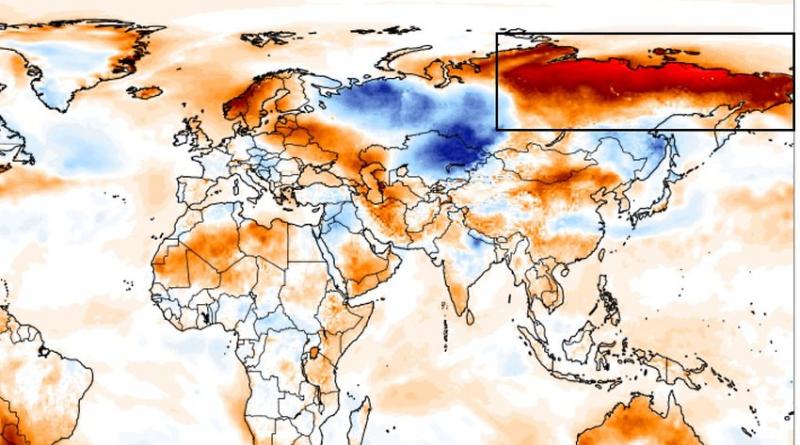 The 38 degrees Celsius reading is 18 degrees warmer than the average June high temperature.

A north-eastern Siberian town looks to have set a record for the highest temperature ever documented in the Arctic Circle.

The temperature in Verkhoyansk, about 4,660 kilometres northeast of Moscow, hit 38 degrees Celsius on Saturday, according to Russia-based meteorological website Pogoda i Klimat.

If verified, the reading – 18 degrees warmer than the average June high temperature of 20 degrees - would be the hottest temperature ever recorded in the Arctic. 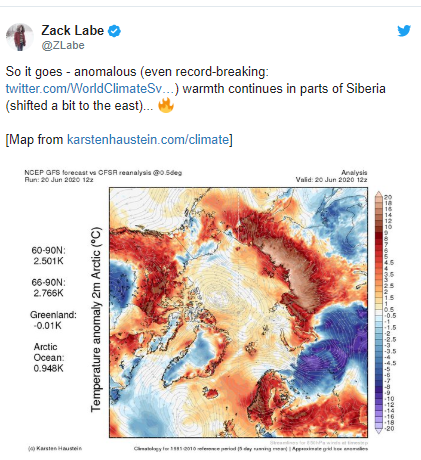 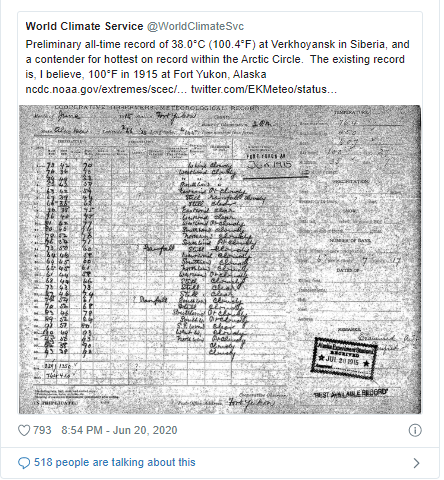 Verkhoyansk, which has about 1,300 residents, is recognised by Guinness World Records as having the world’s widest temperature range, with a previously recorded low of -68 degrees and a previous high of 37.2 degrees

It comes amid a heatwave in the Arctic, a region that scientists say is warming at more than twice the rate of the rest of the globe due to climate change.

Much of Siberia this year has experienced unseasonably high temperatures, accelerating the melting of ice and started the wildfire season unusually early.

It’s also contributed to permafrost melt, which is believed to have led to a major oil spill.

The oil spill in Norilsk, thought to be the worst in the Russian Arctic’s history, has leaked at least 20,000 tons of fuel into the nearby Ambarnaya River.

In May, western Siberia averaged temperatures 10 degrees above normal, according to the Copernicus Climate Change Service

A journey into Antarctica: the unavoidable signs of global heating.