Should I factor climate change into deciding whether to have kids? 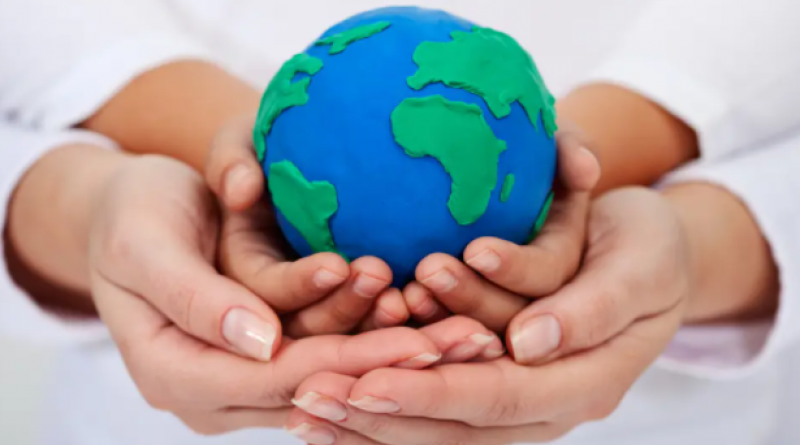 With more people worrying about the environmental ethics of bringing more children into the world, Kate Ng examines the arguments on either side

The decision whether or not to have children, if we are able to, requires us to take stock of our finances, our living situation, our relationship status and career plans, among various other factors. And in recent years, another question has crept up, fuelled by the looming climate crisis: what is the impact of having children on the planet?

The question hangs heavy for many young people as topics of sustainability and the future of the planet dominate the news agenda, and overpopulation is often cited as a factor. The first academic study of the issue last year found that an overwhelming number of people who are concerned about the climate crisis are deciding not to have children over fears their next of kin would struggle in the future.

The survey of 600 people aged 27 to 45 found that 96 per cent were very or extremely concerned about the wellbeing of their potential future children in a world ravaged by climate change. It also revealed deeply pessimistic views of the future, with 92.3 per cent of 400 respondents offering a negative vision of the future and only 0.6 per cent were positive.

The scientific consensus is that having children is the highest impact action an individual can do to create a lifetime of carbon emissions. A 2017 study carried out by climate scientists Kimberley Nicholas and Seth Wynes found that a child born into the developed world leaves a 58.6 metric tonne carbon footprint annually.

The study, published in Environmental Research, recommended that individuals reduce their greenhouse gas emissions by having one fewer child, living car-free, avoiding air travel and eating a plant-based diet.

Most recently, Prince Harry and Meghan Markle brought the issue into the spotlight after the birth of their second – and last – child in June this year. Before Meghan became pregnant with Lilibet, Harry told British Vogue that they were planning to have a “maximum” of two children.

The couple were named as environmental “role models” by UK-based charity Population Matters, which campaigns for a “sustainable human population”. The charity said the Duke and Duchess of Sussex’s decision would help “ensure a better future for their children”.

So how heavily should climate change factor into our decision to have children, or more children? The answer is not clear-cut and has sparked debate across academic and scientific communities for years.

The issue of overpopulation is often cited as a reason not to have more children as the world seems to hurtle towards environmental devastation. As the Earth’s resources are finite, it cannot support unlimited population growth – however, the guzzling of resources has also been linked to the consumption habits of high-income countries that have slower population growth rates than the rest of the world.

However, climate change is also driven by households. Studies have shown that through consumption, households are responsible for 72 per cent of global greenhouse emissions, making them key factors in reaching goals set by the Paris Agreement.

“We’ve got to cut that and people are already taking positive steps, like changing their diets - something very few people were doing just a few years ago. Now we know that having a smaller family is actually one of the most effective steps they can take - and it’s no longer a fringe idea.

“In fact, in a recent poll we conducted, nearly a third (31 per cent) of 18 to 24-year-olds said they wanted to have fewer or no children because of concerns about their future environmental impact. “

However, Kimberly Nicholas, a climate scientist who co-authored the 2017 study that recommended people have fewer children, said in her 2021 book “Under The Sky We Make” that if someone really wants to become a parent, they should go ahead.

She told Vox that reducing the population will not “solve the climate crisis”, adding that making the switch to sustainable agriculture was more urgent in the effort to reverse climate change.

“The reason for that is that we only have the next few years to solve the climate crisis reasonably well,” said Ms Nicholas.

“We know that we have this limited carbon budget that determines how much warming we’re going to experience. We’re really close to scary and dangerous limits right now.

“And we know what we have to do, which is leave fossil fuels in the ground and switch to regenerative and sustainable agriculture. That’s what our job is basically in this next decade.”

In global terms, it is estimated that agriculture is directly responsible for up to 8.5 per cent of all greenhouse gas emissions, with a further 14.5 per cent coming from land use change. According to the IPCC’s Special Report on Climate Change in 2019, this land change is mainly comprised of deforestation in developing countries to clear land for food production.

Ms Nicholas’s study measured the long-term impact of having a child in today’s climate, which took into account the likelihood that that child would go on to have their own children, creating further generations.

But she said that if people feel strongly about having children, and if they feel as though they have “a child-shaped hole” in their hearts, they should go ahead and become parents.

However, Mr Currie pointed out that Nicholas’ own study suggests that having one fewer child could be 20 times more effective than some other steps people are taking to reduce their carbon emissions.

He added: “That’s not to say people shouldn’t do the others. We have to do many other things too as a society and as individuals - this is no panacea but it makes a big difference, and we know now that big differences are what we need.”