Sexism, the Canberra bubble and climate: the battlegrounds for Zoe Daniel 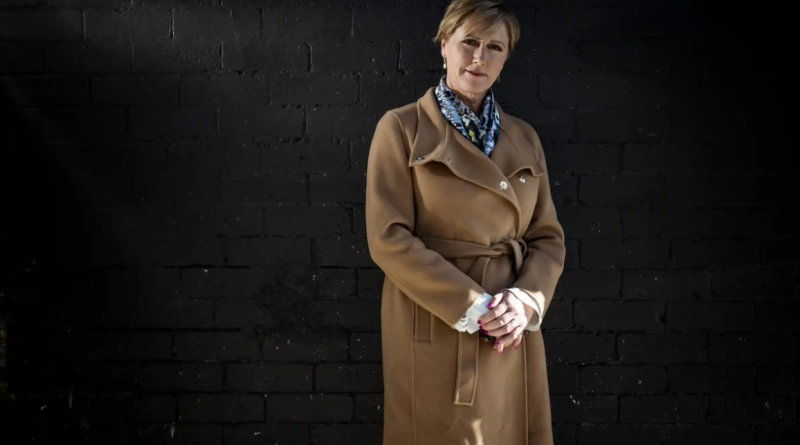 The newly elected independent MP for Goldstein, Zoe Daniel, will arrive in Canberra for her first sitting week armed with two pieces of advice she received during her epic six-month campaign to turn one of Victoria’s bluest electorates teal.

“One is not to get caught up in the politics of it all too much and to remain true to myself; and the second is to speak up as much as possible, which kind of lends itself to my skill set,” the former ABC journalist tells Guardian Australia.

It’s been eight weeks since the May election, in which she claimed the seat of Goldstein over sitting Liberal MP Tim Wilson. It had been held by the Liberals and their predecessors since federation.

Sitting in her electorate office in Brighton East while signage is being installed outside, Daniel describes the election result as an “emphatic rejection” of the two-party system. Voters are more hungry for action on the climate crisis, integrity and women’s issues than the Morrison government – or elements of the media – believed.

She is one of six new “teals” – a colour combining the Liberal party’s traditional blue with green – joining Warringah MP Zali Steggall on the crossbench when the 47th parliament sits for the first time next week, having won affluent seats off Liberals on the moderate wing of the party.

During the campaign, much was said about the candidates – all women of professional backgrounds: they were fake independents, Labor in disguise or, as former prime minister John Howard put it, “anti-Liberal groupies”.

Daniel describes the commentary as “dismissive” and “sexist”, and believes parts of the media were “just as entrenched in the two-party system as Labor and the Coalition”.

“It took ages for the media to even take candidates seriously. It was like, ‘why are these people getting attention? It’s not meaningful, they aren’t going to win,’” she says.

“The focus [of the media was] on the attack lines and the sort of optics of winning the game. And this is not a game. This is people’s livelihoods. This is our environment. This is the future of our country, of our world.

“I would like to think that there’s a little bit of a reset. And I do I remain very determined not to become that political person,’” she says. “I feel like even after 27 years of journalism, I’m still not a cynical human. I carried that into this role, I’m trying to be real and open-minded and [to] listen and respond. And not get caught up in the vortex.”

While she wouldn’t be the first politician with a wide-eyed determination to avoid getting sucked into the Canberra bubble, Daniel is confident the independents’ presence in the chamber will lead to a better working environment.

“We need to remind ourselves, ‘well, what are we trying to do here?’

“It’s not a school debating society. It’s not about winning,” she says.

“We’re supposed to be representing the community, taking the country forward, providing vision and hope. Not to be utopian about it, but I think people actually do want to be inspired and feel like we’re actually moving forward together into something.”

“There’s always going to be … competitiveness in a political environment, but I just don’t think it has to be just point-scoring off each other.”

She says the prime minister, Anthony Albanese, has so far offered to work constructively with the crossbench in his pledge to improve the standard of politics. Ministers have been readily available to crossbenchers to discuss the four bills it will introduce next week, which seek to enshrine its 43% emissions reduction target by 2030, legislate 10 days of domestic violence leave, mandate nurses in aged care homes and create a new jobs and skills agency.

“There’s absolutely genuine engagement going on. What is yet to become clear is just how much of that makes it into these bills,” Daniel says.

The most contentious is the climate change bill. The seven independents have laid out a set of demands for the legislation, which includes language specifying that the 43% target is a “floor not a ceiling”.

“We need to accept that we’ve moved too slowly. We actually really need to escalate that action in terms of moving into renewables and I think that we shouldn’t use what’s happening in the energy market as an excuse to slow down,” she says, acknowledging the transition will be challenging.

“The community of Goldstein recognises that it’s not going to be an easy process and I think that there is an understanding of the need for a just transition, particularly for regional communities that are going to be directly affected.

“But the people who elected me are ready for that challenge. They want this shift and we just need to keep the government accountable to really grasp that opportunity. I mean, they’ve got the political capital, so while you’ve got it, use it.”

On Labor’s integrity commission proposal, Daniel is calling for boosted whistleblower protections, though she disagrees with the new independent MP for the seat of North Sydney, Kylea Tink, who argued a commission could be empowered to sack parliamentarians if necessary.

“The commission should not have the power to order the sacking of an MP – that comes down to the leader of the party. There’s obvious potential consequences, being demoted to the backbench, for example,” she says.

“If there’s no criminal conduct, it should be an issue for the public at the next election.”

Daniel is also calling for a tightened code of conduct for elected representatives, transparency of political donations and the opening of ministerial diaries, as well as truth in electoral advertising laws, all in an effort to rebuild community trust in politicians.

And to address the rising cost of living, she would welcome an extension of the halving of the fuel excise in the short term, though she has called for more ambitious reform in areas such as childcare to enable more women to do more paid work.

As for reports of teal independents running at November’s state election in the Liberal-held marginal seats of Brighton, Caulfield and Sandringham, which fall within Goldstein, Daniel says she has no involvement.

“There’s potentially a community appetite for it. But I do think you also have to find the right person, and you have to have a motivated community that is willing to make it happen,” she said.

The Guardian view on politics and the environment: we demand better.

The Geopolitics of Climate Change.

How the world’s dirtiest industries have learned to pollute our politics.