Sea level rise could be worse than feared, warn researchers. 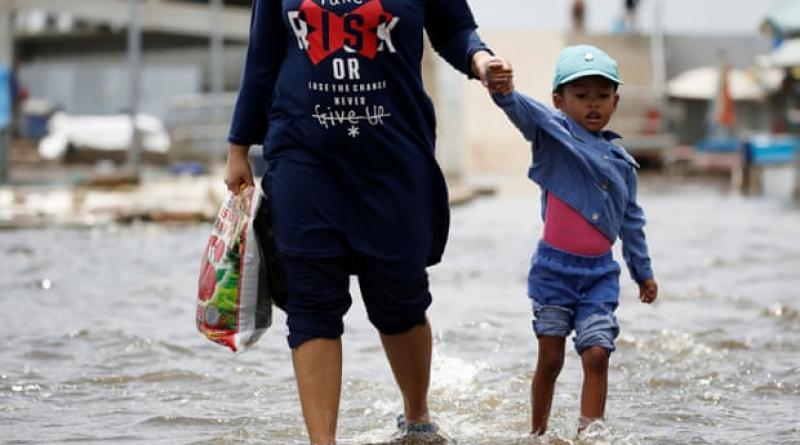 The rise in the sea level is likely to be faster and greater than previously thought, according to researchers who say recent predictions are inconsistent with historical data.

In its most recent assessment, the Intergovernmental Panel on Climate Change said the sea level was unlikely to rise beyond 1.1 metre (3.6ft) by 2100.

But climate researchers from the University of Copenhagen’s Niels Bohr Institute believe levels could rise as much as 1.35 metres by 2100, under a worst-case warming scenario. When they used historical data on sea level rise to validate various models relied on by the IPCC to make its assessment, they found a discrepancy of about 25cm, they said in a paper published in the journal Ocean Science.

The researchers said the models used by the IPCC were not sensitive enough, based on what they described as a “reality check” test.

“It’s not great news that we believe the former predictions are too low,” said the climate change scientist Aslak Grinsted, a co-author and an associate professor at the Niels Bohr Institute.

“The models used to base predictions of sea level rise on presently are not sensitive enough,” he said. “To put it plainly, they don’t hit the mark when we compare them to the rate of sea level rise we see when comparing future scenarios with observations going back in time.”

However, he hoped their testing method could be used to constrain models, make them more credible and reduce uncertainty. He said the paper had been sent to the IPCC sea level scientists.

The rise predictions used by the IPCC are based on a “jigsaw puzzle” of models for ice sheets, glaciers and thermal expansion or warming of the sea. The more the temperature rises, the higher the sea level will get.

But, Grinsted said, only a limited amount of data was sometimes available for the models to be tested on. There was practically no data on the melt-off rate for Antarctica before satellite observations in the 1990s, he said. Grinsted found that while individual data, when tested backwards in time, from 1850 to 2017, reflected actual sea level rise, when the data was combined the predictions were too conservative.

“We have better historical data for the sea level rise in total, which, in principle, allows for a test of the combined puzzle of models,” said Grinsted.

The research team at the Niels Bohr Institute hopes their method for validating future scenarios by looking into the past can gain a foothold in how sea level rise will be analysed.

Jens Hesselbjerg Christensen, a professor at the institute’s ice, climate and geophysics section and a co-author on the paper, said: “We hope this new comparison metric will be adopted and can become a tool we can apply in comparing different models.”