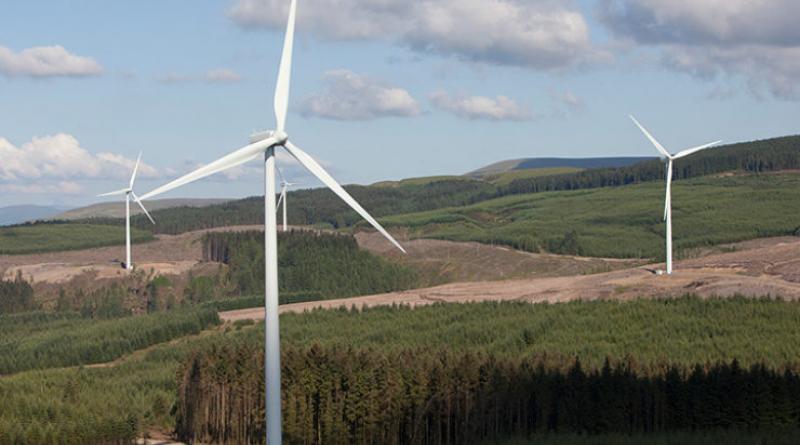 The country would leave behind fossil fuels with a clean energy matrix.

Scotland, which will host this year’s UN climate summit in November, is considered a global leader on clean energy. The country set its goal to leave behind fossils by 2020 and an interim goal of powering 50% of its electricity with renewables by 2015 – a target clearly exceeded.

Renewable energy powered 59% of Scotland’s energy in 2015, according to Scottish Development International. Since then, the country has continued to increase its use of renewables. In 2017, 68.1% of its energy came from clean sources, a figure which rose to 74.6% by 2018.

According to WWF, Scotland generated 9,831,320 megawatt-hours (MWh) of wind energy between January and July of 2019. That could power 182% of all the 4.4 million Scottish homes, or 100% of the homes in Scotland and the North of England.

“These are amazing figures; Scotland’s wind energy revolution is clearly continuing to power ahead. Up and down the country, we are all benefitting from cleaner energy and so is the climate,” Robin Parker, WWF Scotland’s Climate and Energy Policy Manager, said in a statement for WWF.

Wind power is the main favorite in Scotland but other sources of renewable energy are also employed such as solar, geothermal, biomass, hydroelectric, and hydrokinetic (wave power). Achieving a 100% renewables-based energy matrix would add Scotland to the list of other countries that achieved the same goal, such as Paraguay, Iceland, and the Congo.

In a recent report, the organization Scottish Renewables estimates Scotland will reach its goal this year thanks to the government’s active role in the matter. It declared the climate emergency and committed to having zero emissions by 2045 – five years earlier than the goal set by the UK.

No matter the goal, the expansion of renewables continues in Scotland. ScottishPower, the renewable energy arm of the power companies, plans for a major expansion of onshore windfarm projects across the country. Almost 100 sites for a new generation of wind farms have already been considered.

The next focus for the government should be in decarbonizing the heat and transportation sectors, NGOs have claimed. The government has pledged to phase out petrol and diesel cars and vans by 2032 as part of the Climate Change Bill. This would mean a massive expansion of the number of electric vehicles and charging stations.

Scotland Could Leave the United Kingdom Over Brexit—and Green Energy.