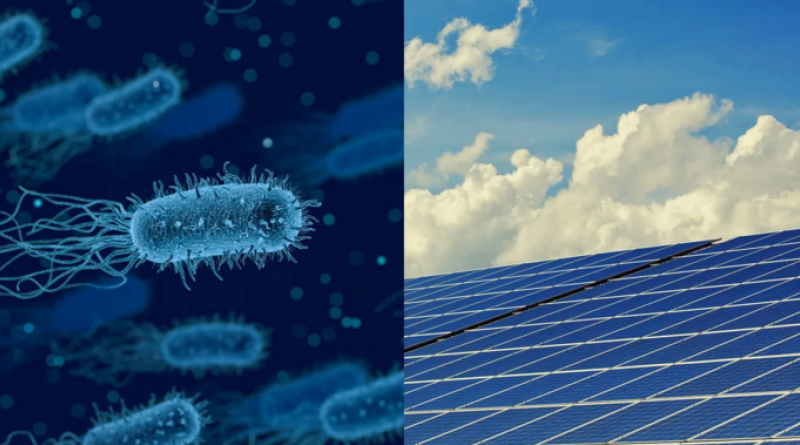 For renewable energy to become more widespread, fresh technology that can facilitate storing it on a large scale needs to be developed. A team of researchers from Cornell University wants to use biology to solve the problem. They propose employing bacteria to store such energy in a solution at once sustainable and ingenious.

Scientists think electroactive microbes can be engineered to work with wind and solar energy to produce biofuels like isobutanol and propanol that can be burned on their own or added to other substances — gasoline, for instance.

"We think biology plays a significant role in creating a sustainable energy infrastructure," explained Buz Barstow, the study's senior author and assistant professor of biological and environmental engineering at Cornell. "Some roles will be supporting roles and some will be major roles, and we're trying to find all of those places where biology can work."

The particular way in which the electroactive microbes would work is by borrowing electrons from solar or wind energy, then using it to break apart carbon dioxide molecules from the air to draw out carbon atoms. These carbon atoms can then be turned into biofuels, explains the press releasefrom Cornell.

Farshid Salimijazi, a graduate student and the paper's first author, said that their approach aims to "stitch together biological and non-biological electrochemical engineering to create a new method to store energy".

For their ideas, the scientists took the cues from nature, studyingphotosynthesis in particular. This natural process is great at storing massive amounts of solar energy, which it turns into biofuels. In fact, over a year, photosynthesis traps six times the solar energy that the whole civilization uses up at that time.

But this process is not as efficient as it could be, capturing just a fraction(less than 1%) of the energy that reaches photosynthesizing cells. What can

be more efficient, say the scientists, is to use electroactive microbes which can utilize photovoltaics to take in electricity into their metabolism. This energy will then turn carbon dioxide into biofuels.

Other kinds of renewable energy sources, not just solar, can power such processes. The researchers plan next to figure out which combination of electrochemical and biological components would produce the best results.

Check out the new study "Electrical Energy Storage With Engineered Biological Systems" in the Journal of Biological Engineering. Besides Barstow and Salimijazi, Erika Parra of MultiPHY Laboratories, Inc., was also involved in the paper, as a co-author.