Scientists Say Methane Release Is Starting in Arctic Ocean. How Concerned Should We Be? 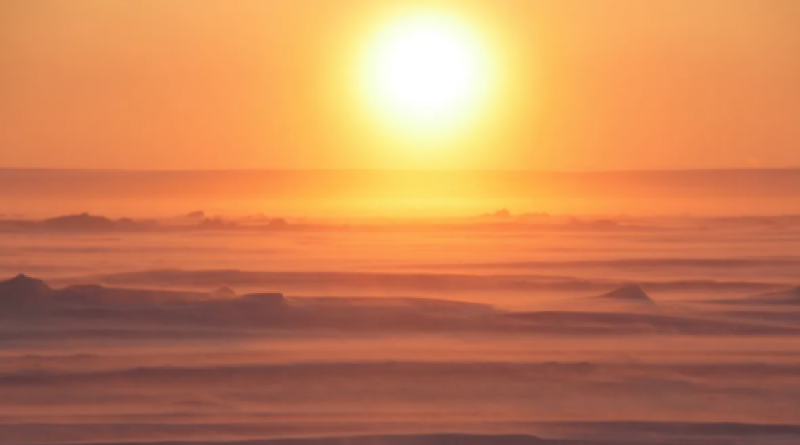 Arctic Ocean sediments are full of frozen gases known as hydrates, and scientists have long been concerned about what will happen when and if the climate crisis induces them to thaw. That is because one of them is methane, a greenhouse gas that has 80 times the warming impact of carbon dioxide over a 20 year period. In fact, the U.S. Geological Survey has listed Arctic hydrate destabilization as one of the four most serious triggers for even more rapid climate change.

Now, scientists onboard the Russian research ship R/V Akademik Keldysh have told The Guardian that there is evidence this destabilization has already begun off Siberia's eastern coast.

"The discovery of actively releasing shelf slope hydrates is very important and unknown until now," vessel chief scientist Igor Semiletov of the Russian Academy of Sciences told The Guardian. "This is a new page."

They also recorded methane concentrations of as much as 1,600 nanomoles per liter at a depth of around 300 meters (approximately 984 feet) on the slope of the Laptev Sea. That's 400 times higher a concentration than would be expected in normal circumstances.

While the methane bubbles are still being absorbed by the ocean, the researchers did measure methane concentrations near the surface that were four to eight times higher than normal, and said this methane would make it into the atmosphere.

"At this moment, there is unlikely to be any major impact on global warming, but the point is that this process has now been triggered. This East Siberian slope methane hydrate system has been perturbed and the process will be ongoing," Swedish scientist Örjan Gustafsso of Stockholm University told The Guardian.

This isn't the first alarming find that Semitelov's expedition has turned up. Last fall, they released images of a methane fountain bubbling up from the floor of the East Siberian Sea, The Moscow Times reported.

However, the researchers urged caution in responding to their findings. They stressed that they needed to be confirmed once the expedition is over and the data can be reviewed and written up in a peer reviewed journal.

"Potentially they can have serious climate consequences," Semitelov told The Guardian of his discoveries, "but we need more study before we can confirm that."

Scientists who were not involved with the study responded with skepticism to The Guardian story, The Week reported.

Climate scientist Zeke Hausfather pointed to a major study of global methane emissions that relied on both satellite data and on-site observations and found that there was no increase in Arctic Ocean methane emissions as of 2017.

Gavin Schmidt, a climatologist and director of the NASA Goddard Institute for Space Studies, argued that there was no evidence that Arctic methane had had a significant climate impact in earlier eras when the region was even warmer than it is today.

"This story is ... unconvincing," he tweeted. "First off it's just two scientists (no publication), one of whom has made similar (unsupported) claims before & ignores the context that permafrost & methane have been degrading in this region since it was inundated in the early Holocene."