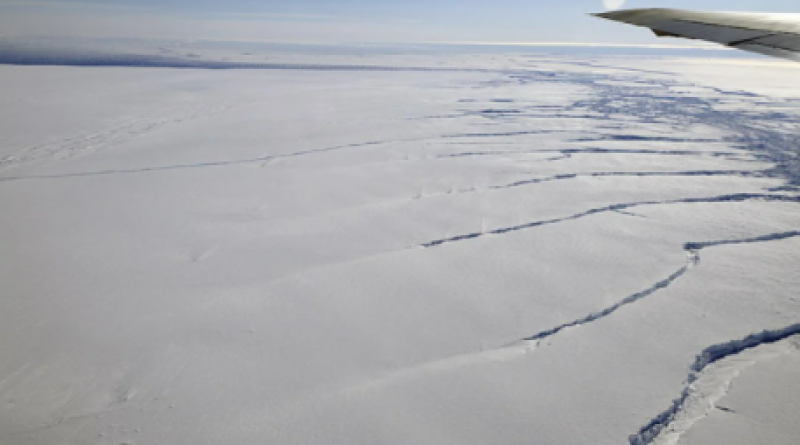 Antarctica's Pine Island Glacier is currently losing more ice than any other glacier in Antarctica, but could it collapse entirely?

This has been a matter of debate and concern for scientists. Now, for the first time, researchers have identified the tipping points that would send the glacier into an irreversible retreat and published their findings in The Cryosphere on March 25. This retreat is a big deal because it could lead to the entire West Antarctic Ice Sheet collapsing and sea levels rising almost 10 feet.

"The possibility of Pine Island Glacier entering an unstable retreat has been raised before, but this is the first time that this possibility is rigorously established and quantified," Hilmar Gudmundsson, study author and University of Northumbria professor of glaciology and extreme environments, said in a press release. 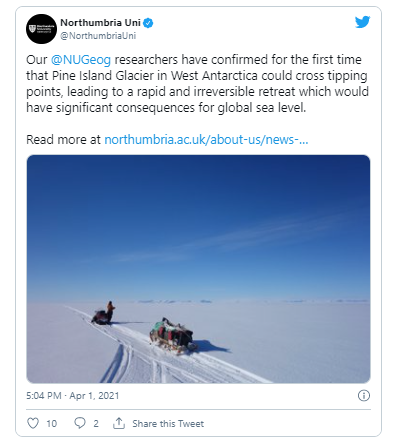 West Antarctica is feeling the impacts of the climate crisis more than East Antarctica. The West Antarctic Peninsula is warming five times faster than the global average, the University Corporation for Atmospheric Research found. In West Antarctica, the Pine Island Glacier and its neighbor, the Thwaites Glacier, are two of the glaciers most impacted by warming temperatures, and there is evidence that the ice shelf supporting them is beginning to crack.

Even now, the two glaciers are responsible for around 10 percent of global sea level rise, the press release explained, which is why researchers are so concerned about their eventual collapse. However, while scientists have raised the possibility of collapse before, they have not been able to identify if or how it would happen.

Until now. The University of Northumbria team developed an ice-flow model that enables them to identify key tipping points for the glacier.

"Many different computer simulations around the world are attempting to quantify how a changing climate could affect the West Antarctic Ice Sheet, but identifying whether a period of retreat in these models is a tipping point is challenging," Dr. Sebastian Rosier, study lead author and a Vice-Chancellor's Research Fellow in Northumbria's Department of Geography and Environmental Sciences, said in the press release. "However, it is a crucial question and the methodology we use in this new study makes it much easier to identify potential future tipping points."

"The third and final event, triggered by an ocean warming of approximately 1.2 degrees C from the steady-state model configuration, leads to a retreat of the entire glacier that could initiate a collapse of the West Antarctic Ice Sheet," the study authors warned.

While Gudmundsson was pleased with the results on a scientific level, they also alarmed him on a human level.

"[T[he findings of this study also concern me. Should the glacier enter unstable irreversible retreat, the impact on sea level could be measured in meters, and as this study shows, once the retreat starts it might be impossible to halt it," he said.