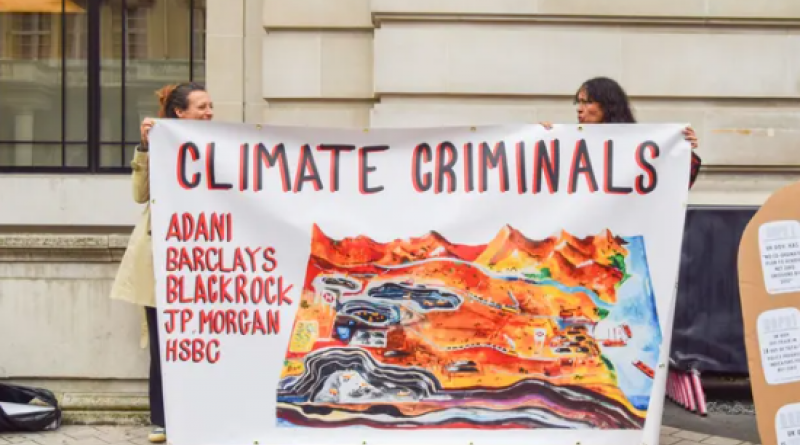 Campaigners say museum ‘doubling down’ on ‘reckless’ choices of funder with backing from arm of coal giant Adani.

The UK’s Science Museum has “doubled down” on its sponsorship of climate exhibitions by fossil fuel companies, campaigners say, by taking funding from a subsidiary of the Adani Group.

Adani is a conglomerate with major holdings in coal, the most polluting fossil fuel. The Energy Revolution gallery, opening in 2023, will be sponsored by Adani’s Green Energy arm.

The museum said the gallery “will explore the latest climate science and the energy revolution needed to cut global dependence on fossil fuels”. Dame Mary Archer, chair of the Science Museum Group, said: “This gallery will take a truly global perspective on the world’s most urgent challenge. We’re hugely grateful to Adani Green Energy for the significant financial support.”

Campaigners called the decision “astonishing” and “reckless”. The Science Museum has attracted heavy criticism over sponsorship deals with oil and gas giants Shell, BP and Equinor. The Shell deal included a contract clause committing the museum not to “damage the goodwill or reputation” of the oil company.

The museum’s former director, climate scientist Prof Chris Rapley, resigned from its advisory board on 2 October over the issue. The museum is hosting the government’s Global Investment Summit on Tuesday, part of the preparations for the crucial Cop26 climate summit at the end of the month in Glasgow.

Adani has said it wants to be the largest renewable energy company in the world by 2030. But it is facing opposition in India and Australia over plans to expand its coal operations. Gautam Adani, group chair, said: “The new gallery will explore how we can power the future through low carbon technologies.”

Jess Worth, from Culture Unstained, said: “Astonishingly, the museum’s management have doubled down and signed up Adani – a coal conglomerate – to sponsor a gallery about the energy transition. Their enthusiasm for fossil fuel partnerships has turned controversy into a crisis of credibility, and they must be held to account for their reckless decisions.”

Adrian Burragubba, an Indigenous traditional owner of land targeted by Adani for a huge coal mine in Australia, said: “By putting this company on a pedestal, the Science Museum is complicit in Adani’s violation of our human rights and destruction of our ancestral lands.”

Sir Ian Blatchford, chief executive of the Science Museum, said: “Adani Green Energy already has one of the world’s largest renewable portfolios and plans to invest $20bn in clean energy over the next 10 years. And be in no doubt, such massive investments are needed to move India from high-carbon to low-carbon energy whilst still meeting their growing energy needs.”

Shell’s sponsorship of the museum’s current climate exhibition, Our Future Planet, has been criticised by scientists, exhibition contributors and Greta Thunberg. On Sunday protesters delivered a huge pile of bin bags to the museum to protest against links to coal.