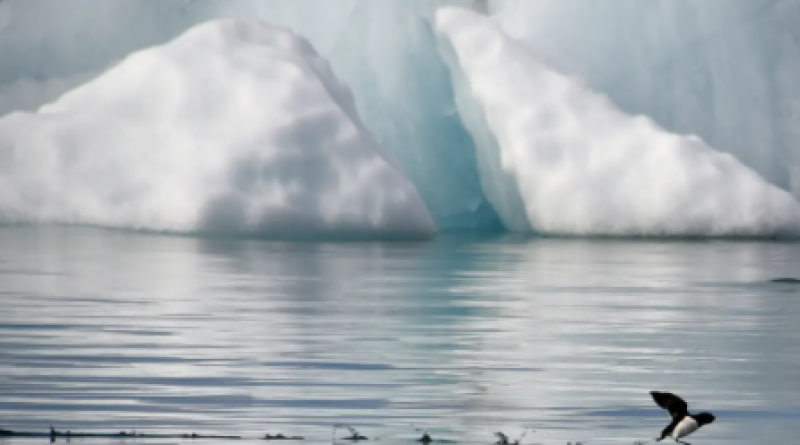 As the climate continues to warm, significant ice loss in the Russian Arctic will have clear impacts for sea level rise’.

Glaciers and ice caps in parts of the Russian Arctic are losing meltwater equivalent to nearly five million Olympic-sized swimming pools every year, research has indicated.

Data collected from satellites suggests that the quantity of ice lost between 2010 and 2018 would submerge an area the same size as the Netherlands under seven feet of water.

Researchers say that rising temperatures in the Arctic Ocean seem to be playing a key role in accelerating ice melt from two large archipelagoes that border the Kara Sea.

Warming of the Arctic Ocean appears to play a key role in accelerating ice loss from two large groups of islands that border the Kara Sea, researchers say.

A team from the University of Edinburgh used data collected by the European Space Agency’s CryoSat-2 research satellite to map and monitor changes to both the surface height and the mass of ice caps and glaciers.

The team then compared their findings with climate data for the same period of eight years and found what they say is a clear link between rising atmospheric and ocean temperatures and an increase in loss of ice from the two groups of islands.

Analysis indicated that between the years of 2010 and 2018, the Novaya Zemlya and Severnaya Zemlya archipelagos – which make up a combined area of about 50,000 square miles – lost a total of 11.4 billion tonnes of ice annually.

The stability of several of the region’s glaciers and ice caps has already been affected by the thinning of ice, with concerns that more ice loss could be seen in the future, said the team.

Ice caps are large bodies of ice which are several hundred meters thick and in the particular region, cover areas of up to around 8,000 square miles.

Glaciers, on the other hand, are relatively smaller in size. Indeed, some of the ice caps store ice which is up to 12,000 years old and can provide scientists with important long-term records of the Arctic climate.

Lead author of the study, Dr Paul Tepes, of the University of Edinburgh’s School of GeoSciences, said: “The Russian Arctic is largely inaccessible, but satellite data has enabled us to monitor changes to its ice caps and glaciers.

“As has been observed elsewhere in the world, ice loss in the region is accelerating.

“As the climate continues to warm, significant ice loss in the Russian Arctic will have clear impacts for sea level rise.”

The results of the study support a body of research which suggests that conditions in the Arctic Ocean are starting to become much warmer, more like those found in the North Atlantic.

The team hopes that the study may help to predict future ice loss in regions which are experiencing similar patterns of temperature change in both the ocean and the atmosphere. It could also help to improve global sea level predictions.