Rich nations relent on climate aid to poor at Cop27 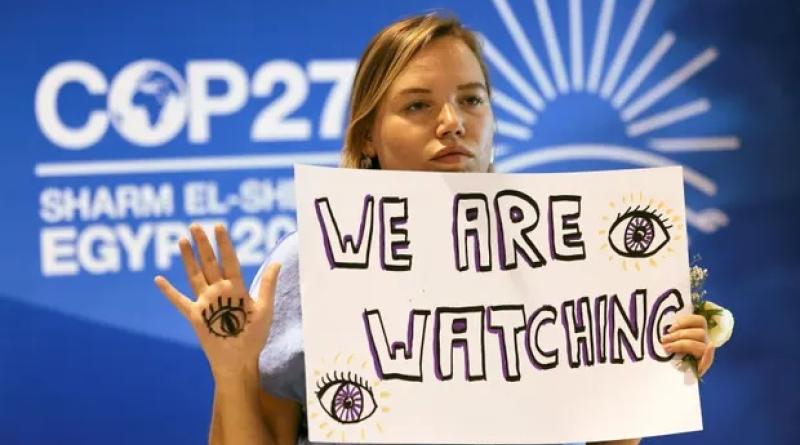 The world’s poorest countries have scored a historic victory at the Cop27 climate summit, after countries agreed to set up a fund to help poor countries being battered by climate disasters, but delayed approving a wider deal outlining global resolve to fight climate change.

After tense negotiations that ran through the night, the Egyptian Cop27 presidency early on Sunday released a draft text for an overall agreement – and simultaneously called a plenary session to gavel it through as the final, overarching agreement for the UN summit.

The session approved the text’s provision to set up a “loss and damage” fund to help developing countries bear the immediate costs of climate-fuelled events such as storms and floods.

But it kicked many of the most controversial decisions on the fund into next year, when a “transitional committee” would make recommendations for countries to then adopt at the Cop28 climate summit in November 2023.

Developing countries have been asking for help with “loss and damage” – financial assistance to rescue and rebuild stricken countries after climate-related disaster – for more than a decade.

But rich countries have until now refused, providing limited cash instead to help them cut greenhouse gas emissions and build defences against extreme weather.

“Spirits are high,” said Jean Su, energy justice director at the Center for Biological Diversity. “Climate-vulnerable nations and civil society are beaming at a big step forward on creating a loss and damage fund, more than a decade in the making.”

A deal was still uncertain as the clock ticked on the extension of the Cop27 UN climate summit in Egypt, running well beyond delegates’ Friday deadline.

However, the EU, the US, the UK and other developed countries had all agreed in principle by the mid-evening that a funding facility for loss and damage should be set up.

Mohamed Adow, director of energy and climate at the thinktank Power Shift Africa, said: “Cop27 has done what no other Cop has achieved and created a loss and damage fund to support the most impacted communities of climate change. This has been something which vulnerable countries have been calling for since the 1992 Rio Earth Summit.

It was a day of high drama in Sharm el-Sheikh, and bitter conflict between rich and poor nations. Some of the world’s poorest countries denounced the rich world for delaying action and refusing financial assistance for afflicted countries for so long.

Rich countries sought to argue that rapidly growing economies such as China and oil producers such as Saudi Arabia and other petro-states should contribute to rather than receive from funds to repair climate “loss and damage”.

They also want to ensure that the countries receiving cash from the fund are the most vulnerable, rather than those with big economies that are still classed as “developing” under the UN Framework Convention on Climate Change, signed in 1992.

Vanessa Nakate, a youth activist from Uganda, said: “Cop27 was meant to be the African Cop, but the needs of African people have been obstructed throughout. Loss and damage in vulnerable countries is now unignorable, but some developed countries here in Egypt have decided to ignore our suffering. Young people were not able to have their voice heard at Cop27 because of restrictions on protest, but our movement is growing and ordinary citizens in every country are starting to hold their governments accountable on the climate crisis.”

The UK fought hard throughout the day to keep alive a global vow made last year at Cop26 in Glasgow of limiting global heating to 1.5C above pre-industrial levels. Some nations – including Saudi Arabia, Brazil and at some points China – had threatened to unpick this commitment, weakening the temperature goal and removing the requirement made at Glasgow for countries to update their emissions-cutting plans each year.

That unpicking was unacceptable to many developed and developing countries, which see the Glasgow commitments as a minimum that should be improved on, not rolled back. “What we are seeing is Glasgow minus, and we need to see Glasgow plus,” said one developed country negotiator.

Alok Sharma, the UK’s president of Cop26, warned the Egyptian hosts that the fortnight-long conference would be a failure unless the 1.5C goal was kept alive.

The Egyptian hosts came in for strong criticism over their methods of brokering a deal, by showing drafts of the final text to selected countries individually, rather than allowing them to work together. One veteran delegate called it “un-transparent, unpredictable and chaotic”.

There was also a rare moment of unity, when the US and China unexpectedly patched up their diplomatic row and revived a joint partnership that will mean the world’s two biggest emitters, and biggest economies, cooperate on ways to cut greenhouse gas emissions.

The final marathon negotiating session continued long into the night, past the deadline of 6pm local time on Friday. Workers dismantled the cafes, stalls and pavilions, leaving food and drink hard to find, while delegates rushed to meeting after hastily convened meeting. For long stretches, it was unclear what the format was for trying to reach agreement, and in some cases delegates seemed to be negotiating from different texts.

There were fears that so many attenders were having to leave to catch flights that some negotiating teams would be unable to complete the sessions, and if the exodus continued, the conference of the parties might not be quorate under UN rules.

A commitment to “phase down fossil fuels” looked likely to be lost after oil-producing countries objected. The conference of the parties (Cop) takes place under the UN Framework Convention on Climate Change, which requires consensus to be reached on all decisions. That means small numbers of countries can hold up progress, to the frustration of the majority.

Fossil fuel lobbyists have been out in force at this Cop, with more than 600 estimated to have attended. Next year’s Cop will take place in the United Arab Emirates, an oil producer, which many activists fear will mean an even greater role for oil merchants.

Achieving a commitment to a loss and damage fund is just the beginning. Andres Mogro, finance negotiator for the developing country bloc G77 and China, told the Observer: “We hope that when [the fund] becomes operational, it can reflect the level of urgency and the needs of developing countries. A big responsibility is now in the hands of the committee that will design the fund.”

Discussions on the committee, one delegate said, would begin “one day after Cop”.

See you in court: how climate lawsuits could sharpen Cop27 loss and damage talks