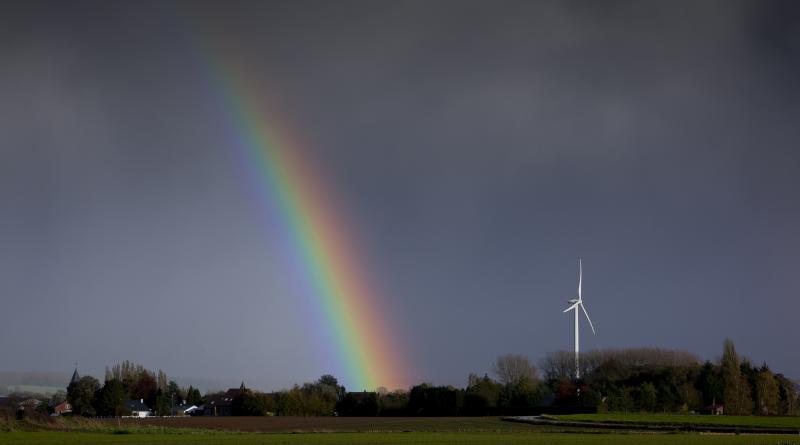 Renewable energy will supply 46.3% of Germany’s electricity this year—utility group

Renewable sources met 46.3% of Germany’s power consumption in 2020, 3.8 percentage points more than in 2019, utility industry association BDEW said on Monday, adding that parts of the increase came from a drop in usage in the coronavirus crisis.

“The share of renewables has risen yet again this year,” said BDEW managing director Kerstin Andreae. “But lower usage masks the fact that the expansion of renewables is not fast enough.”

This year’s green share within domestic power consumption which totaled 543.6 terawatt hours (TWh) compared with 42.5% in 2019. Consumption itself was down 4.4% year-on-year.

Germany wants to raise the share of renewable in its power mix to 65% by 2030 and is just finalising a green law reform bill this week to step up its efforts.

Japan planning major expansion in offshore wind, up to 45GW by 2040

Japan will aim to more than quadruple offshore wind generation capacity in the decade to 2040 under plans to meet its mid-century emissions reduction target.

The government will seek to lift offshore wind capacity to as much as 45 gigawatts in 2040 from 10 gigawatts in 2030, the Ministry of Economy, Trade and Industry said Tuesday in a statement. Reaching that goal will require a vast expansion of a sector that has current capacity of about 20 megawatts.

“Offshore wind holds the key,” for Japan’s efforts to curb emissions and the government intends to use some of a proposed 2 trillion yen ($19.2 billion) green technologies fund to stimulate innovation in the sector, Economy Minister Hiroshi Kajiyama said in Tokyo. “We expect to attract investment from companies in and out of Japan to create a new industry,” he said.

Offshore wind, along with hydrogen and ammonia, is seen as a key source of energy Japan can lean on to achieve its 2050 decarbonization target, as the densely populated nation has limited onshore space for solar and wind development.

The new target is being set as Prime Minister Yoshihide Suga looks to green investment to support the nation’s growth strategy, and amid calls from the energy sector for the government to set long-term goals to help stimulate investment in offshore projects.

Beyond 2040, growth of Japan’s offshore wind sector will likely need to continue to accelerate. Capacity could jump to 90 gigawatts by 2050, Shigehito Nakamura, managing director at the Japan Wind Power Association, said in September.

U.S. solar installations are expected to soar 43% this year, just shy of a pre-pandemic forecast, as the industry has recovered more quickly than expected from a virus-related slowdown, according to a report by the top solar trade group.

The improved outlook reflects robust demand from utilities seeking to meet carbon-reduction goals and a rebound in demand for home solar systems, thanks in part to declining costs for the technology.

The sector is now expected to install more than 19 gigawatts of solar this year, enough to power more than 3.6 million homes, according to the U.S. Solar Energy Industries Association (SEIA) and energy research firm Wood Mackenzie. Last year it installed 13.3 GW of capacity.

Solar energy also accounted for 43% of new U.S. power capacity additions through the third quarter, compared with less than a third for wind and natural gas.

The solar industry has been growing rapidly in recent years thanks to declines in the cost of the technology that enable it to compete with power generated by coal and gas. Even so, just 3% of U.S. electricity is now generated by the sun. SEIA hopes that will rise to 20% over the next decade.

New project announcements from U.S. utilities during the quarter prompted SEIA to revise its installation forecast for 2021 to 2025 upward by 10 GW to 107 GW.

Power demand in Vietnam is growing by 10 percent annually, making it critical for the country to use modern, clean technologies to sustain its rapid economic growth while also protecting human health and the environment. Vietnam’s demand for electricity might rise to 90,000 MW by 2025 and double that by 2030, the Ministry of Industry and Trade has said. The current capacity is more than 68,000 MW in the first 11 months, up 3.19 percent against the same period last year.

By September 2019, the registered capacity of solar power plants had reached 25,000 MW, racing ahead of the government’s target of 4,000 MW by 2025, according to EVN. It said renewables currently account for 9 percent of Vietnam’s energy mix, surpassing the target of 7 percent set for 2020.

Through the agreement, USAID will also help EVN evaluate rooftop solar systems in its distribution network, build its capacity to mitigate adverse impacts to the grid and design and run innovative communication campaigns to promote rooftop solar.

“Yes we can”: Energy experts plot path to fossil-free grid.