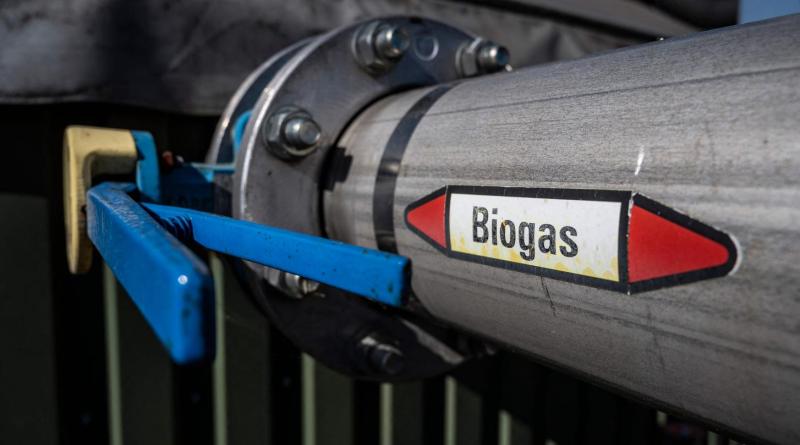 Russia's invasion of Ukraine has shaken many long-held Western assumptions about the foundations of peace in Europe. Among other things, it has renewed policymakers' focus on energy dependence as a key strategic issue.

The United States recently announced an immediate ban on imports of Russian oil and gas, while the United Kingdom and the European Union pledged to curb them more gradually. The rationale is clear: punish Russia, reduce its leverage, and restore peace to Ukraine. But wrong choices now -- specifically, continuing to favour fossil fuels over renewable energy -- could lock in a far less peaceful future.

Some Western countries have let themselves become overly reliant on Russian oil and gas in recent years, so the decision to cut back was not easy. But the bigger, tougher decision facing Western governments is how to reduce their overall dependence on fossil fuels. Simply replacing one dirty energy source with another would leave the growing dangers of climate change to be dealt with later -- if at all.

Given the pressure of the current Ukraine crisis, such shortsightedness would be understandable. Western governments must close the energy gap created by stopping Russian fossil-fuel imports, while minimising the damage to national economies. For now, they have the public with them. But if energy costs rise too high, or shortages become too disruptive, the resulting economic havoc could erode public support.

Any alternative energy sources must therefore come onstream quickly and provide affordable, reliable supplies. And they should not create new geopolitical entanglements that might cause problems later.

But with climate change fast becoming a leading driver of insecurity worldwide, doubling down on fossil fuels would be a tragic mistake -- a choice that could make the world a more violent place in the coming decades.

The 2021 Production Gap Report highlighted the disconnect between current fossil-fuel production plans and climate pledges. Under current policies, global warming is on track to reach a catastrophic 2.7C this century. We need to be rapidly closing down wells and mines and shrinking production, not adding more capacity.

Climate change is already making the world more dangerous and less stable. The latest report from the Intergovernmental Panel on Climate Change (IPCC) -- dubbed "an atlas of human suffering" by United Nations Secretary-General Antonio Guterres -- offered a stark assessment of the huge economic and human costs of even the early effects of climate change that we are experiencing now. It paints a picture of a future that we must avoid.

A survey of headlines over the past 12 months reveals record floods, storms, wildfires, heat waves, and droughts. All of these weather events are becoming more frequent, extreme, and deadly as a result of climate change, and all of them can increase the likelihood of conflict and instability. Today, 80% of UN peacekeepers are deployed in countries regarded as most exposed to climate change. Likewise, a recent study found that a 1C increase in temperature was associated with a 54% increase in the frequency of conflicts in parts of Africa where nomadic herders and sedentary farmers compete for dwindling supplies of water and fertile land.

As the IPCC report points out, the consequences of climate change most quickly destabilise places where tensions are high and government structures are weakened or corrupt. As research for the forthcoming Stockholm International Peace Research Institute (Sipri) Environment of Peace report shows, armed extremist groups like al-Shabaab, the Islamic State, and Boko Haram have thrived in regions that suffer the worst effects of climate change. They find recruits and supporters among people whose lives and livelihoods have become increasingly precarious because of floods and droughts.

In our globalised, networked world, the repercussions of local climate impacts can quickly spread, through supply-chain shocks, spillover conflicts, and mass migrations. And, as Russia's invasion of Ukraine has demonstrated, the rules-based order is alarmingly fragile, leaving ordinary people to face the terrible consequences.

The West's rejection of Russian oil and gas creates an opportunity to accelerate the transition away from fossil fuels. Energy efficiencies and other demand reductions can do part of the job.

As for the rest, renewable alternatives like solar and wind power make economic sense. They are far quicker and safer to install than nuclear plants or most of the fossil-fuel alternatives being discussed. And they don't expose people to the spikes and dips of global fuel markets.

The world will achieve true energy security -- and have a chance of building a more peaceful, livable, and affordable future -- only if we leave fossil fuels behind.

Helen Clark is a former prime minister of New Zealand and former administrator of the United Nations Development Programme. Dan Smith is Director of the Stockholm International Peace Research Institute (Sipri). Margot Wallstrom is a former Swedish minister for foreign affairs and former European commissioner for the environment.

Why are the three IPCC working group reports significant?