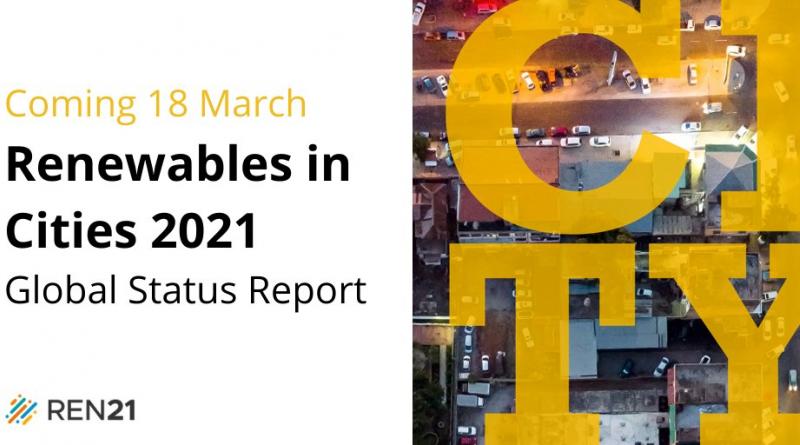 Cities’ secret advantage in the energy transition is their ability to act swiftly and ambitiously to curb big polluters.

The majority of energy consumption worldwide happens in cities, a trend which is only likely to increase. In 2018, around three-quarters of global final energy use was concentrated in cities, compared to just 45% in 1990. Unsurprisingly, around 75% of total global CO2 emissions are produced in urban areas.

As energy consumers, managers of energy networks and energy producers, city governments play key roles in the energy transition. City actors are uniquely positioned to decarbonise high-polluting energy end-use sectors, like heating and cooling in buildings, and the transport sector.

Although efforts in the power sector have been the focus of news coverage, heating, cooling and transport account for the lion’s share of total final energy consumption worldwide. More than 80% of all energy used is located in these sectors: transport accounting for 32%, and heating and cooling for a massive 51%. 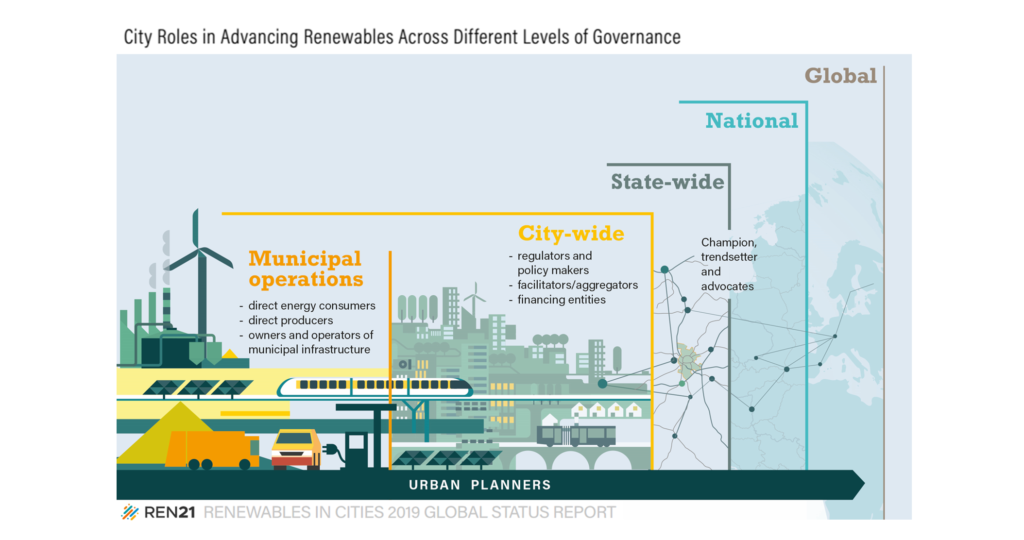 To increase the share of renewables in their own operations and infrastructure, city governments are switching to renewables for their municipal operations. Think: renewably powered and heated offices, recreation facilities, schools and public housing, renewably-powered street lighting, and entire municipal transport fleets running on renewables.

Some city governments are also using their urban activity to produce renewable energy locally. For example, installing distributed renewable technologies on their own buildings, and using urban waste and wastewater to produce biogas, biomethane and other biofuels.

More importantly, city governments can implement policies to influence the choices of businesses, households, communities and other urban actors to encourage them to use renewables. Many local governments are responsible for urban planning and zoning, and can influence the design of buildings and other urban infrastructure through ambitious renewable energy targets and comprehensive policies. 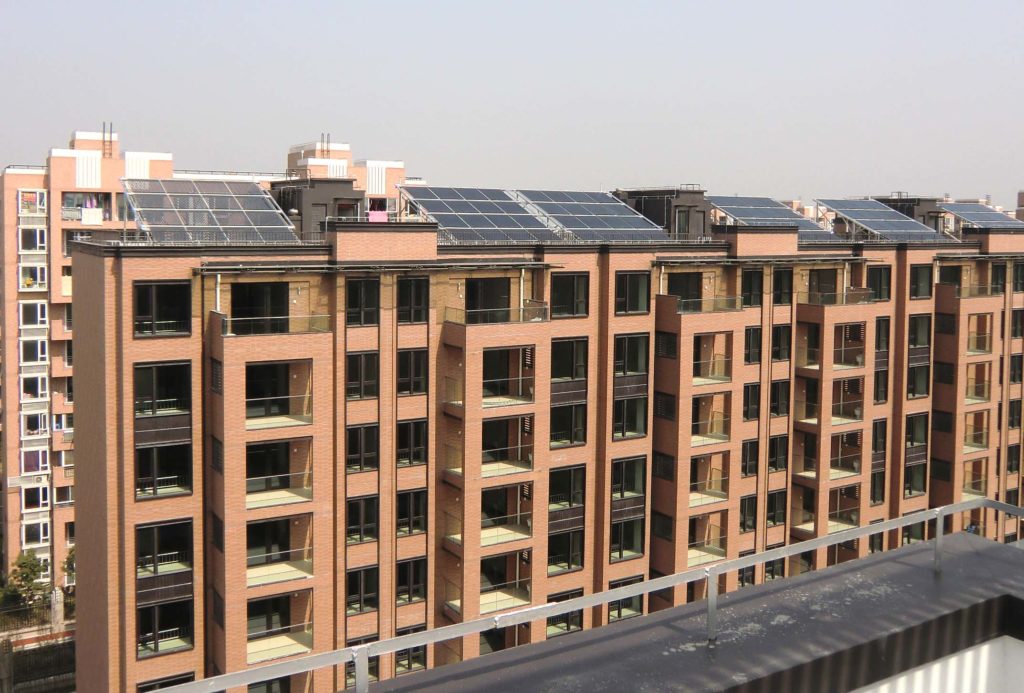 For example, municipal governments can implement building codes that mandate the integration of energy efficiency and renewable energy solutions. They can ban the use of fossil fuels to power and heat buildings, and instead subsidise green roofs equipped with solar systems and electric vehicles that rely on renewable electricity for charging.

In transport, they can use zoning to ban the use of high polluting vehicles such as private cars. At the same time, they can improve public transport and the walkability and cyclability of cities to encourage active modes of transport.

In some cases, city governments have an advantage when it comes to policy making and implementation. Without the heavy administrative processes found at the national level, city governments are more nimble than their higher-level counterparts. When they are given the necessary governance authority or autonomy, they are able to act swiftly and boldly in the shift to renewables.

We saw this in action during the COVID-19 lockdown. Metropoles including Paris, Milan and Berlin gave up road space in favour of walking and cycling lanes. Meanwhile, Amsterdam adopted a new model for the city’s economic recovery: a doughnut model, with the UN’s Sustainable Development Goals at its core.

Here at REN21, we want to inspire and equip urban stakeholders to take action towards renewables. The new Renewables in Cities 2021 Global Status Report will give the latest updates on renewable energy uptake in cities, as well as policy success stories from urban areas worldwide. This year’s report has a special focus on cities in Sub-Saharan Africa.

Don’t miss out! To register for the main launch event or to sign up to receive email updates about the 2021 report and launch events, click here.

There is an unprecedented momentum for leaving the fossil fuel age behind us. And we must do it now. Before the COVID pandemic, millions of young people took to the streets to force decision-makers to understand the climate crisis we are facing. While protests had to go digital over the last several months, it does not alter the fact that patience and faith in politicians, who hesitate and waver, is fading away.