The Real Winner In The War Between Fossil Fuels And Renewables 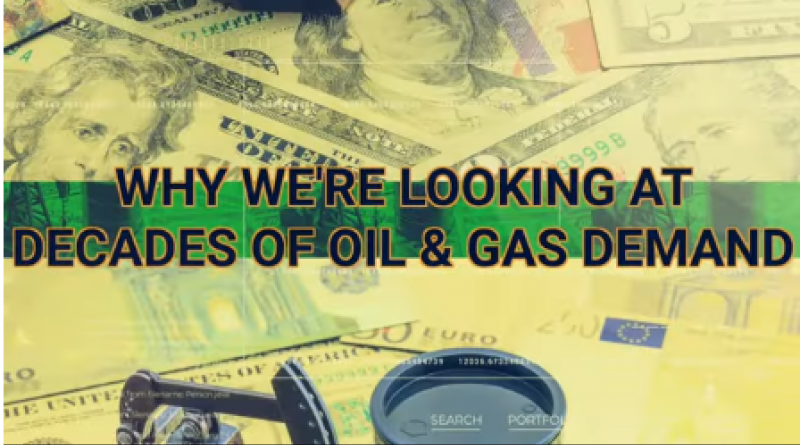 The pressure from international organizations and governments to transition quickly away from fossil fuels is driving up demand for other natural resources dramatically. While the world focuses on leaving coal, oil, and gas in the past, as we invest heavily in renewables, one issue has been largely overlooked – the hefty use of metals in renewable energy projects.

As governments, international organizations, and environmental activists around the world ramp up the pressure for energy companies and consumers to switch from traditional energy sources to renewable alternatives, the reliance on metals is increasing year on year to support the budding renewables industry. Copper is one of the high-demand metals in question, used in many components needed for the generation of solar, hydro, thermal, and wind energy, as well as in electric vehicle (EV) batteries. In fact, around 25 percent of copper use was associated with green energy in 2021, a figure that is expected to increase to 40 percent in 2022. For this reason, the estimated demand for copper is expected to increase by 350 percent by 2050. This has also driven up the price of the metal, with copper doubling in price in the U.S. between 2019 and 2020.

We’re now seeing a battle in the U.S. over whether copper mining should go ahead or not. There seems to be a generational divide in some mining towns, with youths enthusiastic about the new economic potential copper mine developments would bring. However, the older generations and the former miners of towns across the U.S., like Superior in Pinal County’s Copper Corridor, deeply distrust big mining firms, which have previously extracted metals without considering the impact on the landscape and leaving a huge mess in their wake.

In New Mexico, there is now talk of reopening the Sierra County Copper Flat Mine, which closed down during the 1980s as copper prices plunged. Resource company Themac Resources is in the process of applying for a 12-year mining permit, which could see New Mexico become a hub for copper mining, with Freeport-McMoRan’s Chino and Tyrone copper mines proving to be extremely lucrative, as the company expects copper demand to double in the next five years. The reinvigoration of the metals markets could see greater investment in failed mines and disused terrain across the U.S. as the demand for copper, nickel, cobalt, and lithium increases.

However, local residents and environmentalists worry that the development of new mining areas will bring about the age-old concern of contaminants spilling over from the projects into the groundwater, and increased levels of pollution in the area. So, the battle between the lesser evil continues – fossil fuels versus renewable energy relying on metals.

Some states are already taking action to prevent the environmental degradation mining would bring. For example, in Minnesota, the Forest Service recently proposed a 20-year ban on mining in the state’s Boundary Waters zone, which would halt the Antofagasta Plc Twin Metals copper and nickel development, for fear of it destroying a 1 million-acre preserve.

As the need for copper increases, it is clear that retrieving enough of this metal to meet demand will not be an easy feat. Alongside opposition in the U.S., other copper-rich regions are dealing with their own challenges. In Chile, the world’s largest copper-producing country, the country’s political support is polarized heading into the presidential vote this Sunday. The mining sector is concerned about the potential impact either candidate would have on the industry, with campaigns hinting at increases in royalties on mining profits. The country is currently debating a controversial mining royalty bill and with the state of political instability of the country, the outlook for Chile’s copper industry is uncertain.

Despite challenges in production, there is no sign of the demand for copper and other metals letting up, as global leaders coming out of COP26 feel even more pressure to perform on green policy promises. If the countries that have pledged net-zero carbon emissions are successful in their aim, the price of copper, nickel, cobalt, and lithium could increase fourfold, totaling $13 trillion accumulated over the next two decades.

In addition to the increase in mining, the race is on to find environmentally friendly alternatives to these metals for use in renewable energy components, as well as to improve metal recycling methods to make the use of these resources more sustainable. There is significant potential for reuse, as copper has an infinite recycling life and in 2020 an estimated 35 percent of the U.S. copper supply came from recycled copper products.

While governments, companies, and consumers around the world vow to make the switch away from fossil fuels to renewable energy, it is important to consider the increased resources required to power this industry. Demand for copper, nickel, cobalt, and lithium will increase dramatically before alternatives or widescale recycling methods are achieved, meaning the need for new mines and increased production over the next decades. Going into this new era, we must consider whether ramping up metal extraction will be the environmental concern of the future, as we are dealing with coal, oil, and gas today.

By Felicity Bradstock for Oilprice.com