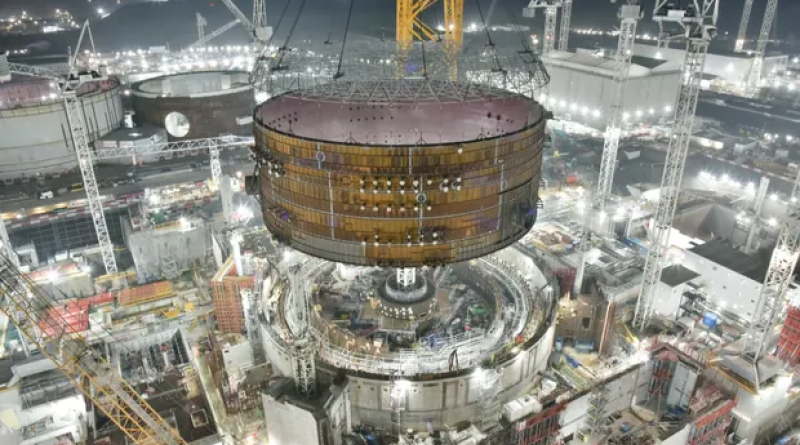 UK only in early stages of finding permanent site for underground storage of hazardous spent fuel.

As Boris Johnson prepares a new push for nuclear power, the £131bn problem of how to safely dispose of vast volumes of radioactive waste created by the last British atomic energy programme remains unsolved.

The hugely expensive and dangerous legacy of the UK’s 20th-century nuclear revolution amounts to 700,000 cubic metres of toxic waste – roughly the volume of 6,000 doubledecker buses. Much of it is stored at Sellafield in Cumbria, which the Office for Nuclear Regulation says is one of the most complex and hazardous nuclear sites in the world.

As yet, there is nowhere to safely and permanently deposit this waste. Nearly 50 years ago the solution of a deep geological disposal facility (GDF) was put forward, but decades later the UK is no nearer to building one.

Experts say new nuclear facilities will only add to the problem of what to do with radioactive waste from nuclear energy and that the “back end” issue of the hazardous toxic waste from the technology must not be hidden. An assessment by the Nuclear Decommissioning Authority (NDA) says spent fuel from new nuclear reactors will be of such high temperatures it would need to stay on site for 140 years before it could be removed to a GDF, if one is ever built in the UK.

The prime minister’s nuclear ambition, it is understood, rests with even more modern nuclear reactors, known as advanced modular reactors. But nuclear waste experts say no one knows how to deal with the waste from such reactors, because they are such a new technology.

“It is essential to talk about the back end of the nuclear fuel cycle when you are considering building new nuclear power stations,” said Claire Corkhill, a professor of nuclear material degradation at the University of Sheffield and a member of the Committee on Radioactive Waste Management, an independent body that advises the government. “Whilst we have a plan to finally and safely deal with the waste, it is less certain how this will be applied to the modern nuclear reactors that the government are planning to roll out.

“These are completely different to previous reactors and we are at a very early stage of understanding how to deal with the waste. In my personal view, I do not think we should be building any new nuclear reactors until we have a geological disposal facility available.”

The cost of decommissioning and disposing of the radioactive waste from nuclear power stations built in the 1950s, 1970s and 1990s has risen to £131bn, according to the latest NDA annual report.

This is likely to rise further as the costs of building a deep geological disposal site rise to up to £53bn. Attempts to build an underground dump for nuclear waste have so far failed. Nine years ago an attempt to site one in Cumbria was rejected.

A new attempt to find a site is in its early stages. Three sites in Cumbria and one in Lincolnshire are being examined. If it goes ahead, it could be years before building starts, and the GDF would only be available to receive waste from the late 2040s.

“The amount of legacy waste is not small in terms of nuclear waste,” said Corkhill. “It is expensive to deal with. These materials are hazardous and we are looking at an underground footprint of some 20km at a depth of 200 metres to 1,000 metres. So regarding new nuclear sites, we need to think about whether it is possible to build a GDF big enough for all the legacy waste and the new nuclear waste.”

The power stations that need decommissioning include 11 Magnox power stations built between the 1950s and 1970s, including Dungeness A in Kent, Hinkley Point A in Somerset and Trawsfynydd in north Wales, and seven advanced gas-cooled reactors built in the 1990s, including Dungeness B, which closed last year, Hinkley Point B and Heysham 1 and 2 in Lancashire.

It is likely to take until 2150 to deposit the legacy waste into a GDF, if one is built. Only then would a GDF be able to take waste from new nuclear reactors.

Steve Thomas, a professor of energy policy at the University of Greenwich, said: “Despite 65 years of using nuclear power in Britain, we are still, at best, decades away from having facilities to safely dispose of the waste. Until we know this can be done, it is premature to embark on a major new programme of nuclear power plants.”

NDA documents show that as of 2019, the volume of nuclear waste that needs to be permanently disposed of in a deep GDF is 773,000 cubic metres. Of that waste, 10% is from new nuclear facilities, while the rest is legacy waste.

A government spokesperson said: “​This is not an either/or situation. As the prime minister has said, nuclear will be a key part of our upcoming energy security strategy alongside renewables. We are committed to scaling up our nuclear electricity generation capacity, and building more nuclear power here in the UK, as seen through the construction of Hinkley Point C – the first new nuclear power station in a generation.

“Alongside this we’re developing a GDF to support the decommissioning of the UK’s older nuclear facilities.”

California tackles food waste with largest recycling program in US