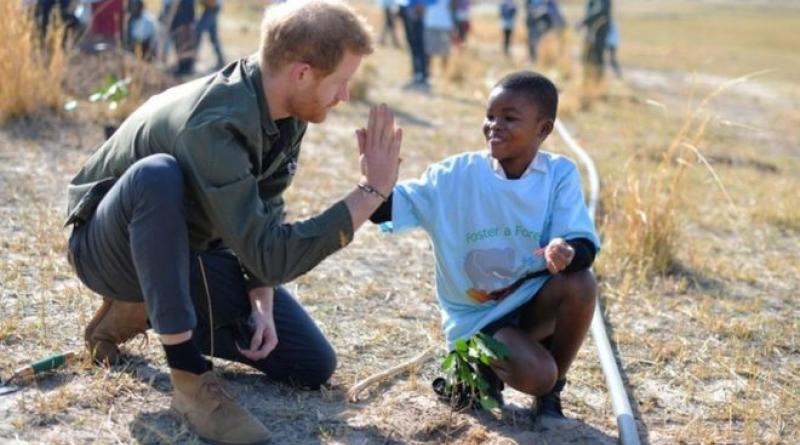 The Duke of Sussex has defended climate change activism led by Swedish campaigner Greta Thunberg, calling the effort "a race against time".

"Everyone knows it... no-one can deny science," Prince Harry added.

Several million people took part in so-called "strikes" led by schoolchildren around the world on Friday.

Prince Harry also said Botswana, which he is visiting on a tour of southern Africa, had been a place to "get away from it all" after his mother's death.

He said he had visited the country soon after Diana, Princess of Wales, died in August 1997 and had made "some of his closest friends" there.

"Now I feel deeply connected to this place and to Africa," he said during a visit to the Chobe Tree Reserve.

The prince has been helping to plant trees on the banks of the Chobe River following decades of deforestation and was greeted by his friend Dr Mike Chase, a conservationist working with locals to develop the site into a nature and cultural reserve.

"This last week, led by Greta, the world's children are striking," the prince said.

"It's a race against time and one in which we are losing. Everyone knows it, there's no excuse for not knowing that."

He went on to say there had been scientific evidence of climate change for at least 30 years.

"And it's only getting stronger and stronger," he added.