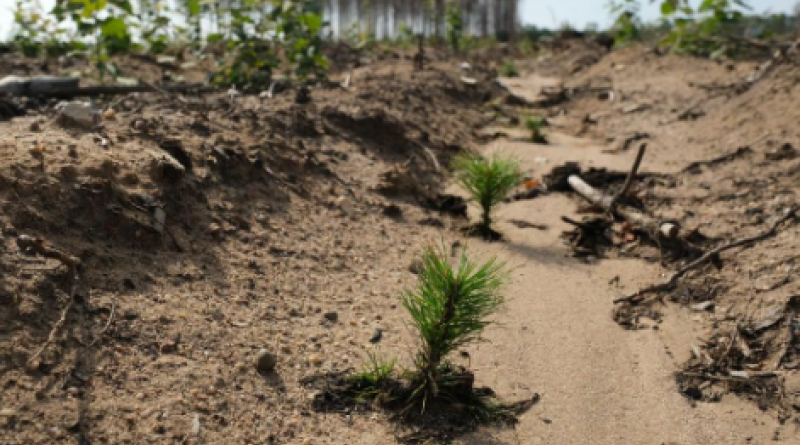 ‘Planting trees over large areas is advantageous and should be done for climate purposes,’ professor says

Planting forests could cool the Earth’s atmosphere more than previously thought, a study from Princeton University has suggested.

“We show that if one considers that clouds tend to form more frequently over forested areas, then planting trees over large areas is advantageous and should be done for climate purposes,” professor Amilcare Porporato said in a statement.

Some scientists have thought that planting forests in midlatitude areas such as North America or Europe could make the planet hotter. Forests absorb a lot of the sun’s radiation because forested surfaces reflect small amounts of sunlight. In tropical areas, the low reflection of sunlight is offset by taking up more carbon dioxide through the dense vegetation.

But in more temperate areas, concerns have been expressed that the “sun’s trapped heat could counteract any cooling effect forests would provide by removing carbon dioxide from the atmosphere”, according to Princeton University researchers. But a new study at the institution has found that this line of thinking could be missing what clouds add to the equation.

In the peer-reviewed journal Proceedings of the National Academy of Sciences, the researchers report that the cloudier skies often found over forested areas means that reforestation could lead to cooler temperatures to a larger extent than previously thought.

“The main thing is that nobody has known whether planting trees at midlatitudes is good or bad because of the albedo problem,” Dr Porporato said.

Albedo is a term used to refer to the ability of a surface to reflect sunlight.

Clouds have a high albedo, similar to that of snow or ice, and can have brief cooling effects on the Earth as they block the sun. But Dr Porporato noted that clouds have been difficult to study, leading to their exclusion from many studies of natural measures to fight the climate crisis, such as planting new forests.

The researchers found that in the areas they studied, clouds had a cooling effect, along with removing carbon from the atmosphere – a practice that is known as carbon sequestration – that outweighed the solar radiation that forests absorbed.

According to the International Union for Conservation of Nature, around “2.6 billion tonnes of carbon dioxide, one-third of the CO2 released from burning fossil fuels, is absorbed by forests every year”.

Models created by the researchers showed that forested areas were cloudier than grasslands and other areas with short vegetation and that the increase of cloudy weather had a cooling effect on the atmosphere as they reflect radiation away from the planet.

“The eastern United States or southeastern China are well-suited to reforestation” and afforestation – the practice of planting forests in areas that previously were bare – but are also suitable for farming, the university said.

“We can’t just consider climate change, but must also consider other factors, such as biodiversity and the fact that land is also needed for food production,” Princeton engineering graduate student Sara Cerasoli said in a statement. “Future studies should continue to consider the role of clouds, but should focus on more specific regions and take their economies into account.”

“The first thing is to not make things worse,” Dr Porporato added. “So many things are connected in the earth system. The nature of interactions between, for example, the water cycle and climate mean that if you change one thing, it’s very difficult to predict how other parts of the system will be affected.”

Why keeping one mature street tree is far better for humans and nature than planting lots of new ones.

Africa is Planting Tens of Millions of Trees in the Desert. Here’s Why.